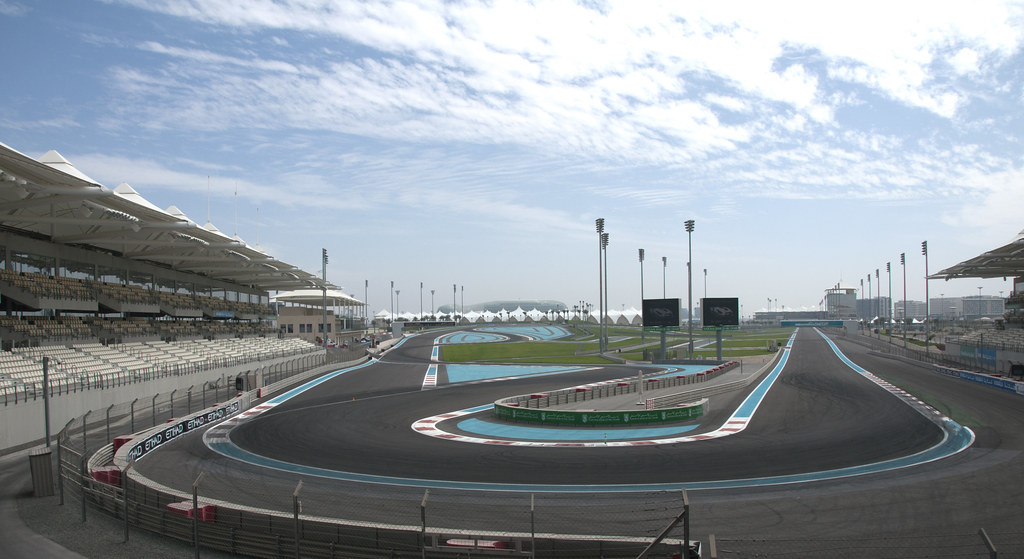 The final laps of the Abu Dhabi GP saw Max Verstappen overtake Lewis Hamilton en route to his maiden world title, but not without controversy. Many believed that the stewards have made a deliberate decision to benefit one party, but did they?

Nicholas Latifi slid wide at Turn 14 on lap 53 and crashed heavily into the barrier. It was inevitable that there was going to be a Safety Car. Max Verstappen pitted for a fresh set of soft tires on the same lap. He came out of the pits in P2 but five cars behind Lewis Hamilton in P1.

Those five lapped cars included Car No. 4, 14, 31, 16, and 5. Those five cars overtook the Safety Car to unlap themselves, making it a two horses race for the leaders. A one-lap race in which Max Verstappen came out on top and thus, took the title with him.

The first message from the stewards was: “Lapped cars are not allowed to overtake the Safety Car (to unlap themselves)”. This is correct because lapped cars will need to go full speed to rejoin the field and unlap themselves. The marshals were still present at Turn 14, and having lapped cars fly past could lead to a dangerous situation. We have seen this before in Imola 2020 when lapped cars blasted past the scene of the accident where George Russell hit the wall. Race Control Michael Masi has learned from his mistake, and thus, the decision is correct.

The third message from the stewards was: “Safety Car in this lap”. This message immediately follows the second message. The second message was correct because only then it is safe for lapped cars to fly past Turn 14, as there was no more debris and marshals at the scene.

Arguments from both sides

Mercedes believed that the FIA breached Article 48.12. It states:

“Any cars that have been lapped by the leader will be required to pass the cars on the lead lap and the Safety Car”.

But only five out of eight lapped cars received the second message to overtake the Safety Car.

“Once the last lapped car has passed the leader, the Safety Car will return to the pits on the following lap”.

The Safety Car ended on lap 57, but Mercedes believed it should end on lap 58, which is the following lap. It means that the race will finish under Safety Car condition. But Red Bull believed that Article 48.13 overrides Article 48.12. It states:

“The message Safety Car in this lap means the Safety Car will return to the pits on that lap”.

Red Bull also believed that Article 15.3 gave Race Control the “overriding authority”. This means Race Control can override the use of the Safety Car, when to deploy, and when to withdraw, hence the third message.

Race director Michael Masi believed that the purpose of Article 48.12 is to remove lapped cars that interfere in the leader’s racing. In this situation, they were the five lapped cars between Verstappen and Hamilton, hence the second message. He also believed that Article 48.13 overrides Article 48.12 in that situation. The key point that led to the dismissal of Mercedes’s protest is Article 15.3, which gave the stewards the “overriding authority”.

I agree with the stewards. There has been a long-standing agreement between all teams that, where possible, the race should end under green flag condition, not a Safety Car parade. The stewards were between a rock and a hard place. Because there was not enough time for all eight cars to overtake the leaders and the Safety Car before the control line as the other three were far behind. And the second message could not be given earlier than Turn 9 because the marshals were still working at the scene. While Article 48.12 might not have been fully applied, the stewards did everything they could to protect the agreement to have a one-lap race to the end. Article 48.13 and Article 15.3 override Article 48.12, and thus, all three messages are justified.

We hope you enjoyed the article ‘Stewards’ decisions at the end of the Abu Dhabi GP are justified, here’s why…” Do you think the stewards decisions were justified? Let us know!