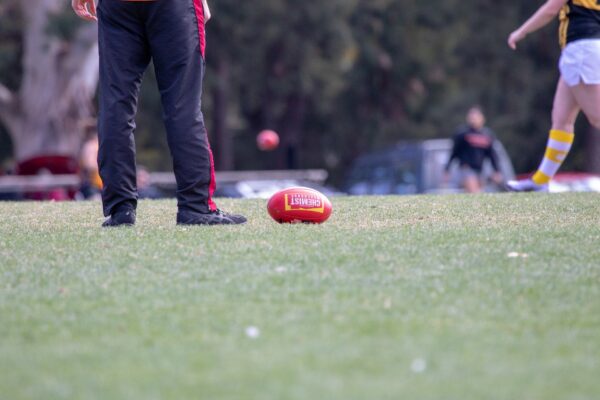 The Australian Football League (AFL) is set to see an increased number of fans return following the return of action from the COVID-19 outbreak.

Australia’s most popular spectator sport was drawn to an abrupt suspension as a result of the COVID-19 pandemic. After the first round of matches, Australia had a reported number of 424 cases on 24th March.

Now numbers have dropped tremendously, with only thirteen new cases throughout the entire country, despite 476 active cases of the virus.

Despite this, the AFL now have the incentive of using Western Australia as the centre of the league after the state government announced that 30,000 spectators will be able to attend matches from this Saturday.

WA Government will allow 30,000 fans at Optus Stadium from this Saturday. pic.twitter.com/lI3WQh1wq5

The Changes to Come

The Western Australia government also has plans to allow full-capacity crowds from July 18th meaning numbers could increase to 60,000 at the Optus Stadium.

This call by the state will have an impact on Western Australia based sides West Coast Eagles and the Fremantle Dockers who are currently set up on the Gold Coast. They will return to Perth once they have played their four scheduled matches in Queensland.

Elsewhere, the Queensland government has announced that all sport stadiums will be able to accommodate for 25% of the capacity. This means that 10,000 fans will be able to step foot into the Gabba, which has 42,000 capacity, to watch the clash between the Brisbane Lions and the Adelaide Crows.

Nearly 6,000 supporters will be allowed into the Metricon Stadium for Port Adelaide versus West Coast Eagles as well as the encounter between Gold Coast Suns and Fremantle Dockers.

“Queenslanders have earned this reward and earned their chance to go to the footy and I’m really pleased that they will be able to from next weekend.”

However, the recent spike in Victoria could result in Western Australia making a u-turn on that decision.

This decision has raised some eyebrows as at the beginning on the suspension the AFL stated they “would stand down for a minimum of thirty days,” if any player tested positive for coronavirus.

Essendon’s Conor McKenna tested positive on Saturday. The AFL have reacted with banning any contact in training for the next four weeks, though updates are conflicting.

The club can confirm Conor McKenna has returned a negative result to a COVID-19 test today.

We hope you enjoyed the article ‘The Fans Return: AFL to Increase Capacity at Games.’ What do you make of the capacity changes within stadiums? Let us know!

For news about COVID-19 and other sports, see below:

Adam is currently studying the BA Sports Journalism degree at the University of South Wales’ Cardiff campus. An avid sports fan, in particular football, Adam has recently sparked an interest in Women’s football after beginning a role with Swansea City Ladies as a media assistant. He Currently lives in Neath, South Wales. Adam is available to be contacted through the following email: a.evans0310@outlook.com