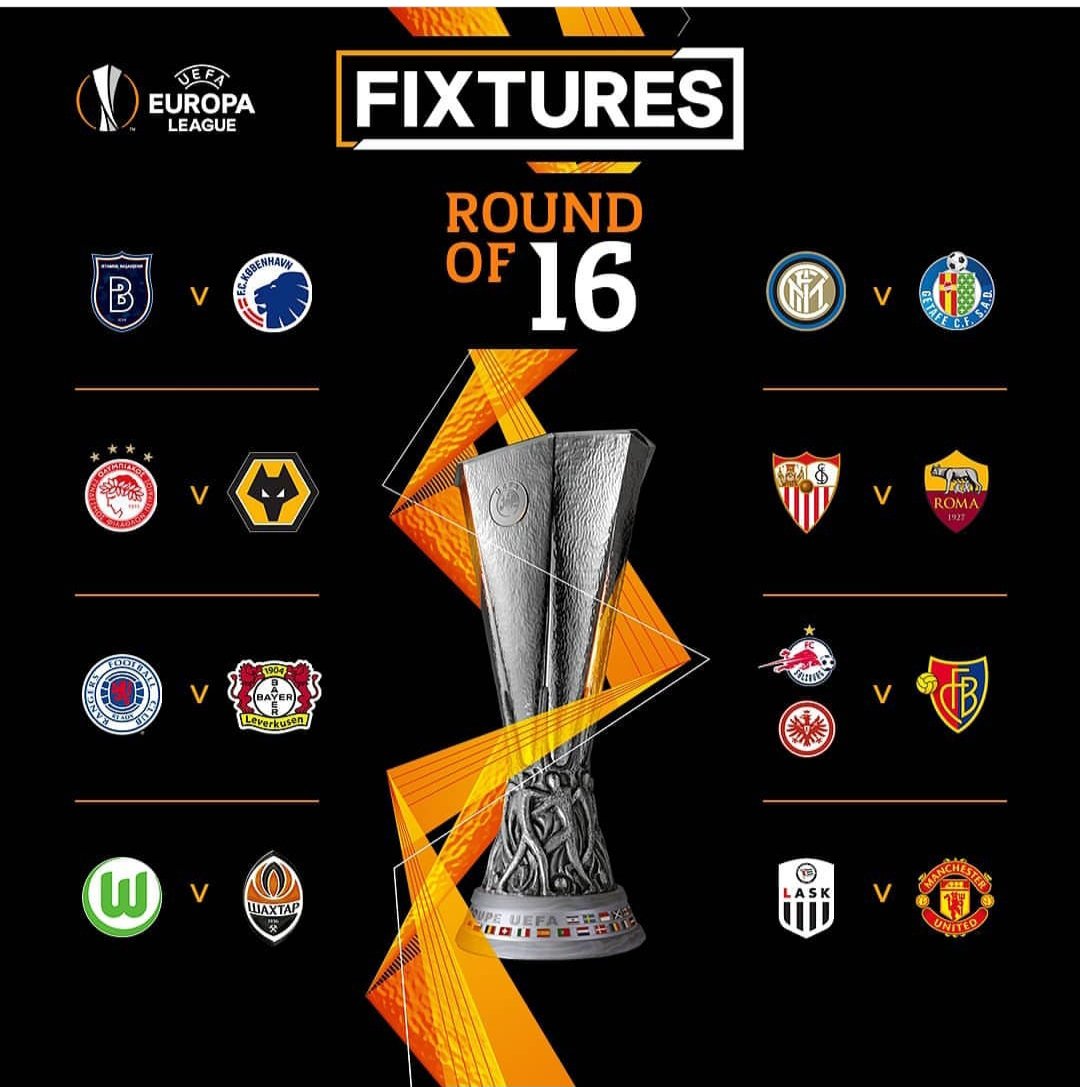 Wolves come up against Greek side Olympiakos, the Greek side who recently knocked Arsenal out of the competition.

Scottish Premiership side Rangers are set to face German side Bayer Leverkusen.

Manchester United now sit at odds of 7/2 to win the Europa League whilst Italian side Inter Milan are second favourites with odds of 9/2.

Sevilla vs AS Roma

Frankfurt or Salzburg vs FC Basel