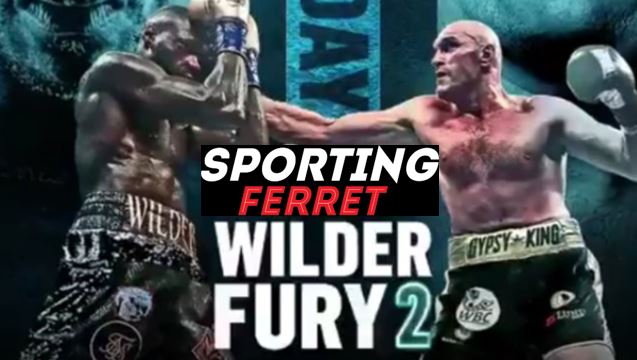 The awaited Tyson Vs Fury 2 rematch is now upon us, with Las Vegas prepared for the rematch fight today 22 February 2020.

The first fight ended in a controversial draw, with Tyson Fury being robbed of the best boxing comebacks in history.

Since the first fight, boxing fans have been wanting this fight to happen for a long time. Wilder has thrown insult to Fury, saying he doesn’t have enough power to knock him out.

He said: “I still think Tyson had a pillow as a fist but he’s a skillful fighter though. But you can’t have it all, people say I don’t have skills but I have the punch.

“That’s what I felt at the time (pillow as a fist).

“It’s an adrenaline rush in the ring, we’re all brave warriors, we’re all gladiators and that’s what we become in order to fight and give you guys the best show of your lives.”

The heavyweight title bout will take place on Saturday, February 22 and is being held at MGM Grand in Las Vegas.

As the fight is happening in the evening in America, it will mean a late night to early start for UK boxing fans.

Estimated fight start time in USA: Between 8pm and 9pm

Estimated fight start time in UK: Between 4am and 5am GMT

How to watch Deontay Wilder vs Tyson Fury 2 fight

BT Sports Box Office has the rights to show the fight, it will cost viewers £24.95. This is currently what we know about the different platforms you can view the fight on.

On Virgin Media: If you’re a Virgin Media customer helpful information will be displayed on your set top box and you can also find out more online.

On Sky TV: If you’ve got a Sky box and a Sky viewing card, you can buy and watch a BT Sport Box Office event through your TV on channel 490. You can buy online here.

How to live stream Wilder vs Fury

You can watch the fight, after paying, on the BT Sport Box Office app or online. When purchased, the fight can be watched on PC/Mac, iOS and Android. Alternatively talkSPORT will bring you exclusive radio coverage and a live blog on our website.

Click for information on first Fury Vs Wilder fight