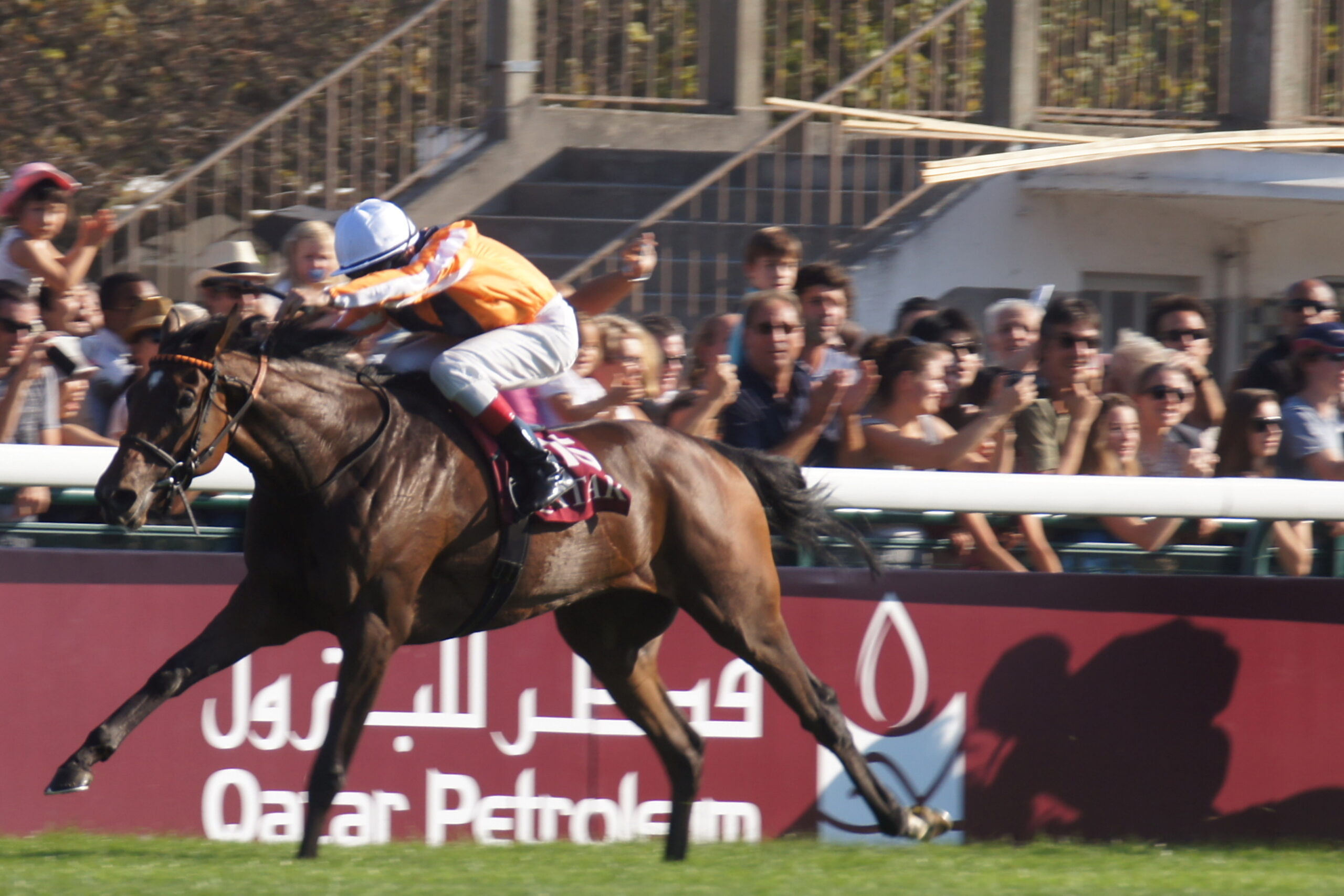 Love comes to town in less than a fortnight.

The Aidan O’Brien trained three-year-old has a favourites chance in the 100th anniversary of Europe’s richest horse race. The Prix de L’Arc de Triomphe is contested in the first weekend in October, at Longchamp in Paris. The unbeaten Irish star will undoubtedly face its toughest test to date, against some of the world’s best thoroughbreds.

One of its principal rivals – Enable, is attempting to become the first horse in history to win the race for a third time. Under the masterful guidance of jockey Frankie Dettori, Enable won the Arc in 2017 and again in 2018. In last year’s renewal, she briefly hit the front in the final furlong of the Mile and a half contest, only to lose out to the fast finishing Andre Fabre trained, Waldgeist. French-born Fabre holds the distinction of being the most successful trainer of Arc winners, bagging eight thus far.

Dettori enters the fray as the winning-most jockey, having triumphed on no less than six occasions. His first victory dates back a quarter of a century, aboard the hugely impressive Lammtarra.

Frankie’s unique relationship with Enable has captured the heart of race enthusiasts worldwide, and the possibility of an unprecedented third success, would further cement his position as the world’s leading Group 1 Jockey.

As in all sport teamwork is key. The unassuming Trainer John Gosden (and his devoted staff), have quietly nurtured the six-year-old filly throughout her extraordinary 18-race career. A career in which Enable has occupied the winners enclosure on no fewer than fifteen occasions; been placed second twice, and third once.

The 2020 renewal of the Arc, is recognised within the Racing fraternity as the filly’s swansong.

In her first outing of the 2020 season, she suffered a two and a quarter length defeat to Ghayyath, who will oppose once more at Longchamp.

Comrade was the inaugural winner of the Prix de L’Arc de Triomphe back in 1920. I urge sports fans to tune-in a week on Sunday to witness the centenary event, where Frankie Dettori’s famous dismount will (hopefully) cap a sporting comradeship like no other.

We hope you enjoyed this article ‘The Prix de L’Arc de Triomphe Returns’. Where do you think it ranks among the world’s most prestigious horse races? Let us know!

Read more on horse racing and other racing here: