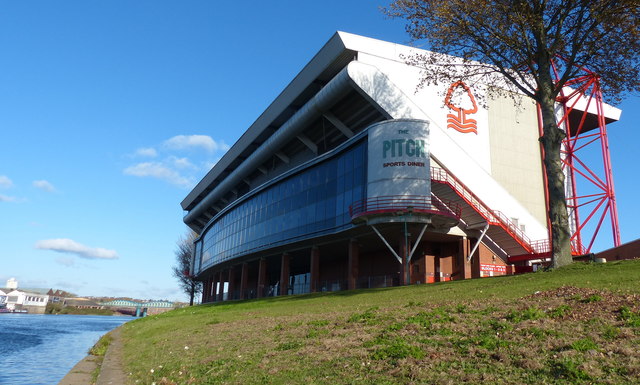 Nottingham Forest: Could the Reds be on the Rise?

Undoubtedly one of the most historic teams in the English game, a club that younger football fans may have little knowledge of, Nottingham Forest look to be rebuilding for success.

After local rivals Notts county were relegated from League 2 in 2019, Nottingham Forest were handed the crown as the oldest professional football team in England (founded in 1865).

Forest ruled as European Champions two years in a row during the 1978/79 and 1979/80 seasons, indicated by the two stars featured on the club’s crest. A reign that took place under Brian Clough’s control. Clough will always be remembered as not just a Forest legend, but a legend in English football as a whole, for his achievements as both a player and manager of Nottingham Forest.

The good times have passed for Forest fans. The team currently plays in the Championship, England’s second tier, and have been unable to achieve a top-six finish for almost 10 years.

The 2019/20 season was Sabri Lamouchi’s first year in charge of Forest. The Frenchman who formerly managed Rennes and the Ivory Coast National team, recruited 12 players during the summer transfer window.

This one took some time to put together…

A look at the first year under Sabri Lamouchi; his successes, his failures and hopefully a few things you might not have known… #NFFC https://t.co/PYYlKU4zow

The 19/20 summer transfer window included a raid of the Portuguese Primeira Liga. Forest signed left-back Yuri Ribeiro and midfielder, Alfa Semedo, both from Portuguese giants Benfica. Along with the pair came Tiago Silva from CD Feirense. Standing at 5 ft 7 inches, the midfielder’s ability to pick out a long range pass proved helpful, finishing the season with 3 goals and 4 assists.

On the other hand, Yuri Ribeiro appeared in 27 of Forests 19/20 Championship fixtures. The 23 year-old was exceptional at executing attacks down the left flank, and retreating at speed when on the receiving end of counter attacks. The signing of French goalkeeper Brice Samba also proved to be a brilliant piece of business by Forest. Samba was quick to become a fan favourite at the City Ground, keeping 13 clean sheets in the league. Samba regularly displayed his passion for the club across his social media feeds.

Really feel like I could have done better on that last goal but the ball movement was so s**t !!! Sorry to let you down on this one I owe you guys 🙏🏾 thanks for the continuous support I love you all ❤️ #NFFCUBeauty

Nottingham Forest’s season encompassed a total of 18 wins and 12 losses, along with 16 games finishing all square. 13 out of 50 of the Reds conceded goals came in the final 15 minutes of play (including added time). These are the figures that really held the Reds back over the course of the campaign.

It all came down to the final day of the season that shattered Forest hearts. Lamouchi’s men were 90 minutes away from a possible Play-off spot, having been sitting in the top-six since December. A win was all that was needed against an unimpressive Stoke City side. The Potters ran away with the victory, winning 4-1.

The success of Nottingham Forest was all dependent on how many goals Swansea City would score against Reading. Ironically Swansea won their final match of the season 4-1. This meant the Swans had stolen the final Play-off spot from the reach of Nottingham Forest.

An impressive season ended in dismay for Forest fans. Another season of second tier football at the City Ground, yet there are plenty of positives heading into the new season. Sabri Lamouchi and his players bring a bundle of hope to the 20/21 campaign.

One impressive feature at the City Ground is the Nottingham Forest youth academy. In the previous 5 years, Forest have made nearly fifty million pounds, just from the sales of 5 youth academy players. The most recent of those 5 sales was the Reds fan-favourite, Matty Cash.

Absolutely buzzing to have signed a 5 year deal at Aston Villa. Something I’ve always dreamed of since I was a young boy to play in the premier league, it really is a dream come true. I can’t wait to meet up with the squad, meet everyone around the club and the supporters! #AVFC pic.twitter.com/o9QU7sESK1

On the third of September 2020, arguably one of the Reds most promising youth academy products, Matty Cash was sold to Premier League side Aston Villa. During the 19/20 season, Cash proved to be an extremely versatile player, with the ability to play as a right midfielder, central midfielder, and most predominantly a right-back. The 23 year-old appeared in 42 of 46 Championship games for Forest last season. Being an attacking full-back, Cash racked up 3 goals and 5 assists, and was later crowned Nottingham Forest’s player of the season.

Although a star player has departed the club, there is plenty for Forest fans to be jubilant about regarding this sale. Aston Villa purchased their new man for a reported sixteen million pounds. A sixteen million pounds that should be spent wisely on new arrivals at the club. Lamouchi’s squad still contains 6 players under the age of 23, with a number of youth academy players currently rising through the ranks at the club.

A top-six finish will definitely be the target for Nottingham Forest heading into the new season. Lamouchi has already sealed the signatures of 6 players, strengthening all outfield positions.

Former Manchester United central defender, Tyler Blackett, arrives at the City Ground, adding extra stability to the Forest back-line. Jack Colback, previously on-loan at the City Ground for a year and half, re-joins the Reds. The defensive midfielder has made 54 appearances during his two loan spells at the club. Forest have also splashed £4.5 million on French defender Loïc Mbe Soh from Paris Saint-Germain.

Sabri Lamouchi added an additional two midfielders to his squad with Cormoran, Fouad Bachirou signing from Malmö in Sweden. Attacking midfielder Luke Freeman has signed for Forest on a 1-year loan deal, with the option to buy come the end of the season.

Strikers, Lyle Taylor and Miguel Ángel Guerrero have both signed for the club. Therefore both players will be in competition to start, over last seasons 20- goal striker, Lewis Grabban. Appearing in 45 Championship games last season and proving to be a nightmare for defenders, Grabban will be hard to knock out of the starting line-up.

Former Charlton striker Lyle Taylor scored 11 goals in 22 matches last season. However the man from Montserrat was heavily criticised last season for refusing to play in the second half of the season for Charlton. Taylor backed his decision by claiming he’d be putting himself at risk of injury. The striker feared he may have missed out on the chance to move to a bigger club.

With 3 quality strikers at Lamouchi’s disposal, Forest’s manager is likely to play two strikers up-front. This would be a switch from the one striker formation employed last season.

Nottingham Forest can confirm the first-team squad numbers ahead of the 2020-21 season.

We hope you enjoyed the article “Nottingham Forest: Could the Reds be on the Rise?” Where do you think Nottingham Forest will finish by the end of the season? Can Forest finally bag a place-off slot this season? Let us know!