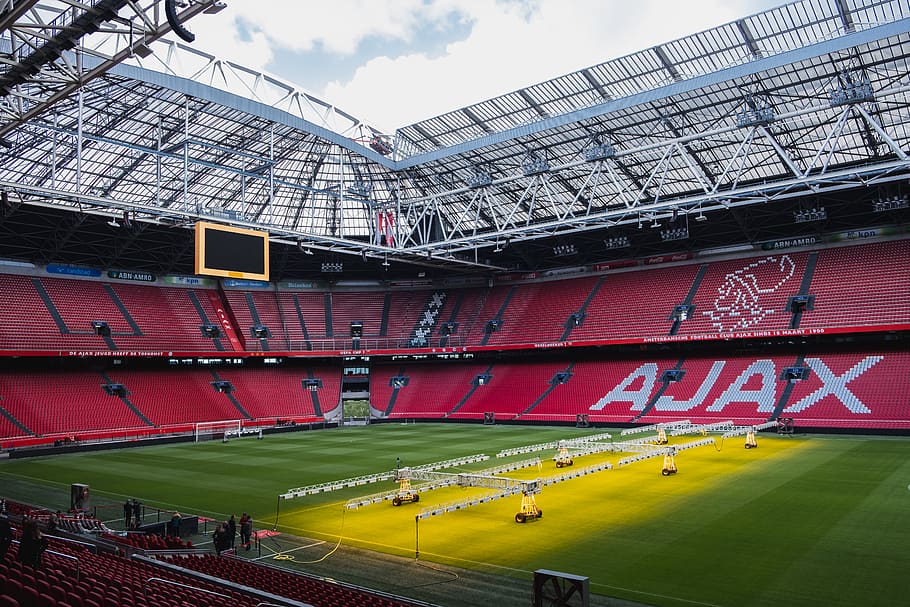 It’s been an emotional summer for Ajax fans, having to say goodbye to some of the clubs longest serving and best talents.

As part of the clubs philosophy, it has become a common theme that each year another set of star pack their bags as they head for Europe’s most elite leagues.

This summer we have had to say goodbye to the likes of Donny Van de Beek, Hakim Ziyech and Joel Veltman as they go to set their sights for the Premier League. The three will be joining former Ajax star Jairo Riedewald who is at Crystal Palace and rumours suggest former Ajax defender Kenny Tete has also made his way over to England.

Ajax have made some crazy profits in recent years 😱 pic.twitter.com/Uk4J5ZSp15

The Premier League has welcomed Ajax players with open arms in recent years and that is seen most at Tottenham. The club signed Davinson Sanchez from the Dutch club, whilst Toby Alderweireld made his way to North London after spells at both Atletico Madrid and Southampton.

Ajax players have been well-appreciated in the Premier League, whilst Tottenham have just let go of Jan Vertonghen – a player that developed and became the player we all know and respect. Whilst the same can be said for Rafael Van der Vaart and Christian Eriksen, with the Dane leaving Spurs after 6 years for Inter Milan.

Whilst the last decade has also seen former Ajax players grace the Premier League that include: Luis Suarez, Davy Klaassen and Siem de Jong. Amongst them, they have had having varying successes away from the Johan Cruyff Arena, but it has shown that the Dutch side have become an experienced affiliate for providing English sides with top-quality players.

The Ajax players to take on the Premier League this season

This season will see a whole host of former Ajax players joining the Premier League to represent many different clubs. One of the most exciting prospects comes in the form of Donny Van de Beek. A young box-to-box midfielder with an incredible attacking knowledge and understanding.

A player that was vital to Ajax’s Champions League Semi-Final run in 2019. His determination and mentality alongside his confidence to get in-between defensive lines will provide a different dynamic to Man United’s attack this season. A fan-favourite at Ajax who will certainly be missed by all.

You will always be one of us. ♥️
Good luck with your new dream. #DreamLikeDonny

Another summer departure comes in the shape of former club captain Joël Veltman. He is a versatile player, being able to play both at right-back and also centre-back. Veltman played over 200 times for Ajax with valuable experience in the Champions League and in the Eredivisie.

After an enjoyable 18 years at the club, the Dutch defender embarks on a new challenge on the South coast with Brighton, bringing a lot of quality and experience to The Seagulls’ defense.

This coming season will welcome a new addition to the Premier League in the way of ‘The Wizard’: Hakim Ziyech. A player known for his quick-feet, his vision on the ball and his ability to provide for his teammates. Chelsea announced the signing back in February and it has been a long wait for fans to finally be able see him in the famous blue shirt at Stamford Bridge.

He showcased his ability against Chelsea during the 2019/20 Champions League Group Stage, having scored and assisted during a 4-4 draw. Ziyech made the pitch his own and it was with this performance that convinced Frank Lampard that he was the perfect choice to join Chelsea’s front-line.

They didn’t call Ziyech “The Wizard of Amsterdam” at Ajax for nothing.

Other former Ajax players to watch-out for this season

Fulham have announced the signing of former Ajax right-back Kenny Tete. A player who offers an exciting attacking option despite being a right-back. The Dutch international was instrumental in Lyon’s Champions League run last season and will be an exciting addition for Scott Parker. The club’s sporting director has described this acquisition as “With the addition of Kenny, we’ve strengthened our squad to compete in the Premier League.”

Having already sorted their left side of the defence out – Fulham fix the right with Dutch international Kenny Tete. With a new GK on board too, and another centre-half wanted, it is all change at the back for Scott Parker. Something they failed to do last time around. https://t.co/MuevrVyUsB

A player that not many people will think of right away is Timothy Fosu-Mensah. The Ghanaian came through the clubs youth developed and left the club aged 16. He is a player that has developed into another versatile defender who is capable of playing in any position around the back. Still only aged 22, it feels asif the young defender has been around for decades but he still has many years ahead of him to develop and become an elite player within the Premier League.

A player that the club only began to see develop before making his way to Selhurst Park is Jairo Riedewald. Now 24, Riedewald was once the next big thing in Amsterdam having become a regular in the first-team at the age of 18. However, after serious injuries, the promising defender struggled to make a serious impact and was allowed to leave the club in 2017. After 3 years in London, Riedewald has become an important player for the club, having won the clubs Player of the Month award in January 2020. As a result of his good performances last season, it is likely that we will see him go from strength to strength this season.

One that we could even see for this upcoming season is the Argentine left-back Nico Tagliafico. A player who has been heavily linked with Leicester since the departure of Ben Chilwell to Chelsea. Known as ‘The Warrior’ at Ajax, Tagliafico is a fighter who leaves it all on the pitch, a player who fights for the club with passion and determination. Don’t let his height fool you because he has proven that he has incredible aerial ability, being an important player for scoring from corners for Ajax. He is a player that Ajax fans will be praying to hold on to this summer but would also be a great addition to any Premier League club this summer.

The Premier League may also welcome Cameroonian Goalkeeper Andre Onana. Although it seems even more unlikely as we get deeper into the transfer window. Onana was originally seen as the perfect replacement for Kepa Arrizabalaga at Chelsea but the rumours suggest that the club have turned their attention to Rennes ‘keeper Edouard Mendy. The former La Masia graduate is confident will the ball at his feet whilst also being a great shot-stopper, having been the Number 1 since he was 20 at Ajax.

We hope you have enjoyed this look at ‘The Ajax Stars That Are Set To Influence The Premier League’. Which Ajax star are you most excited about seeing this season? And which Ajax players do you hope make the move to the Premier League in the future?