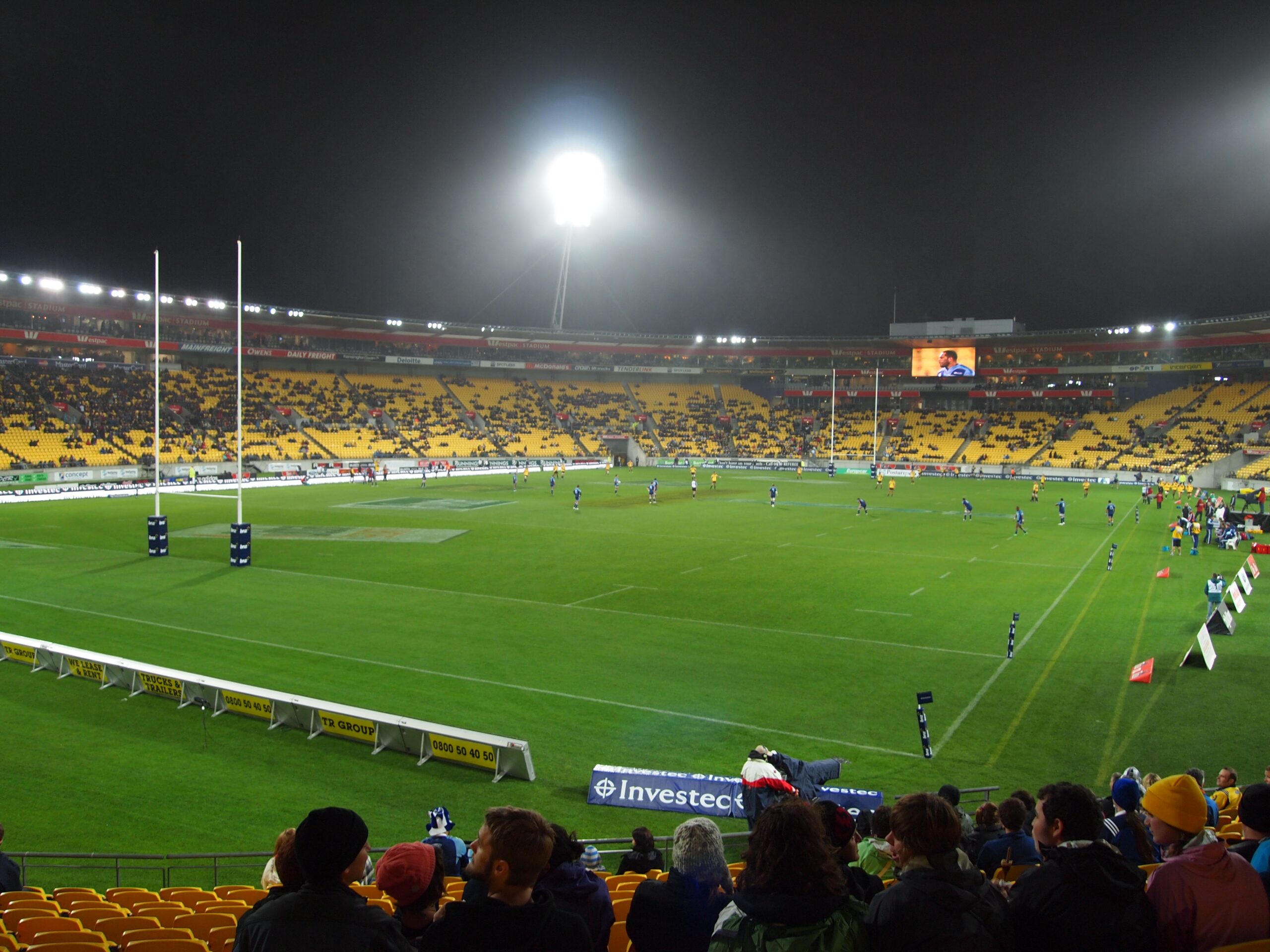 Crusaders Leave It Late To Blow Away Hurricanes

This Sunday, the reigning Super Rugby champions made their first appearance in the Aotearoa version of the competition. They travelled to New Zealand’s capital, Wellington, to face the Hurricanes. The Crusaders Crushed the Hurricanes in a late flurry of tries that earned them a bonus point victory.

The first half exploded into life almost immediately when the Hurricanes lost their own lineout and gave the Crusaders possession. Straight away the men in red punctured the Hurricanes’ defensive line with some brilliant offloads that permitted Sevu Reece to score in the corner after just one minute. All Blacks’ fly-half Richie Mo’unga converted and they were already seven points up.

Sam Whitelock’s contract in Japan ended during lockdown, allowing him to play for Crusaders

Like every game so far, penalties played a big part, and Jackson Garden-Bachop reduced the deficit with a three pointer. Possession changed hands quickly following the restart, with both sides making wonderful breaks of their own.

The Crusaders then found themselves with an advantage and scrum-half Bryn Hall grubbered the ball through for Brayden Ennor to dot down in the corner. Inside 15 minutes the away team had already scored two tries and converted one. It started to look like the Hurricanes were going to be crushed by the Crusaders.

The Wellington side rallied, however, and through the boot of Garden-Bachop, found themselves level again on the half hour mark. The Christchurch franchise then hit back with a well-placed up and under by full-back, Will Jordan. They regained the ball and Jordan offloaded to Jack Goodhue who just had to run through under the posts. The Crusaders got on the wrong side of the referee with the score at 12-19, and Garden-Bachop converted to make the game 15-19.

The second half began in a similar vein and Jack Goodhue was lost to the bin as he took the punishment for his team’s ill-discipline. They were punished once again by Garden-Bachop as the deficit was reduced to one solitary point.

Suddenly, the Hurricanes began conceding more and more penalties, allowing the ‘Saders to pull away with penalties of their own. Eventually, though, the home side managed to score something worth more than three points. Ben Lam cut through the seemingly impenetrable red line, before Ngani Laumape offloaded out the tackle for Asafo Aumua to bundle over in the corner. Garden-Bachop managed to convert from the touch line and the game was once again balanced at 25 points apiece.

With ten minutes to go both sides were still in the game. Then, Hurricanes’ substitute Kobus Van Wyk threw a wild offload from his own five metre line into the hands of replacement scrum half, Mitchell Drummond. Drummond’s offload then found Mo’unga who could not fail to score from so close. Mo’unga then converted his own try and the seven-point deficit was back.

The Hurricanes were losing by seven and the Crusaders had scored four tries, meaning both teams were headed for a bonus point. Not content with this situation, the ruthless Crusaders pinned their opposition back and scored another through substitute David Havili. The game was out of reach for the ‘Canes with this fifth and final try, and the hooter soon sounded to signal their second defeat of the competition.

The Crusaders did not really look like losing all game and eventually crushed the Hurricanes. They return to the South Island to play the winless Chiefs next week. The ‘Canes, however, are in trouble and sit bottom of the table, with no points to their name. Their bye week could not come sooner and will give them chance to regroup and practice their malfunctioning lineout.

We hope you enjoyed the article ‘Match Report: Hurricanes Crushed by Crusaders Flurry’. Who can compete with the Crusaders? Let us know!