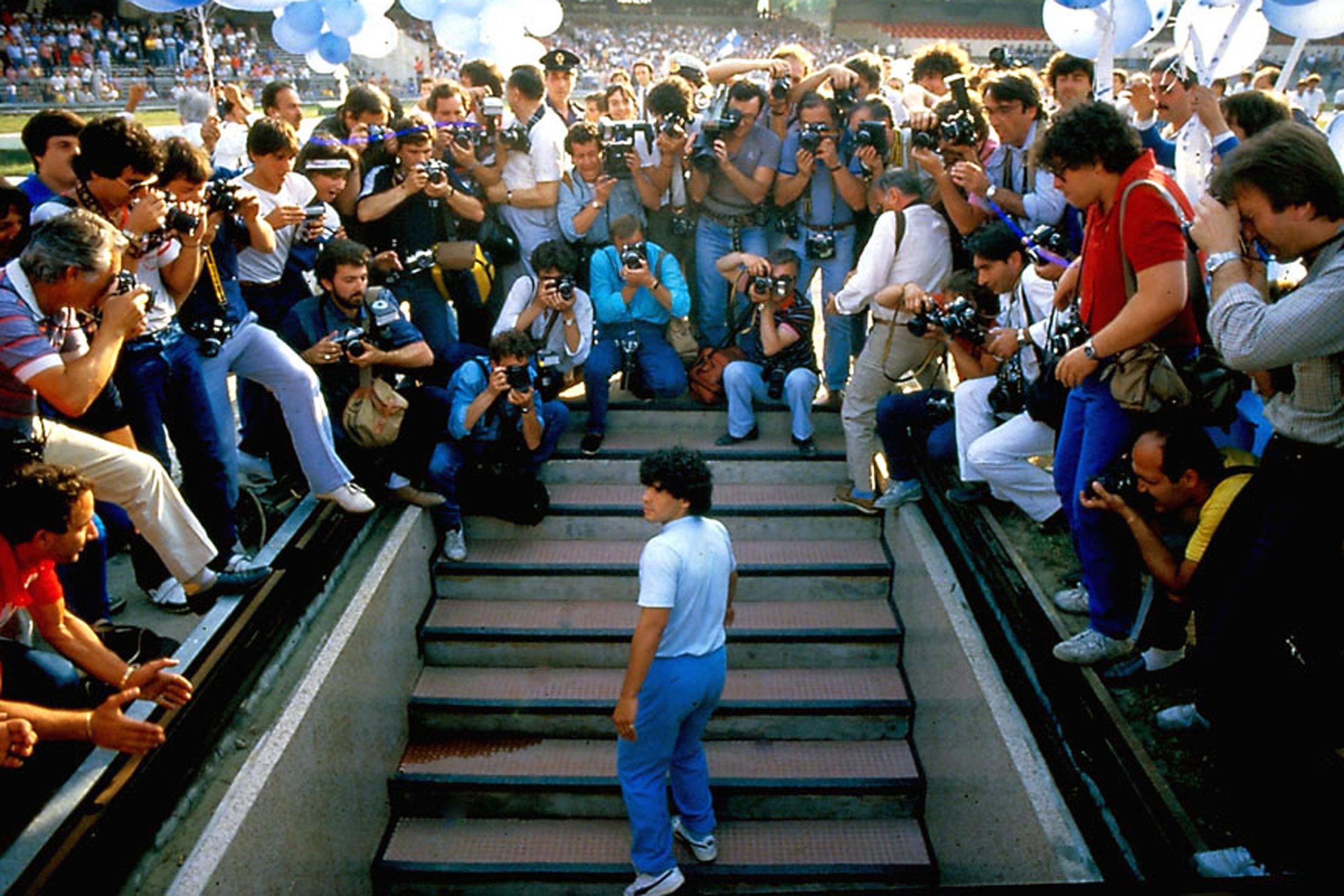 The Best Football Documentaries Of All Time

With the second season of “Sunderland Til I Die” being released this month via Netflix, it left the Sporting Ferret team pondering as to what are the greatest football documentaries of all time.

The Sporting Ferret team have selected their top picks for football fans to binge on.

British filmmaker Asif Kapadia turned his attention to one of football’s biggest enigma’s in his latest archival documentary last year. Kapadia, having already proved himself as one of the greatest biographical filmmakers, dug deep once again into the archives amassing through hundreds of hours of footage to bring his latest creation to life.

With Kapadia’s latest subject many phrases spring to mind . World Cup winner, one of the best to grace the pitch, The hand of God, playboy, cocaine afficianado, party animal. The list could go on.

Diego Maradona is known to the footballing World for the best and worst reasons. Alternating between a somewhat hero and villain caricature throughout his life. Kapadia does an impressive job of weaving together a highly cohesive narrative of the Argentine’s life resulting in a documentary that runs for little over two hours and packs twice the punch.

Kapadia seamlessly brings together the life of Maradona and does away with the conventional filler that so many sporting documentaries include ever too often. The result, as with his other documentaries, creates a Hollywood-esque experience which is impressive as ever.

Maradona does its best to keep you enthralled and ensures a highly enjoyable viewing experience whether you are a fan of the Argentinian maestro or not.

You can watch the film for free currently on 4on Demand. 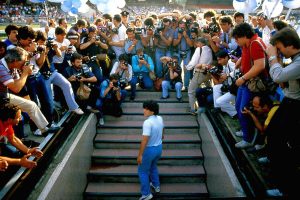 Diego Maradona swarmed by the press.

The 2013 Turner Brothers film documents the colossal journey for these six Manchester United players, starting with their FA Cup Youth Team win in 1992 and their seven year journey to achieving the heights of club football, culminating in their 1998-99 Treble-winning season.

On surface level the film details Manchester United’s rise and glory with the class of 92 being centrestage. However delving into the deeper echelons of the film is precisely what makes the documentary a special watch.

The friendships forged, the bonds made, the journey of a lifetime for a group of six friends. These nuances captured and re-lived are what make the film special.

You can currently stream ‘The Class of 92’ on Amazon Prime. 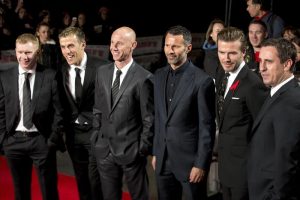 The Two Escobars perfectly interweaves the lives of drug kingpin Pablo Escobar and Colombian international footballer Andrés Escobar. The two were not related however shared the same surname, nationality and fate.

The film documents the sheer influence of drug money inside Colombia, overspilling into that of Colombian football. ESPN provide an insightful examination of how the cocaine trade in Colombia affected football within the country, culminating in the lawlessness that ensued and the heartbreaking demise of Andrés Escobar.

The documentary offers a riveting examination into the intersection of crime, politics and sport which keeps you gripped from beginning until end.

The Two Escobars is able to be watched on the ESPN Player. 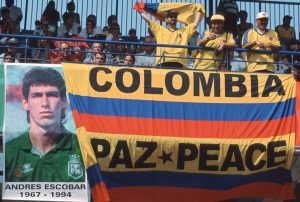