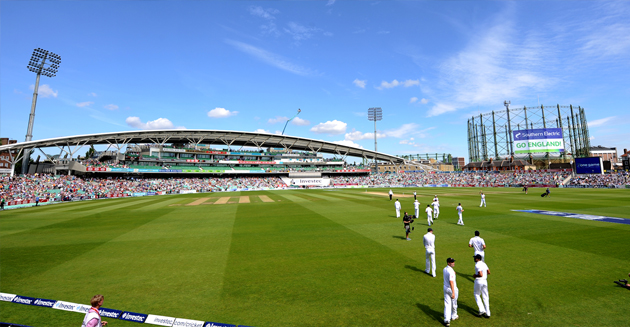 Vikram Solanki has been around the Surrey camp since February 2018, as Assistant Coach to Australian Di Venuto, he helped the county to their first Specsavers County Championship for 16 years in his first season.

Solanki who played 51 ODI’s for England was famously the first ever ‘super sub’ used in a match v Australia back in 2007. The former opening batsman will take over with immediate effect as the squad returns to training over the coming weeks. No domestic cricket has been possible this season due to coronavirus, it is hoped a start may be possible from July.

1 – Vikram Solanki and Marcus Trescothick put on the first men's ODI opening stand of 200 for @englandcricket; their partnership came against South Africa at the Oval (2003). Coach. pic.twitter.com/xvFjLTZlV4

His coaching career has seen him take a role in the Indian Premier League with the Chennai Super Kings, coaching the likes of Virat Kohli and MS Dhoni.

Solanki will demand the respect of the Surrey squad owing to his wealth of experience, with over 18,000 first-class runs to his name he has certainly been there and done it.

Outside of playing and coaching, Solanki has also served as chairman and chief executive for the players union – Professional Cricketers Association.

Solanki himself told the Surrey website ”I am now really excited to take over as head coach. We have a very talented group of players.”

The departing Australian Michael Di Venuto leaves the club after four years in charge. This season was always set to be his last season with the club, owing to the current situation he has stepped down early allowing Solanki to take over. He has wished the new head coach well on Twitter.

Vikram has been a coach at Surrey since retiring as a player and will take up his new position immediately.

We hope you enjoyed the article ‘Surrey Appoint Solanki: Former England Man Takes Charge.’ What do you make of Solanki taking charge at Surrey? Let us know!

The Potential Football Stars Of Tomorrow