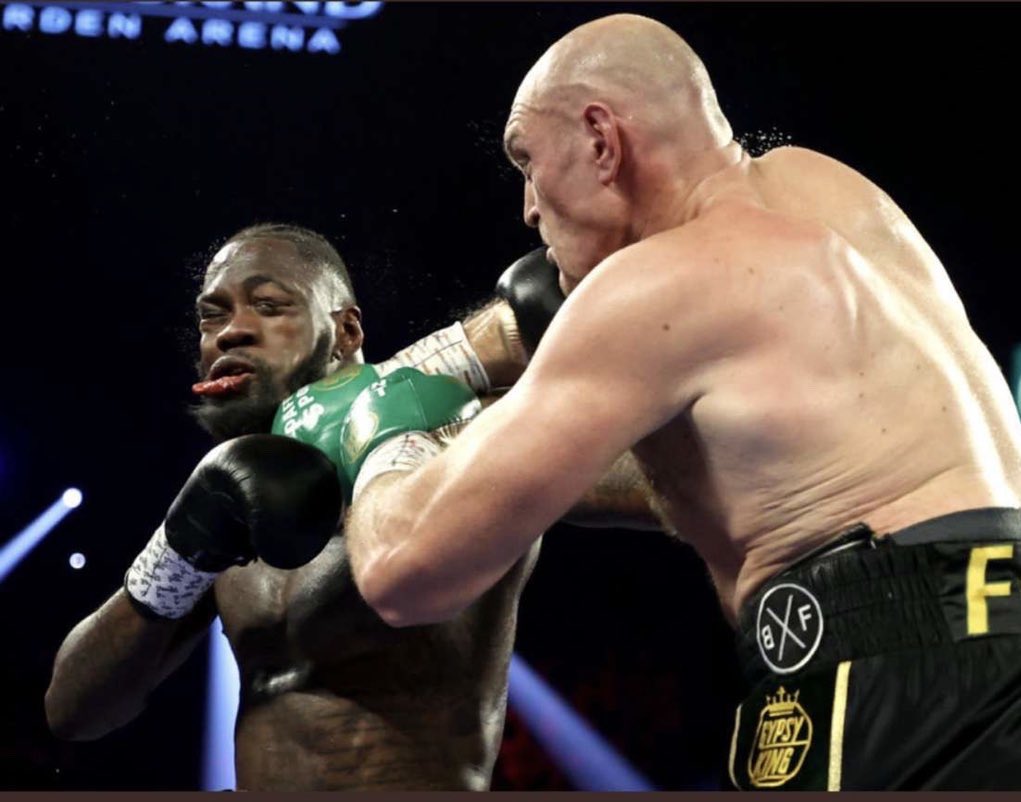 Tyson Fury elevated himself to greatness with a dominant display over Deontay Wilder at the MGM Grand in Las Vegas, Nevada. Fury claims the WBC Heavyweight championship from Wilder whilst also silencing any of critics in the process. The Gypsy King provided one of the greatest performances of a foreign boxer on American soil and ended the Bronze Bombers winning streak.

The 31 year old came out of the blocks on the attack with a calm and composed initial few rounds, winning rounds 1 and 2 respectively. Tyson Fury proved too good for the American on the night both in terms of power and technical ability, Wilder hitting the canvas both in rounds 3 and 5.

Fury continued to dominate in the latter rounds with Wilder looking in trouble throughout, the American failing to keep up to pace and unable to utilise his infamous power punches.

The fight was finally brought to a halt in the 7th round with Wilder’s corner deciding to throw in the towel. Wilder quoted after the defeat ” The best man won on the night. My coach threw in the towel but I’m ready to go out on my shield…I had a lot of things go on coming into this fight but it is what it is.”

Fury celebrated his victory with a singalong to “American Pie” in-front of the 15,000 spectators, the British heavyweight quoted “I want to shout out Deontay Wilder, he showed the heart of a champion. He got up and battled onto round seven. He is a warrior, he will be back and be champion again…But the king has returned to the top of the throne.”

A mesmerizing fight against Anthony Joshua now awaits to unite all four titles and crown an undisputed heavyweight champion for the first time since Lennox Lewis.