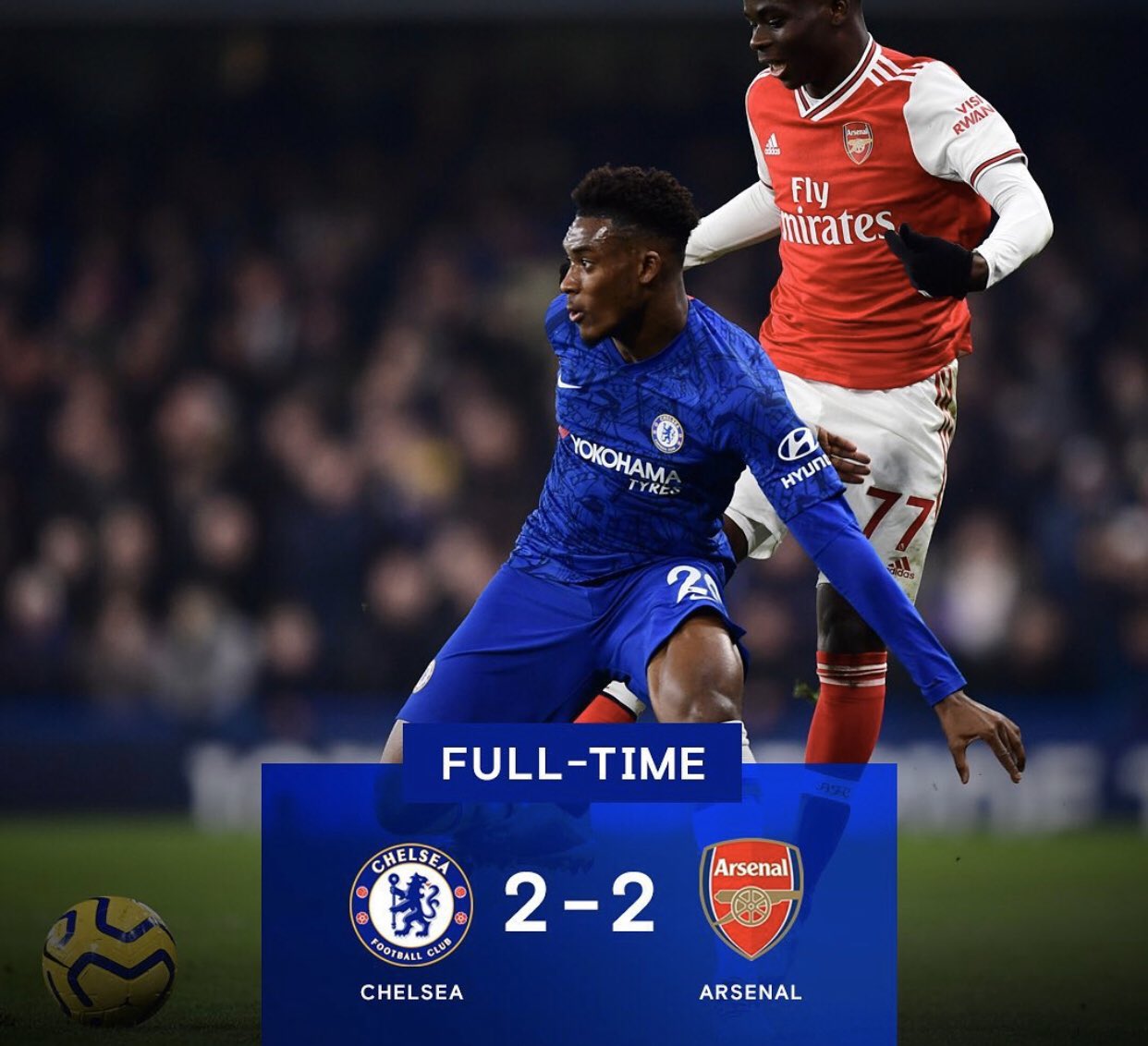 The first half saw both teams with equal possession, Lampard’s Blues looking the only likely team to score however with Arsenal producing no attempts on goal.

Former Chelsea defender David Luiz found himself sent off on his return to Stamford Bridge in the 26th minute. The Brazilian bringing down Tammy Abraham inside the box following on from a calamitous pass from Shkodran Mustafi. Jorginho converted the awarded penalty seconds later to put Chelsea ahead going into half time.

Just in case that wasn't bad enough for David Luiz, he gets absolutely hammered by Mustafi's meaningless clearance 😭pic.twitter.com/tkJeqZtXCd

Chelsea dominated in the second half but failed to kill the game off, Martinelli managing to grab an equaliser in the 63rd minute. A quick Arsenal counter attack following on from a Chelsea corner led to the youngster galloping free towards goal, N’golo Kante slipping on the half way line leaving a clear path all the way to goal for Martinelli.

The Brazilian youngster becoming the first teenager to reach 10 goals for Arsenal in a season since Nicolas Anelka in 1998/99.

Ten-man Arsenal level thanks to an ❄️cool finish from Gabriel Martinelli!

Watch out for the Kylian Mbappe celebration 👀 pic.twitter.com/WaTjb4Qaet

Chelsea responded well and thought they had snuck the win after Cesar Azpilicueta tapped the ball in from six yards out in the 84th minute. However Arsenal captain Hector Bellerin rescued a point in the 87th minute, the Spaniard hitting a shot from the edge of the box which managed to creep into the bottom left corner.

Arsenal's captain for the night rescues a point for the visitors with a stunning effort!

What a moment for him! pic.twitter.com/tGc190cqp2

Frank Lampard will see the result as a very disappointing one with his team showing too much naivety, the Blues completely dominating possession and attempts on goal in the second half but still unable to close out the game.

10 man Arsenal showed incredible grit to stage a comeback and somehow managed to score two goals from two attempts during the full 90 minutes.