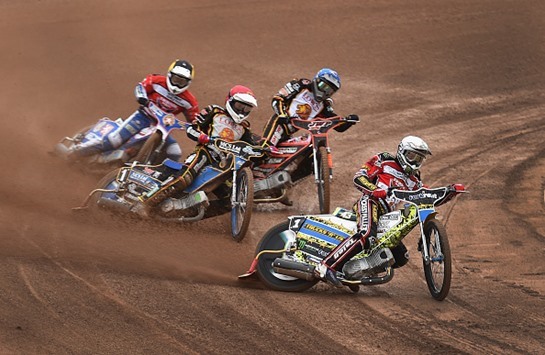 In the week where Ekstraliga stars Dominik Kubera, Wiktor Lampart, Jakub Miskowiak, Wiktor Trofymov and Norbert Krakowiak wrapped up the World Under 21 Team Championship for Poland – the country’s seventh consecutive junior world title – the domestic league season began its final approach towards the playoffs.
With both GKM Grudziadz v Motor Lublin (rain) and Czestochowa v Rybnik (unsuitable track) postponed until midweek, the weekend saw only two meetings take place, but this did not detract from some extraordinary action.

It emerged through this week that Czestochowa, for the second time in quick succession, had their license to host meetings taken away from them so the aforementioned tie with relegated Rybnik will now be held at the home of the basement boys instead. Marek Cieslak will surely have read this news with a raised eyebrow and a rye smile following his less-than-amicable departure a fortnight ago.
Here’s how the penultimate week of the season unfolded…

Stal Gorzow produced a stunning comeback to maintain their unbeaten run with a last-gasp 46-44 victory at Sparta Wroclaw. The victory saw them finish their season with 21 points to their name – a remarkable feat given where they were halfway through the campaign.

As is often the case, the Wroclaw track offered some fantastic racing from the first raising of the tapes; Maciej Janowski’s 14-point afternoon began with a real ding-dong battle with Grand Prix wild card Anders Thomsen (10) in the opening heat, Gleb Chuganov doing likewise with Wiktor Jasinski in the juniors race.
While Bartosz Zmarzlik (15+1) did what Bartosz Zmarzlik does initially, he was powerless to prevent Sparta Wroclaw taking wins in five consecutive heats through the middle third of the meeting, extending their lead to ten points with just four races left.

Even with Stal Gorzow’s resurgence in the second half of the season, the meeting looked beyond them at that point given Janowski et al’s form on the evening. But Stanislaw Chomski’s side have produced a series of miracles happen in 2020 and their latest edition began with the first meeting between the Holder brothers in heat 12. Younger brother Jack (8) got the better of former World Champion Chris (7) but it was the battle of the juniors that tipped the scales in the visitors’ favour; Rafal Karczmarz taking his first point of the evening from Przemyslaw Liszka to give Gorzow a 4-2.

Stal Gorzow team-rode wonderfully to get back into the meeting. Photo: Wojciech Tarchalski

Tai Woffinden (8) and Gleb Chuganov (6+2) have been a useful partnership on more than one occasion but suffered consecutive maximums at the hands of Thomsen/Zmarzlik and then Thomsen/Wozniak (6+2), leaving the meeting level going into the finale; the bonus point settled after the first of these 5-1s, just their fourth advantage to that point.

Having already let a 10-point lead slip, Sparta Wroclaw were relying on unbeaten Maciej Janowski and Chris Holder to take at least a draw from the meeting. But Bartosz Zmarzlik made the start beautifully to hit the front, after which Janowski – having taken two laps to get past Jack Holder into second – could only resort to trying to slow the younger Holder enough to allow his teammate through. But his efforts were in vain, and Stal Gorzow ended a thrilling meeting on top.

The defeat will be a painful one for Sparta Wroclaw to take, but can be buoyed by the fact their two remaining meetings are at the league’s bottom two teams.

Zielona Gora completely ripped up the form guide and the league standings to hand Unia Leszno their third, and heaviest, defeat of the season. The 52-38 scoreline meant they became the first team so far this season to deny Piotr Baron’s side the aggregate Bonus Point.

Having come into this meeting on the back of consecutive defeats, Antonio Lindbaeck was recalled to the Zielona Gora side in place of the Viktor Kulakov, who disappointed last time out at Stal Gorzow.
The hosts had things their own way almost from the start against the runaway league leaders; having opened up an eight-point lead after heat four, Piotr Zyto’s side continued to put the hammer down, taking three more heat advantages through the middle third of the meeting to lead 38-22 after ten heats.

This could have been a larger margin were it not for an unfortunate fall for veteran and record Ekstraliga appearance maker Piotr Protasiewicz in heat five. Having raced into a 5-1 position and seemingly comfortable, the Polish legend caught unexpected extra grip coming out of the second corner, sending his back wheel into the fence and despite his best efforts, couldn’t wrestle the bike to stay upright.

Indicative of Leszno’s painful evening, Piotr Pawlicki found the same patch of dirt in heat 10 but his fall went one step further as he ploughed into the side of his own teammate while he led the race. Dominik Kubera was fine to take his place in the re-start and initially took the lead but eventually suffered the maximum that opened up a 16-point lead.

The middle order were really playing a key role over a Unia Leszno side who were far too reliant on the exploits of Emil Sayfutdinov and Dominik Kubera. In doing so, Gora restricted the visitors to just two race winners in the opening 12 races.

Home junior Mateusz Tonder really caught the eye as he came in for his best scoring return of the season and only having five non-scoring finishes among their almost unbroken string of wins enabled them to ease to a comfortable victory, which would’ve been even bigger had they not failed to take a heat advantage in the final third of the meeting.

Martin Vaculik was again the main man for Gora with 12 points but he was well supported by solid efforts from Michael Jepsen Jensen (11+1) and Patryk Dudek (10+1). As expected, Emil Sayfutdinov topped for Unia Leszno, who can still have a say in the playoff picture as they host Czestochowa next weekend. But the abundance of backup he’s been used to so often this season simply wasn’t there. Piotr Pawlicki (8) was next best, matching Dominik Kubera’s return.

We hope you enjoyed this article ‘Ekstraliga Round-Up: Week Thirteen’. Who are you hoping will be crowned champion? Let us know!