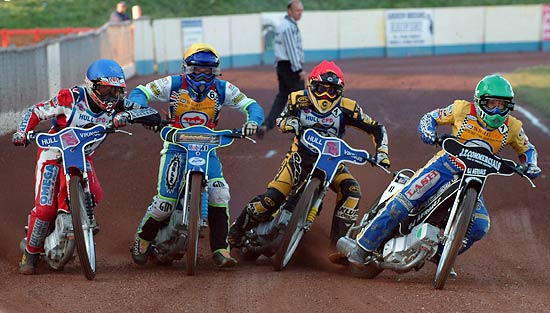 It’s only been a few weeks since the season finished in Europe’s major leagues, notably the Ekstraliga, but headlines continue to be made in the Speedway world.

Emil Sayfutdinov and Artem Laguta starred as Russia retained their Speedway of Nations title in an abandoned meeting at Lublin. After tying with Poland on 23 points, Russia earned the victory after GKM Grudziadz’ Laguta rounded Szymon Wozniak (Stal Gorzow) to secure a 5-4 heat victory over their Polish counterparts in heat eight.

In club news, back-to-back World Champion Bartosz Zmarzlik has re-signed for Stal Gorzow for 2021, bringing his stay at the current Ekstraliga runners-up to 11 seasons.

Elsewhere, Czestochowa’s Jason Doyle won his 3rd consecutive Peter Craven Memorial Trophy at Belle Vue, ahead of Sparta Wroclaw’s Dan Bewley and Brady Kurtz (Unia Leszno). Bewley had previously gone one better as he took home the British Under-21 title with a 15-point maximum in a shortened meeting at Berwick.

Finally, Bewley’s Sparta Wroclaw team-mate Oliver Berntzon has switched his allegiance in Sweden, making the change from Dackerna to Lejonen.

We miss Ekstraliga Speedway, so we’ve put together a collection of stats from the 2020 campaign to fill the void for your enjoyment.

We hope you enjoyed this article ‘Ekstraliga 2020 Round-Up: Stats Special’. Do you have any favourite memories of the Ekstraliga season? Let us know!

Read more of our coverage of the Ekstraliga season here: