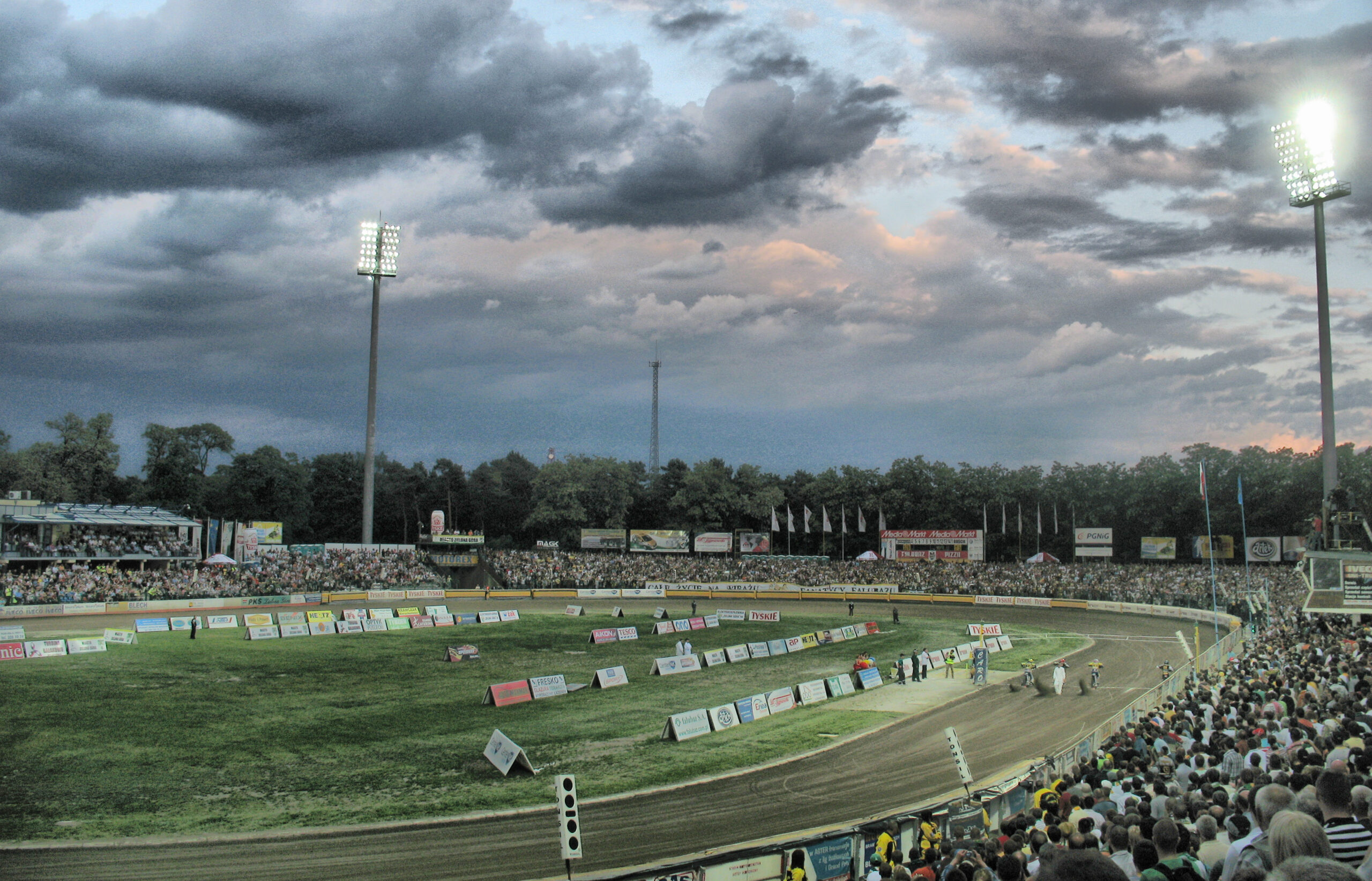 The 2020 PGE Ekstraliga season reached the two-thirds completion mark this week with crunch matches affecting the top and bottom of the table. In a busy week for news, early pace-setters Czestochowa were beaten 49-41 by Unia Leszno, who were licking their wounds following their first defeat at Sparta Wroclaw last weekend.
Elsewhere, Bartosz Zmarzlik retained his Ekstraliga Riders Championship in Torun on Saturday night. Dropping just a single point all night, the Stal Gorzow ace added to his personal dominance over the sport by winning the final ahead of Czestochowa’s Jason Doyle and Leon Madsen, with Zielona Gora’s Patryk Dudek in fourth.
Finally, the revised Speedway Grand Prix series was finalised as the final weekend to be confirmed was done so as being at Prague at the end of August. Full details can be found here.

Here’s how an intriguing weekend of action showcased itself…

Stal Gorzow made it three wins in a row with a resounding 14-point victory over ROW Rybnik. The bonus-point win saw them stretch five points clear of their visitors at the foot of the table, with an additional meeting in hand.
Gorzow have too often this season been a side entirely dependent on the exploits of World Champion Bartosz Zmarzlik – and his 13-point haul did include the three fastest winning times of the night – but their recent upturn in form has centred around more complete team performances. In this instance, Australian Jack Holder led the scoring efforts with 13+1 and Anders Thomsen re-captured his early-season form, going unbeaten through his first four rides on his way to 13 points of his own.

Unfortunately, it was a case of “same old story” for ROW Rybnik as they could only muster three race winners and just two heat advantages all meeting long, spread among the three riders who provided any form of resistance. Sergey Logachev has found himself in and out of the team this season, but his 11+2 was the standout for the visitors. Support came in the shape of Brit Robert Lambert (10) and Kacper Woryna (9) but with Motor Lublin, Unia Leszno and Czestochowa in their next three meetings, ROW Rybnik may soon be making plans for life back in the second tier.

Matej Zagar was the star of the show as Motor Lublin came from behind to inflict a second defeat in three outings on Unia Leszno. While the 50-40 result was insufficient to take the team bonus point, it was enough to take them, albeit temporarily, within a point of second place.

A solid performer for much of the season, the Slovenian has often played a supporting role to the likes of Grigorij Laguta (10+1) this season, but he rattled off six wins out of six to become the eighth rider to reach the 100-point mark for the 2020 campaign.

Zagar was well supported by the rest of the Lublin middle order. The aforementioned Laguta was matched on 10+1 by Mikkel Michelsen, whose sole victory just happened to come ahead of Leszno linchpin Emil Sayfutdinov and following a poor outing last weekend, Jaroslaw Hampel bounced back on home shale with a useful 9+1.
A string of heat advantages in the opening stages saw league leaders Leszno stretch out to a ten-point lead, but they would only have one more over the last 11 heats as the home side fought their back into the meeting.

Level at 30-30 with five heats left, it was all up for grabs. But two wins apiece for Zagar and Hampel – Laguta taking the other – laid the foundation to take the victory, the hosts taking three 4-2s and a heat maximum to set the seal on things.

The biggest indicator of Unia Leszno’s demise on Friday night is the fact that both junior riders outscored three of their middle order riders; Dominik Kubera and Szymon Szlauderbach sharing 12 points between them. With Bartosz Smektala continuing his impressive season with ten points to his name, meaningful support was lacking as Emil Sayfutdinov had a rare winless night for his eight points (+2); Jaimon Lidsey and Piotr Pawlicki’s campaigns continuing to stutter, scoring a combined six points including a tapes disqualification for Pawlicki.

Patryk Dudek followed up his fourth-place finish in the Ekstraliga riders Championship on Saturday by dropping just a single point from five rides to lead Zielona Gora to a hard-fought victory over a determined GKM Grudziadz.
Having traded heat maximums in the opening two heats, the meeting settled down into an extremely tight affair.

Heat four saw Piotr Protasiewicz (8+1) battle with Krzysztof Buczkowski for the lead; the veteran Pole initially besting Grudziadz’ Buczkowski but was unable to fend off his attack on the inside and in trying to regain the lead, almost rode into Buczkowski and fell back into third.

Heat nine saw the first meaningful drama of the meeting as Nicki Pedersen (13+1) swept across the front of the onrushing Martin Vaculik (6+1) to defend his lead but it was the latter stages that caught the eye. At the same time as Vaculik sought to overtake for the lead on the final corner, Antonio Lindbaeck looked to do the same and the run to the line was so tight, referee Michal Sasien was forced to study numerous camera angles numerous times. Eventually, Lindbaeck (6+1) was judged to have passed the home number two to ensure a shared heat.

4-2 advantages, slim as they often are, were the order of the day in this meeting. Zielona Gora took two more of them in the following heat and heat 12 to take a six point lead with the races to go and while Artem Laguta (14+1) and Kenneth Bjerre (10+1) gave the hosts hope with one of their own in the penultimate race, Dudek’s superiority shone through to see the job through and sees them within striking distance of Unia Leszno at the top of the table.

Despite trailing for the majority of proceedings, Czestochowa produced a stunning end to the meeting, overcoming a six-point deficit to snatch a draw from the jaws of defeat. The result means they stayed above Wroclaw in the table, with the home side due to ride their meeting in hand the following evening.

The hosts, who named female rider Wiktoria Garbowska in the provisional matchday squad, made their intentions clear right from the off. Chris Holder producing a wonderful first corner to get round the outside of everyone to take the lead and Maciej Janowski (11), who has been in good form in recent weeks, fought all the way to the line to get past Freddie Lindgren to turn a shared heat into a 4-2.

Having repeated this scoreline in the next heat, Wroclaw slumped to he meeting’s first maximum and in a complete shock to all in attendance, Tai Woffinden was on the receiving end of it. Having got past Jason Doyle (9) in the early stages, the Australian fought back to second second place off the British number one to follow Pawel Przedpelski in for the 5-1.

Woffinden (9) would recover from the disappointment quickly, however; after sending Przedpelski and his Czestochowa partner Leon Madsen wide, Tai roared round the Olympic Stadium in a new track record time, just shy of breaking the 60-second mark.

After trading 4-2 heat advantages from heat nine through to 14, Czestochowa had given themselves a hope of a point by pulling back to just four points behind. A grandstand finish was completed in the finale as Freddie Lindgren (11) cut back brilliantly on the first lap to get past Maciej Janowski and rode away into the sunset behind Leon Madsen (12) to leave Wroclaw fans with their heads in their hands, wondering how they hadn’t taken maximum points from the meeting.

Postponed on the back of Stal Gorzow’s electrical fire, the first meeting of the season themselves and Sparta Wroclaw saw the home side walk away from the Edward Jancarz Stadium with an emphatic 55-35 victory. The win lifts them above GKM Grudziadz and just two points off Wroclaw themselves.

Nicolai Klindt was handed a debut for Stal Gorzow against his former side in place of a struggling Krzysztof Kasprzak. Jack Holder was also missing for the hosts, who also ran a Rider Replacement for Niels-Kristian Iversen. Oliver Berntzon made his second appearance of the season for Sparta Wroclaw in place of Chris Holder.

Where the junior riders have caught the eye on numerous occasions this season, this was certainly the case in heat two. Unfortunately, Wiktor Jasinski also caught Michal Curzytek along the back straight and found himself quickly excluded. Fortunately for him though, teammate Rafal Karczmarz brilliantly held Gleb Chuganov (7) at bay to ensure no damage was done on the scoreboard.

Such determination has become the norm for Stal Gorzow in recent times and this proved to be the catalyst for a string of heat advantages. Six in eight races, including back-to-back maximums coincided with the introduction of Bartosz Zmarzlik to the meeting who – yet again – was in a different class to anyone else on either side. Another paid maximum for the World Champion, another 17 points to his season tally – he’s going to take some stopping in the Grand Prix this year.

But this was more than just a one-man show for the hosts; Anders Thomsen rode splendidly for his 15+1, Nicolai Klindt’s 11-point debut pleased most fans in the ground and even junior Rafal Karczmarz kicked in with 9+1. On the flip side, there was only one bright light; Maciej Janowski took Wroclaw’s only two race wins and his 12-point haul was no less than he deserved.

We hope you enjoyed this article covering week 10 of the Ekstraliga. Who do you think will be crowned champion at the end of the season? Let us know!