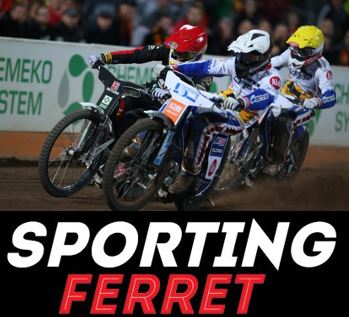 As the dust settles on a hectic week of Ekstraliga action, the conclusion of the European Championship and positive news regarding this year’s Grand Prix series, we continue with a full schedule of league racing from Poland’s top league. Here’s how week eight unfolded before us…

Zielona Gora 57-33 ROW Rybnik (Zielona Gora win 110-69 for Bonus Point)
Martin Vaculik made it back-to-back maximums as Zielona Gora became the first team this season to pick up a team bonus point for having beaten the strugglers on aggregate over the two meetings this season. The 57-33 win was their biggest margin of victory so far this campaign.
Having been competitive out of the traps in the initial stages of racing – even holding heat advantages in two of the first three heats – ROW Rybnik quickly lost out to superior pace from the hosts and the writing was on the wall as early as the first track grading break.
This feeling was made all the worse in heat four when, despite being in front of Damien Pawliczak when contact was made, Sergey Logachev was controversially excluded. Coming onto the back straight for the second time, Logachev had moved to mid-track with the intention of passing his team-mate on the third bend when Pawliczak’s front wheel caught Logachev’s rear. The home junior was sent to the wooden fence in a manner befitting rodeo racing, before escaping off the back of the bike and into the air fence. Fortunately, given the spectacular nature of the crash, Pawliczak (5+1) was fine to take his place in the re-run, in which he and Vaculik (15) took the simplest of 5-1s, their fourth of seven for the evening.
As has been the case so often this season, it was European Champion Robert Lambert that provided the most resistance to Zielona Gora’s superiority. His nine-point (+1) evening saw him fill every race position during his five rides, including an impressive 5-1 with Adrian Miedzinski (7) in the penultimate race of the meeting. But with half the team scoring two or fewer points, it’s not difficult to see where ROW Rybnik’s issues lie.
Contributing 10+4 from their combined six outings, junior riders Damien Pawliczak and Norbert Krakowiak (5+3) rode beautifully. Pawliczak was unbeaten by an opposition rider in a race he finished and Krakowiak continued his impressive form with a ride above his years in heat six to keep both Robert Lambert and Kacper Woryna behind him. These two could be crucial to the yellow and green of Zielona Gora if they’re going to continue to push for a play-off place.

Unia Leszno 55-35 Stal Gorzow (Unia Leszno win 104-76 for Bonus Point)
Double-figure outings from Emil Sayfutdinov, Bartosz Smektala and Piotr Pawlicki led Unia Leszno to victory in the top-versus-bottom clash against Stal Gorzow. The 20-point margin was more than enough to secure Piotr Baron’s side their first team bonus point of the campaign.
Similarly to Zielona Gora’s performance earlier in the evening, this result was settled early on. Leszno set about their task with Smektala (13) winding the bike on around the outside of Emil Sayfutdinov, who himself had made a bullet start from the tapes, and the pair clearing off into the distance for the first maximum of the meeting. The obvious difference in gating ability between the teams when in heat four, junior rider Szymon Szlauderbach got clear of world champion Bartosz Zmarzlik in second place. While he would eventually have to relent, it really was indicative of the difference between the sides.
Zmarzlik (10)was involved again in the next heat as a mistake from both he and partner Szymon Wozniak while attempting to team-ride had seemingly gifted the hosts another heat advantage; Gorzow’s icon having to work overtime all the way to the line to steal a shared heat ahead of Jaimon Lidsey.
Heat eight saw Szlauderbach back in the action and back in front of Bartosz Zmarzlik again. The junior rider made a good fist of the battle once again but having spent too long getting past the home junior, Zmarzlik would be too firm in his pursuit of the lead. Having run too wide, Piotr Pawlicki (10+2) cut back on the inside and firmly slammed the door shut on any attempt Zmarzlik would make in the closing stages.
Janusz Kolodziej (9) found some extra speed from his bike from this meeting. Heat nine saw him go from the back of the field to second pace along the back straight, after which he and leader Emil Sayfutdinov stretched clear for a 5-1. And while Gorzow continued to fight, Leszno would fight harder for every point. This was proven in heat 11 when, with Zmarzlik down the road in front, Krzysztof Kasprzak (5) seemed to have Sayfutdinov comfortably behind him when he clamped the Russian down in the early stages. But Emil (13+1) has been one of the fastest around this season and he duly sliced past Kasprzak to prevent the visitors from taking a 5-1.
So Unia Leszno go into their crunch match with Czestochowa on Tuesday night still unbeaten and in good condition, while Stal Gorzow slump to another defeat and face a tough tie with Motor Lublin next weekend. As the teams go in opposite directions, the league is now beginning to take the shape of two mini-leagues as aspirations begin to differ.

GKM Grudziadz 45-45 Czestochowa (Czestochowa win 98-82 for Bonus Point)
Artem Laguta once again led the way as GKM produced a gutsy second-half performance to earn themselves a creditable draw to dent any hopes Czestochowa may hold to win the league this season.
Following a cagy opening quarter, a dramatic crash in heat five brought a bit of extra life to proceedings as, in an instance of old-fashioned first-bend benching, Roman Lakhbaum was forced wide and he couldn’t help but take Freddie Lindgren with him into the air fence. All parties took a real beating but both riders were fine to continue with the meeting.
Top trio Laguta, Kenneth Bjerre and Nicki Pedersen took ten wins between them against a noticeably off-colour Czestochowa outfit who could only muster three heat advantages all evening, none of which coming after heat eight. This would prove costly as a 5-1 for Pedersen and surprise packet Roman Lakhbaum (scoring 2* of his 3+1 for the night) over Doyle and Przedpelski turned the meeting in the hosts’ favour with time running out to rescue anything from the meeting.
Czestochowa simply weren’t firing. Not finishing last wasn’t cutting it for the visitors and they were in need of a spark. Step forward Jakub Miskowiak. After finishing third in the junior race, he then racked up three wins (finishing one on a flat tyre) and a second from his next four rides to finish on 12 points, four clear of his highest-scoring team-mate. Only Kenneth Bjerre, who dropped only one point prior to the two meeting in heat 12, beat the young man after heat two. This was in response to Miskowiak ending the Dane’s unbeaten evening two races previously. He even led Nicki Pedersen and Leon Madsen home in the penultimate race to bring the teams level into the finale.
In as mouth-watering a final race as could have been put together (without Miskowiak being involved), Lindgren was unable to recreate his heat eight victory over Laguta, who concluded his brilliant 14-point effort.
A gritty, determined and well-earned point for GKM Grudziadz, who will feel as if, with both of the bottom two still to come, they will have enough to steer clear of relegation trouble. Czestochowa had it, and then lost it. Laguta passing Pawel Przedpelski late on in heat eight, Leon Madsen crashing while leading…the list goes on. Two points gained with the team bonus on board, but how costly could the dropped one be?

Motor Lublin 51-39 Sparta Wroclaw (Sparta Wroclaw win 94-86 for Bonus Point)
Sparta Wroclaw were able to hold on for the team bonus point but fell to a 12-point defeat at Motor Lublin, who remain unbeaten at home in the league this season, scoring 50+ points in every meeting on their own shale.
On a track that often promotes high quality racing due to its size, Lublin got off to a strong start against Dariusz Sledz’ side. A maximum in the junior race between the impressive Wiktor Lampart (7) and Viktor Trofymov (4+3) followed a brilliant battle in the opening heat between Pawel Miesiac and Maciej Janowski (11+1). Miesiac appeared to have surrendered third position to his Polish compatriot but picked up speed down the long back straight to get round Janowski, clamping the bike tight to the curb to defend his point and get his side an early lead.
But Sparta Wroclaw harbour play-off ambitions of their own and showed their quality to bounce back immediately as Max Fricke, who has struggled a lot this season, led superbly ahead of Brit teammate Tai Woffinden (13+1) as the pair took the Max-imum ahead of Mikkel Michelsen and Jaroslaw Hampel (10+1), neither of whom could lay a glove on the visiting pair.
Former world number one Woffinden took just a single victory from his six rides, but it was an absolute belter. Having completely missed the start, Scunthorpe-born Woffinden quickly shovelled the bike inside Viktor Trofymov and then passed Matej Zagar twice in the last lap-and-a-half, including a sweeping outside line manoeuvre that kept arrears to ten points with three races to go.

In a meeting where eight heats were shared, heat advantages – and the timing thereof – were always likely to be key with both sides holding top class riders capable of turning the meeting this way and that throughout the evening. The fact that Motor Lublin gained six to Wroclaw’s one showcases how the meeting got away from the visitors. Running ten last places while the hosts ran as many race winners was never going to help their cause, either.
Grigorij Laguta’s recent upturn in form really took front and centre on Sunday night. The Russian was simply irresistible, winning all five of his races despite having Tai Woffinden right on his tail in three of them. The consistency he is beginning to show could be vital as Motor Lublin seek to take their place in the extended stages of the season.
Strength in depth is rapidly becoming hugely important in league speedway and this meeting is a clear advocate for that – Lublin with two double figure leaders, ably backed up with two solid scores, one of which from an up-and-down junior. On the other hand, Wroclaw with two double-figure scorers and four riders scoring less than five and responsible for seven last places. Food for thought for Dariusz Sledz.