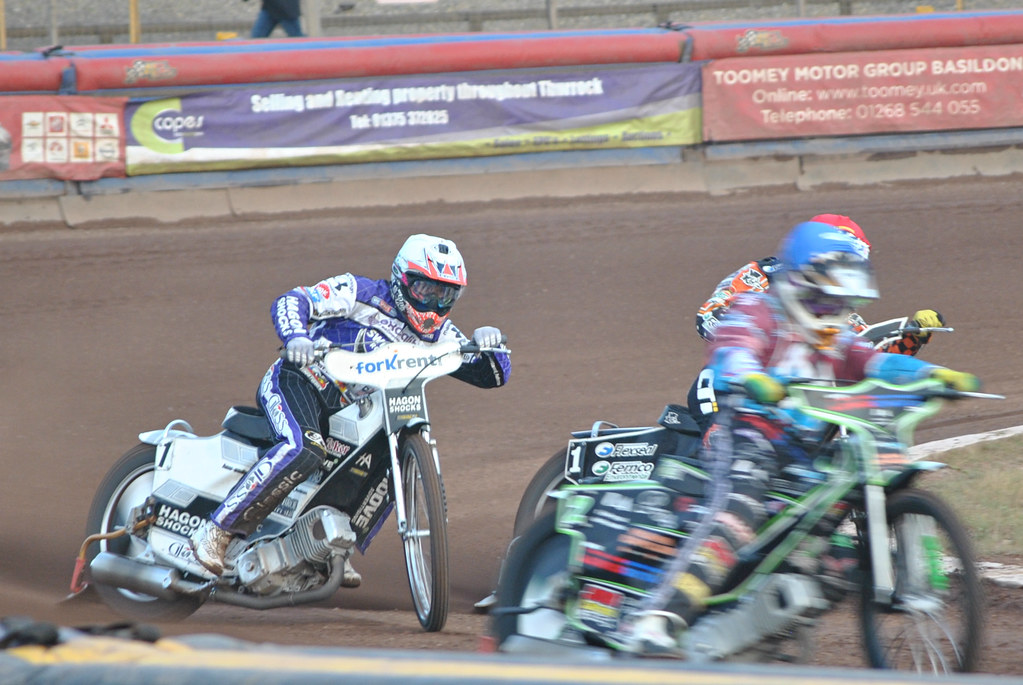 While Matej Zagar, Oliver Berntzon and Krzystof Kasprzak qualified for the 2021 Grand Prix series in Gorican on Saturday night, the Polish Ekstraliga began it’s final approach towards it’s latter stages. With Unia Leszno beginning to show signs of weakness and a tightening mid-table, it was all to play for in week 11.

The big news from Poland this week was of the shock departure of Marek Cieslak as Czestochowa’s team manager. On the back of some indifferent form, Cieslak’s former side still held a play-off place at the time of his departure but  issues within the hierarchy over track preparation is the root cause of Cieslak’s leaving.
Here’s how week 11 transpired…

Following defeat against Motor Lublin last time out, Unia Leszno bounced back in style with a crushing 30-point victory over GKM Grudziadz.

With an abundance of talent on both sides, the rout began with the evermore important juniors’ race. After Nicki Pedersen (11) showed a clean pair of heels to Emil Sayfutdinov (12) in the opening race, Dominik Kubera (5) and Szymon Szlauderbach immediately turned the meeting on its head with a predictable maximum over Grudziadz’ Denis Zielinski and 16 year-old debutant Kacper Lobodzinski.

This, with a shared heat delaying the oncoming onslaught, started a string of Leszno heat advantages; back-to-back 5-1s and seven straight 4-2s saw the home side waltz to a routine victory with considerable room to spare, but there was no lack of action.

Heat five saw Australian mid-season signing Jaimon Lidsey (11+1) fire himself from the back of the field into second place initially, before producing a lovely cut-back on Przemyslaw Pawlicki to take the lead. Three races later, sibling rivalry within the Pawlicki family finally came to the fore. Elder brother Przemyslaw Pawlicki soon found himself down after contact on the first bend with home junior Szymon Szlauderbach (5+2). While he was up and back to the pits quickly, younger brother Piotr (14) would win the re-run on his way to a season-high 14 points.

A while later, Pawlicki the younger would produce a stunning move on the first lap of heat 13 to get himself from last to first in the length of the back straight, cutting inside Grand Prix duo Kenneth Bjerre and Artem Laguta who, to everyone’s shock, placed last in the race.

Impressive home duo Pawlicki and Lidsey would finish proceedings with yet another 4-2 advantage over Nicki Pedersen and Artem Laguta (7) to give Unia Leszno their first 60-point total of the season and the biggest aggregate win of the season (at the time of completion; see ROW Rybnik v Motor Lublin for an update of this particular statistic).

They say it never rains but it pours and this couldn’t be more apt at Czestochowa this week. After flooding earlier in the week, the track staff were unable to get the surface ready to be raced on so the decision was taken to postpone the meeting. In the wake of Marek Cieslak leaving the club, perhaps the time to collect themselves will do them good.

A spirited performance from relegation favourites ROW Rybnik wasn’t enough to prevent another considerable defeat at the hands of Motor Lublin. A paid maximum from Mikkel Michelsen led the visitors charge to a 52-38 scoreline, which was enough to give the visitors their second – and new league best – aggregate win of the season and maintain their place firmly in the top four.

ROW Rybnik can attribute many of their losses to slow starts this season, but they showed tremendous guts on Sunday evening to remain within striking distance of playoff-seeking Lublin, keeping the damage down to just four points going into the second half of the meeting.

But the guests were just too strong down the stretch in this one; heat advantages in all but one of the final six heats ensured a somewhat flattering margin of victory, but one they most certainly deserved.

As we’ve come to expect by now, Robert Lambert topped for the hosts with 9+1 but this included a finish in every position from first to last amongst his outings. While fans may call him “box office”, critics could say “inconsistent”.

He was well backed up by Kacper Woryna (8+2) and Vaclav Milik (8) but once again, they just didn’t have that little bit extra to take the meeting by the scruff of the neck. For Lublin, an off night for 2021 GP-bound Matej Zagar was well covered by three double-figure scores. The aforementioned Michelsen (14+1) was joined in by Jaroslaw Hampel, who’s up-and-down season saw him up to 13 and Grigorij Laguta bounced back from disappointment in Gorican with 10+1.

A strong team showing from Sparta Wroclaw saw them take victory from high-flying Zielona Gora in the second of Sunday’s meetings. The 49-41 win was enough to secure the bonus point on offer and sees them up into the play-off places.

Zielona Gora have been a pleasure to watch this season and their form coming into this meeting suggested that they would have enough to get past Sparta Wroclaw, particularly given the differing directions of travel the sides performances have gone since the draw in the reverse fixture.

But it was the visitors that made the early running; three heat advantages, including a pair of 5-1s gave Wroclaw an eight-point cushion as early as heat six and while Zielona Gora valiantly for the race wins they did get, they were seldom close enough to trouble Wroclaw in the scoreboard.

The notoriously passionate Zielona Gora fans were not impressed by their side’s showing at the weekend. Photo: PGE Ekstraliga

The real damage was done in heats nine to eleven, in which back to back 5-1s courtesy of Drabik/Janowski and Chuganov/Woffinden and a 4-2 between Janowski and Fricke opened the lead to an almost unassailable 14 points. A home maximum in the final race from Dudek/Vaculik somewhat spared some blushes but in truth, Gora were well beaten.

Sparta Wroclaw have frequently relied on their big hitters to gather their points this season, but all of the top six produced meaningful contributions on this occasion; top man Maciej Janowski (12+1) was backed up well by British number one Tai Woffinden (10+2) and after an indifferent return to the Ekstraliga thus far, Chris Holder chipped in with a decent 8+2, having ridden for Torun earlier in the day. As for Zielona Gora, Patryk Dudek led again with 13 points for his efforts and Martin Vaculik’s impressive form continued with an entertaining 12+2. But this is where the good news stopped. Having said that, they still find themselves comfortably in the play-offs with just three meetings left so their fate remains squarely in their own hands.

In a fixture brought forward from week 14 to avoid a clash with the Grand Prix series, Stal Gorzow continued their meteoric rise as they kept their unlikely play-off hopes alive with a 57-33 victory over GKM Grudziadz.
Krzysztof Kasprzak (10+2) was out to celebrate qualifying for next year’s Grand Prix series; he led teammate Szymon Wozniak in for an opening heat maximum over a forlorn Nicki Pedersen, who couldn’t lay a finger on the home pairing in the first of three maximums he conceded on the night. Another maximum followed in the juniors’ race; Gorzow’s vastly more experienced pairing competing in a race of their own out front. And once Bartosz Zmarzlik (12) began his evening’s work, Stal’s lead was already up to ten points.

Having taken seven heat advantages from the first ten races, the result was mathematically confirmed as early as heat 11 when a resurgent, fired-up Anders Thomsen (11+2) and Szymon Wozniak (10+3) turned a 4-2 scenario against them into a magnificent maximum, showing no fear to Bjerre and Pedersen, bumping the duo as they made their way past.

So yet another inquest required for the visitors. Beyond a brilliant 16 points from Artem Laguta and Pedersen (8) – yet again – it was more woe for GKM Grudziadz (five riders combining for two points) and their final two meetings don’t get any easier as they host an in-form Sparta Wroclaw, followed by a trip Motor Lublin to finish the campaign. And while it’s said you can only beat what’s in front of you, Stal Gorzow did so with an air of ease and class; Zmarzlik and Thomsen are on fire, Krzysztof Kasprzak has found some form and don’t bet against Szymon Wozniak getting a GP wild card call-up either. Surely they can’t make the play-offs after such a bad start…can they?

We hope you enjoyed this article covering week 11 of the Ekstraliga. Who do you think will be crowned champion at the end of the season? Let us know!