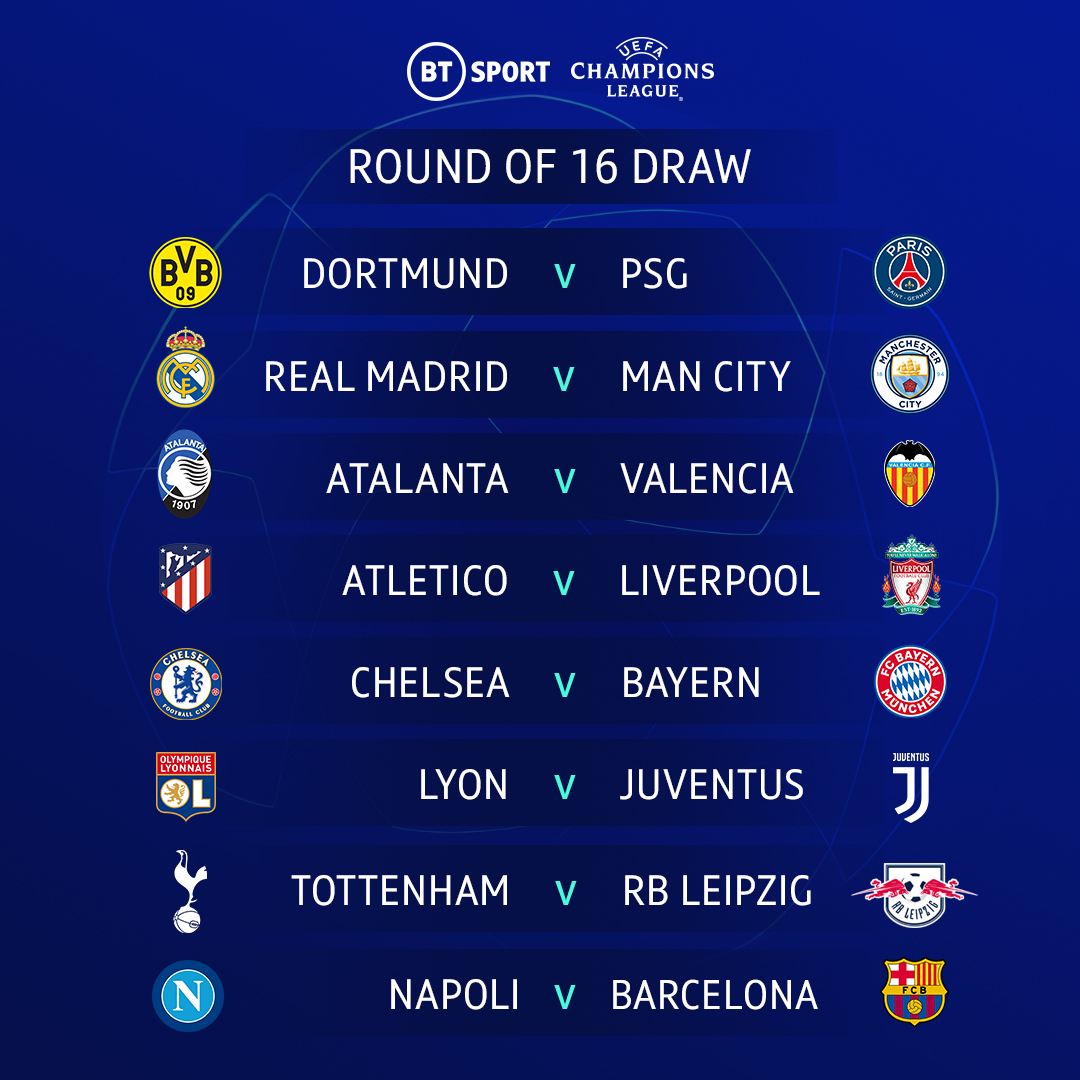 The last 16 draw has produced some mouth watering ties. Despite Liverpool and Manchester City topping their group;  they face a tough task ahead of them with both teams heading to Madrid.

Meanwhile Chelsea have it all to do with a difficult tie with German giants Bayern Munich. Meanwhile Mourinho’s Spurs side will surely be relieved to be up against RB Leipzig in one what looks to be the easiest tie for all of the English sides.

When will the last 16 games be played?

The group winners will play their first leg away from home with their second leg commencing at home.