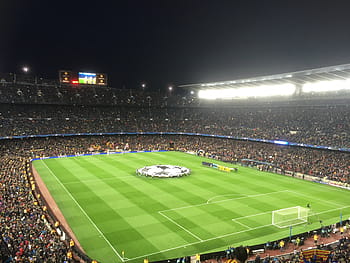 Which four teams have finished on 100 points or more in the top five European leagues?

Reaching a high points total is a measure of a stellar league campaign in football. A century of points is a particularly impressive and rare landmark – especially in elite European leagues. It is near impossible in the Bundesliga – a 34-game, 18-team division, with a maximum of 102 points available. A total of 114 points, however, can be earned in the Premier League, La Liga, Serie A, and Ligue 1.

Premier League champions Liverpool finished the 2019-20 season on a formidable tally of 99 points – the second highest in English top flight history. However, a 2-1 defeat to Arsenal in Liverpool’s 36th league game ended their hopes of becoming ‘Centurions’.

Here, we look at the four top flight sides who have achieved 100-point seasons across England, Spain, Italy, and France (statistics from transfermarkt.com).

Jose Mourinho’s Real Madrid became the first ever side in Europe’s top five leagues to reach 100 points in a season – as they claimed their 32nd La Liga title. Los Blancos eclipsed the previous record of 99 points set by Pep Guardiola’s Barcelona in 2009/10.

In 2011/12, Real Madrid finished nine points clear of arch rivals Barca in Guardiola’s final season as manager. Mourinho’s side also set La Liga records for goals (121), goal difference (+89), and away wins (16). Los Blancos ended the season with a 23-match unbeaten run. This included a crucial 2-1 El Clasico win at Camp Nou in the fifth-last game – Real’s first away league win against Barcelona since 2007.

The following season, Barca equalled Real Madrid’s points haul under Tito Vilanova – Guardiola’s former assistant – in winning their 22nd La Liga title. They became the first side to score in all 38 games of a La Liga campaign – finding the net 115 times. Barcelona led the league for the entire season and finished 15 points clear of Mourinho’s Real Madrid  – a record La Liga winning margin. They were also unbeaten at Camp Nou – winning 18 of 19 games.

It was revealed in December 2012 that Vilanova was suffering from throat cancer for the second time. He underwent surgery, before chemotherapy and radiotherapy treatment – during which time, his assistant Jordi Roura took over as head coach. While Vilanova returned to his role in late March to complete the season, he resigned in July 2013 to continue his treatment. He sadly passed away on April 25, 2014 aged just 45.

For a third consecutive season, a European giant achieved a ‘Centurion’ campaign in one of the top five leagues. In Antonio Conte’s last season as manager, Juventus claimed their 30th Serie A title – surpassing Real Madrid and Barcelona’s points tallies, as well as breaking Inter Milan’s Italian top flight record of 97 points.

The Old Lady finished 17 points ahead of second-place Roma, winning 33 games and losing only to Fiorentina and Napoli. They won all of their 19 home matches at Juventus Stadium – a Serie A record.

Guardiola’s Manchester City side became the first English team to reach 100 points in a top flight season. In winning their fifth league title, they broke the 95-point Premier League record set by Mourinho’s Chelsea in 2004/05.

We hope you enjoyed the article ‘Teams to Reach 100 Points in Europe’s Top Five Leagues’. Which of the four sides do you think is the greatest? Let us know!

Ewan graduated from the University of Sunderland with a First Class Honours degree in Sports Journalism in 2020. He enjoys watching, playing and writing about sport - particularly football and tennis. Ewan is a Newcastle United supporter. You can contact him at: ewanwest99@gmail.com, and find him on Twitter: @EwanWest99