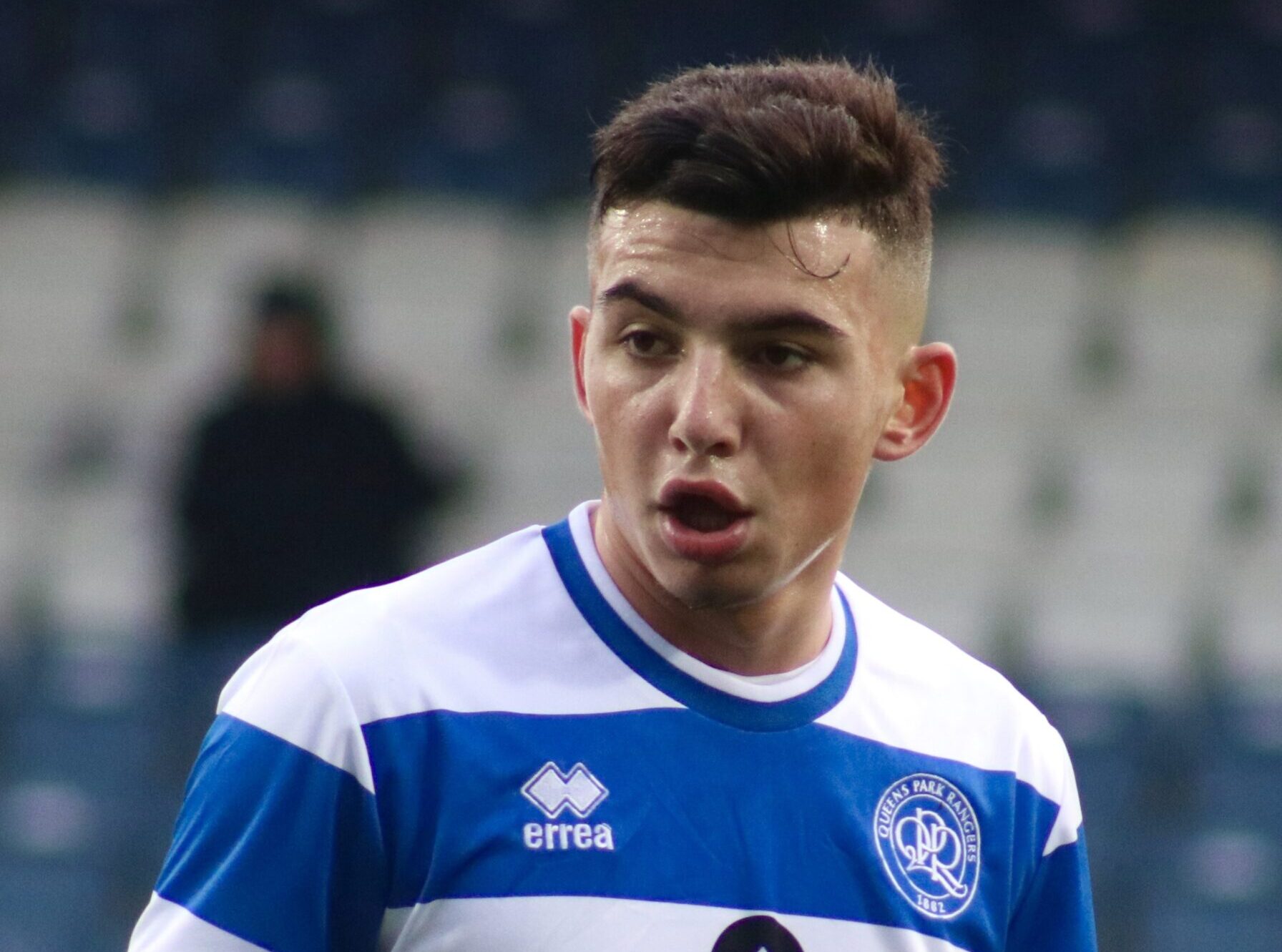 Who to Look Out for in this Season’s EFL Championship

Championship Players To Watch This Season

The EFL Championship swings back into action on Friday 6 August and pre-season is well underway for all 24 teams. The strength and depth of the teams involved means that this season is shaping up to be one of the closest contests we have seen for many years. Last seasons’ three relegated teams are among the favourites to win promotion back to the Premier League, but there are a number of teams who, on paper at least, could mount a serious promotion-bid.

The Championship is a notoriously difficult league, being comprised of a number of equally matched teams. The competitiveness of the league leads to unpredictable results and often produces surprising title contenders each year. Last season it was Barnsley, who finished a highly creditable fifth under the leadership of Valerien Ismael, who has since moved on to manage West Brom.

In a league where closely contested matches are a weekly occurrence, it often comes down to certain individuals who can make the difference during tight games. We’re going to take a look at some Championship players to watch this season and if they have a good year then there’s a strong possibility of their team’s finding themselves near the top of the table next May.

The 23 year old forward enjoyed a breakout season last year, scoring 28 goals in 40 league appearances. After such a prolific season it is not surprising that other clubs are interested in signing him, with Blackburn recently rejecting a £15 million bid from Watford. The Ewood Park club are keen to hold onto their striker and feel that he is central to a potential promotion push. Armstrong’s keen eye for goal scoring opportunities and his reading of the game are key strengths, with another 25+ goal season expected, if he remains at the club.

Blackburn take the lead at Griffin Park after a delightful lob from Adam Armstrong – it's also an assist for 'keeper Christian Walton! 🧤

The Dutch winger made a significant impact in the Championship last season and was a big reason why Bournemouth reached the play-off semi-finals, eventually losing to Brentford. He can face the prospect of another season in the Championship with the knowledge that he possesses all the tools needed to succeed in this league. Danjuma often demonstrated not only his amazing dribbling and crossing skills, but also developed his goal scoring, contributing 17 goals and 7 assists last season. Scott Parker will be keen to ward off interest from Villarreal, who tabled a £13 million offer, which was soundly rejected by the club. Bournemouth fans will hope to see more from the wide man next season, with more goals and assists coming from the left winger.

🍒 @afcbournemouth's Arnaut Danjuma is the Sky Bet Championship Goal of the Month winner for April, receiving 43% of the public vote!#EFL | #SkyBetChampionship pic.twitter.com/RheDavIF37

Even though Fry is only 23 years old, he has already made 138 first team appearances for ‘Boro, making his debut at just 17 years of age. He has been ear-marked as having Premier League quality for a few years now, but he has remained loyal to the club. Last summer he was the subject of a number of transfer rumours and again this year he seems to be interesting Leeds United and Southampton, but Neil Warnock is adamant that his young defender will remain at the Riverside Stadium. Having a reliable and solid backline is vital to a successful season and if Fry can add a little more muscle to his slender frame, he could be a force to reckon with at the back this season.

Although he is the oldest player on this list, the central midfielder has consistently been improving his all round game in recent seasons and is developing into a talisman captain at Swansea. He has experience of playing in the Premier League and should be playing at that level every week, a notion that is shared by Fulham who have been linked with a move for the player. Grimes played all but one league game for the Swans last season and his reliability and consistency could prove invaluable next season. The continuing uncertainty over Steve Cooper’s replacement means that Grimes might be sold before before a new manager is installed. If he does remain at the Liberty Stadium, he will unquestionably be an integral part of Swansea’s promotion campaign.

Matt Grimes puts Swansea in the driving seat with a brilliant goal! 👌He jinks past Brittain and curls it into the top corner.

When Eberechi Eze departed QPR for Crystal Palace he left a huge void that needed filling and it was the Moroccan international who stepped up and is making the role his own. The 23 year old, attacking midfielder, showed glimpses of outstanding talent last season and fans of the ‘Super Hoops‘ will be hoping for more of the same next season. At times, Chair can be an electrifying attacking force who terrifies defences, but he needs to work harder at the other end of the field. Even though he still has four more years remaining on his contract, he has been linked with a move to Watford and Anderlecht. Chair needs to produce more consistent displays and build on last season’s contributions if QPR aim to finisher higher than last season’s 9th place.

After joining the Royals from Liverpool last August, Ejaria has settled into life at the Madejski Stadium and laid the foundations for what could be an outstanding season. The extremely skilful former England U21 midfielder has the ability to play out of tight positions, draw in defenders and make space for his teammates. Last season Reading made a blistering start to their league campaign under Veljko Paunović, but it petered out, with them eventually ending up in seventh place. Next season, Ejaria should be expected to flourish in his second season under Paunović with both the player and manager being more familiar with their surroundings.

Finally, the host make the breakthrough!

Ovie Ejaria picks the ball up on the left, cuts inside and his deflected effort gives Reading the lead.

We hope you enjoyed this article ‘Championship Players To Watch This Season’. Who are you most looking forward to watching in the Championship this season? Let us know!

(7213)
£10.99
MOTIVATION - Getting your daily allowance of water can be difficult. Which is why we designed our Hydrate bottle to come with time markings helping you track your water intake and motivating you to hit your daily targets. DESIGN - Our leak proof wate... read more
(as of 16th September 2021 - More infoProduct prices and availability are accurate as of the date/time indicated and are subject to change. Any price and availability information displayed on [relevant Amazon Site(s), as applicable] at the time of purchase will apply to the purchase of this product.)

(1642)
£5.60
Aircell technology is fully breathable, keeping you cooler and dryer The simplified guard design is engineered to be as lightweight as possible, for more agile movement A must have for the fastest players Mitre guards are CE and SATRA tested That mea... read more
(as of 16th September 2021 - More infoProduct prices and availability are accurate as of the date/time indicated and are subject to change. Any price and availability information displayed on [relevant Amazon Site(s), as applicable] at the time of purchase will apply to the purchase of this product.)

(2603)
£6.50
Zoggs junior swimming goggles are suitable for children aged 6-14 years Colour tinted lenses provide medium protection against the sun and bright indoor light Slide adjust mechanism makes adjusting the goggle quick and easy All Zoggs swimming goggles... read more
(as of 16th September 2021 - More infoProduct prices and availability are accurate as of the date/time indicated and are subject to change. Any price and availability information displayed on [relevant Amazon Site(s), as applicable] at the time of purchase will apply to the purchase of this product.)

(178)
£10.59
Eco-friendly Material: Made of High-Density Oxford which is durable and withstands daily wear and tear.Safe and good for the environment. Durable & Convenient: The bags size is 50 x 42 cm, lightweight with a suitable size, fits for all your needs. Dr... read more
(as of 16th September 2021 - More infoProduct prices and availability are accurate as of the date/time indicated and are subject to change. Any price and availability information displayed on [relevant Amazon Site(s), as applicable] at the time of purchase will apply to the purchase of this product.)

(22406)
£10.99
100% leak proof BPA free water bottle hygienic spout cover flips open with one finger and locks closed for safety vented, smooth liquid flow for rapid hydration the width of a can, it has a soft feel for grip and fits any cup holder or backpack these... read more
(as of 16th September 2021 - More infoProduct prices and availability are accurate as of the date/time indicated and are subject to change. Any price and availability information displayed on [relevant Amazon Site(s), as applicable] at the time of purchase will apply to the purchase of this product.)

(14404)
£11.04
Durable USB Rechargeable Battery-Built--in 650mAh lithium battery makes these LED bike lights super bright in the dark. Fully charged in 3 hours and lasting over 6 hours, allowing you to avoid unnecessary battery replacement forever. They can be rech... read more
(as of 16th September 2021 - More infoProduct prices and availability are accurate as of the date/time indicated and are subject to change. Any price and availability information displayed on [relevant Amazon Site(s), as applicable] at the time of purchase will apply to the purchase of this product.)

(6787)
£3.90
Pressurized for improved performance. Premium, high density, durable felt for improved performance. Use on all court surfaces. Ideal for club and recreational use. ITF approved. Supplied in a pressurized ball tube containing 4 balls.
(as of 16th September 2021 - More infoProduct prices and availability are accurate as of the date/time indicated and are subject to change. Any price and availability information displayed on [relevant Amazon Site(s), as applicable] at the time of purchase will apply to the purchase of this product.)

(4552)
£15.99
The gentle yet reliable seals offer the soft, most cushioned fit. The seals move with you to ensure they perform while remaining comfy Specially designed cushiony comfortable goggles with Speedo BioFuse technology Your face is unique, so the flexible... read more
(as of 16th September 2021 - More infoProduct prices and availability are accurate as of the date/time indicated and are subject to change. Any price and availability information displayed on [relevant Amazon Site(s), as applicable] at the time of purchase will apply to the purchase of this product.)
Related Topics:Adam ArmstrongArnaut DanjumaChampionshipDael FryIlias ChairMatt GrimesOvie Ejaria
Up Next

ONE Battleground: Sam-A vs. Prajanchai