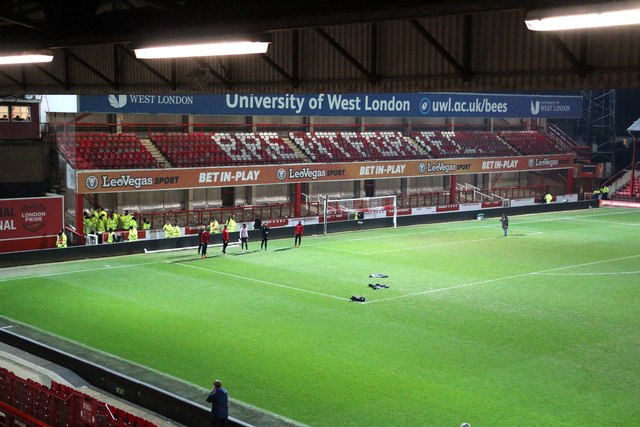 A round up from the Championships midweek action

On Tuesday Brentford got the Championship action back underway and kept the top two looking over their shoulders with concern. The Bees’ late win narrowed the gap to second-placed West Brom to just two points, albeit short lived ahead of the Baggies game on Wednesday. In form striker Said Benrahma and Ethan Pinnock scored late goals to secure the three points, after The Addicks had led through an eighth-minute goal from Macauley Bonne.

Fulham kept up their forlorn chase for a top-two finish, experienced midfielder Harry Arter with a sublime stake grabbed the only goal of the game to sink Nottingham Forest at the City Ground. Scott Parker’s Cottagers notch their third straight win and moving them within four points of the automatic spots. The result also put a severe dent in Forest’s automatic hopes, this was their first defeat since the season’s restart, a defeat that almost certainly means they will have to settle for a place in the play-offs.

Blackburn Rovers and Cardiff City played out a memorable fixture in South Wales, a wonder goal from striker Adam Armstrong eventually separating the two sides. Welsh midfielder Will Vaulks’ opener for the home side was cancelled out by Danny Graham. Forward Robert Glatzel put Cardiff, who sit in the last remaining play-off sport, back in front just before half-time. But Dominic Samuel fired the Lancashire level again moments into the second half. It was left to former Newcastle man Armstrong to clinch the points, when he let fly from 40-yards in the 70th minute after spotting Alex Smithies off his line.

Relegation threatened Huddersfield could only boost their hopes to the tune of one point as they played out a goalless draw with mid table Reading. Finally on Tuesday in a must win game for both sides, Barnsley met Luton in a clash of the bottom two sides. It was honours even in a result that did neither side any favours. Goals from Aapo Halme for Barnsley and Luke Berry for Luton cancelling each other out.

Wednesday saw a managerial exit as Birmingham boss Pep Clotet left his position by mutual consent. The Spaniard was due to step down at the end of the season, but a 10th match without a win brought his departure forward. The club’s latest 3-1 home defeat to Swansea City was his last in charge. Goals from on-loan striker Rhian Brewster Ben Cabango and Jay Fulton put Swansea within a point and a place of the play-offs. Lukas Jutkiewicz had the home side in front early, before the Swans hit back to claim victory.

West Brom moved temporarily perhaps, two points clear of Leeds at the top of the table with a comfortable 2-0 victory over Derby. The result was confirmed by goals from Grady Diangana and Dara O’Shea. Derby youngster Louie Sibley saw red late on for apparently kicking out at Albion defender Dara O’Shea. The red card has been appealed by the club.

Wigan, now in administration and facing a 12 point deduction, boosted their hopes of survival via a Kieffer Moore’s first-half winner in a 1-0 victory over QPR. They now sit eight points above the relegation zone, before the 12 point penalty is implemented. They will have to finish strong to avoid the possibility of life in League One next season. See our article on ‘Wigan Warriors to bid for struggling Wigan Athletic’ to learn more of the current situation regarding the Latics.

Elsewhere on Wednesday, it took a controversial Britt Assombalonga strike to set Neil Warnock’s Middlesbrough on the way to an important 2-0 win at Millwall.

Also Preston North End stayed in their race for the Championship play-offs with a 3-1 win at Sheffield Wednesday, strikes from Scott Sinclair, Jayden Stockley and Brad Potts giving Alex Neil’s men an important win after a poor run of form.

Leeds United finished off the weeks action on Thursday in style. They returned to the top of the table with aplomb, sweeping aside Stoke City with ease with a 5-0 win. Marcelo Bielsa’s men on target were Mateusz Klich, Helder Costa, Liam Cooper, Pablo Hernandez and in the dying embers – Patrick Bamford. The Yorkshire giants restored their one point advantage at the summit over West Brom and a six point cushion over Brentford.
With four fixtures remaining the Championship gets going again on Friday night with two six pointers for different reasons, Huddersfield host Luton at the bottom of the league and Fulham welcome Cardiff in a huge playoff contender showdown.

We hope you enjoyed the article ‘The Championship: Brentford Keep Top Two Honest.’ Who do you think will get promoted and relegated come the end of the season? Let us know!

The MLS Returns to Action in Orlando

Is the Championship More Compelling than the Premier League?