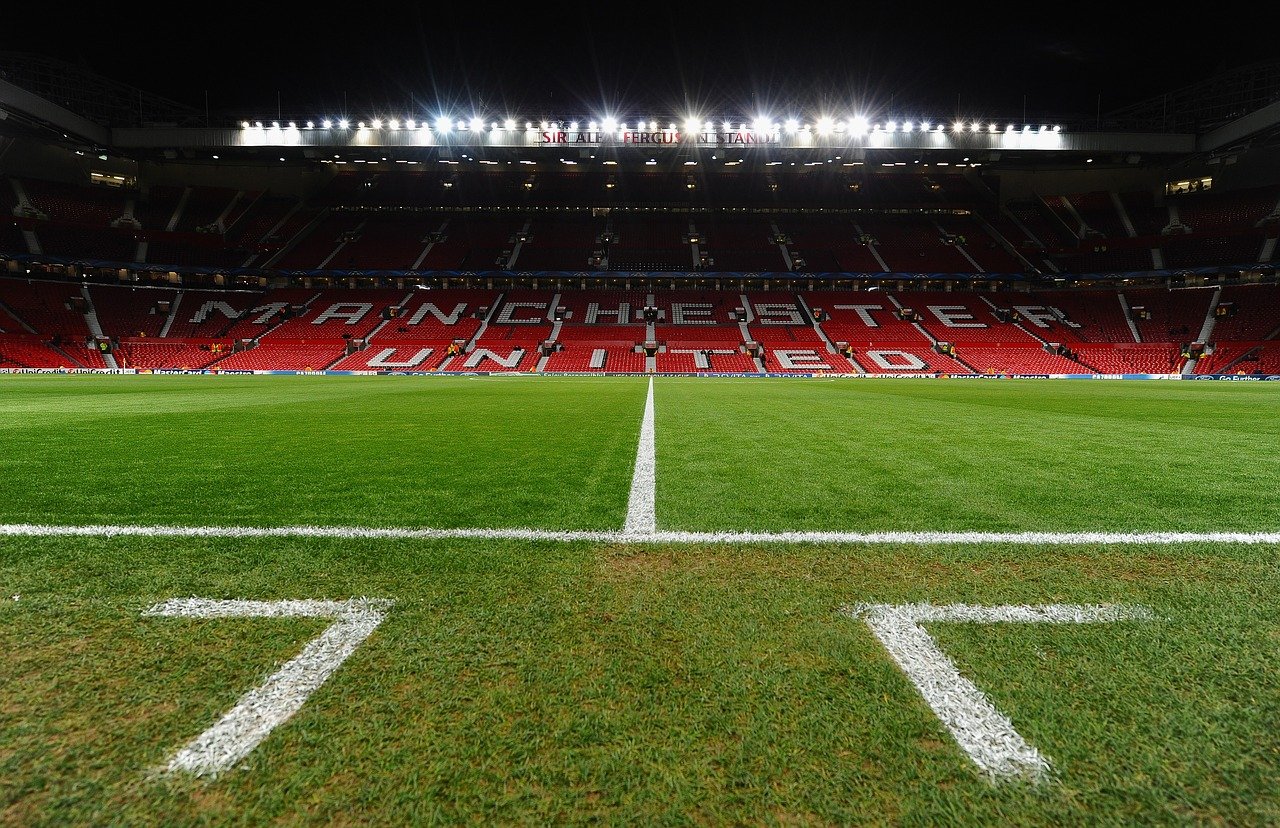 Will Solskjaer stick or twist?

So here we are again. More Man United transfer news. Will Solskjaer stick or twist? Perhaps the real question to ask is can Solskjaer stick or twist? The current Premier League leaders are enjoying a terrific run in the league at the moment. A run that has taken them to the top of the table, half way through the season, for the first time since 2013. Despite the results, there is little dispute that there are still plenty of areas of improvement. There are still players who appear to be surplus to requirements, players who need to go out on loan and gaps in the squad that need filling.

The search for a Right Winger goes on…

With their pursuit of Sancho needing to wait until the summer at least, what could we see Solskjaer do this month to strengthen that right hand side? Let’s not forget that we have already seen a Right Winger brought into the club this January.

As previously agreed last Autumn, 19 year old Amad Diallo completed his move to Old Trafford earlier this month from Atalanta for a reported £19 million. A fee that is yet to be matched this month so far. Despite Atalanta’s attempts to hold on to the winger for the rest of the season, United decided to bring the youngster in this month, as planned, in order to start integrating him into the squad.

That integration it seems has started brightly. Diallo has already impressed his new club with Solskjaer suggesting recently that he “can’t see it being too long until he’s in the squad“. Even going as far as saying it could be a matter of weeks before we see him in the squad. Combine this with a growing expectancy that he will be replacing Jesse Lingard in United’s Premier League squad, its safe to say the future is bright.

Does this mean the problem is solved? Well, not quite. With Facundo Pellistri seemingly heading out on loan to continue his development, A Winger who can jump straight into the first team would still be ideal. Bayer Leverkusen’s Leon Bailey and Wolves’ Adama Traore would fit the description perfectly and are rumored to be on the shortlist.

Leon Bailey may be a slightly riskier signing coming from the Bundesliga but his numbers are impressive. 9 goals and 8 assists in all competitions this season are sure to attract a number of top clubs. Meanwhile, Traore is having a much quieter season for Wolves but he’s certainly proved his ability in the Premier League previously.

Sticking with the right hand side, United have been bleeding Right-backs of late. After allowing Diogo Dalot to leave on loan last summer, promising youngster Ethan Laird has followed this month. Laird’s loan move to MK Dons, as part of his development, may be just the opportunity he needs to challenge for a starting place next season.

However, in the meantime, it leaves Aaron Wan-Bissaka as the only Right-back in the first team squad. There is also increasing speculation that Brandon Williams is also being lined up for a loan this month. With the likes of Southampton and West Ham likely destinations for the youngster to further his development.

Who could be the reinforcements?

The signing of Alex Telles last summer, as competition for Luke Shaw has done wonders for the latter’s form. With this in mind, there is no reason why Solskjaer wouldn’t want to replicate this on the right hand side. Former Tottenham defender, Kieran Trippier, has heavily linked to a return to England via Manchester since December.

The Englishman would be an ideal short term option while the likes of Laird improve. After switching to La Liga, he’s shown impressive form for Atletico Madrid with 5 assists to his name this season. His attacking intent, speed and set piece abilities all contrast Wan-Bissaka’s more defensive mindset. He could definitely provide a useful alternative, as well as an experienced back up option.

With the recent 10 game suspension he received appearing to cool United’s interest, Solskjaer may decide to go down a more long-term route. With this in mind, United are believed to be one of a number of clubs keeping tabs on Norwich’s Max Aarons.

The highly rated youngster would provide long term competition to Wan Bissaka, while providing different qualities. Aarons pace, ball carrying ability and attacking intent would provide a contrast to Wan-Bissaka’s more conservative approach. Such a transfer would be expensive and long term which Solskjaer may want to hold off on for now. Laird has started very well for MK Dons and an impressive end to the season would make him a much cheaper option.

Ethan Laird’s first half vs. Fleetwood Town by numbers:

Wasting no time in showcasing his quality. 🔥 pic.twitter.com/Ylfl5ed5VG

Nobody’s forgetting about a Centre-back

Despite the recent return to fitness and form of Eric Bailly, nobody’s forgetting about a Centre-back. According to Fabrizio Romano in a recent interview, the club are still aiming to complete a deal for a new Centre-back sooner rather than later.

While a big money move is unlikely in January, agreements and approaches can still be made before the summer. RB Leipzig’s Dayot Upamecano is possibly the most sought after Centre-back in world football at the moment. Bayern Munich have already approached the 20 year old’s representatives as they join a host of clubs like PSG and Chelsea interested in the player.

If an approach for Upamecano is unsuccessful, there are other options for Solskjaer. Monaco’s Benoit Badiashile was heavily linked with a move to Old Trafford last summer. As were the likes of  Villareal’s Pau Torres and Dortmund’s Dan-Axel Zagadou. Both Torres and Zagadou are not only at the perfect age but are also both left footed. Currently, all of United’s Centre-halfs are right footed and it’s Solskjaer’s preference that his left sided Centre-back is stronger on his left foot for obvious reasons.

The positive defensive performances and increased number of clean sheets reduce the urgency surrounding another Centre-back. In addition, Axel Tuanzebe remains a promising talent if he can break into the starting XI. While it certainly hasn’t been forgotten, there do appear to be more pressing concerns for Solskjaer. One of which, is clearing out players who are still being paid by the club.

Dayot Upamecano race will be so interesting. Rummenigge confirmed today that Bayern are seriously interested and pushing with his agent, but Premier League top clubs are involved too as PSG. 🔴

The clear out will continue

Currently, there are a few players who are on the wage bill, however remain absent from the squad. Sergio Romero, Marcos Rojo and Phil Jones. The former England Centre-back is one of the last players signed originally by Sir Alex Ferguson and is in desperate need of a move.

Plagued with injuries throughout his United career, the 28 year old has been linked with a host of Premier League clubs. West Brom, Newcastle United and Burnley are all reportedly interested in bolstering their defensive options. With finances still being an issue, all interested parties would prefer a loan deal. The defender’s contract at United doesn’t expire until 2023 so running down his contract also does not appear an option.

Romero and Rojo are also hanging around the exit door, with the Argentinian duo set to complete moves away in the near future. With both players becoming free agents in the summer, this January represents the last chance for United to sell.

Boca Juniors appear to be the most likely destination for Rojo, with the Argentinian club also interested in Romero. However, Matt Ryan’s transfer to Arsenal may have Brighton pondering on a move for the goalkeeper. Either way, neither player will spend much more time at Old Trafford.

The same could be said for Jesse Lingard, who appears to have a number of interested clubs in the Premier League and abroad. French club, Nice, have cooled their interest following talks with the players representatives. But it’s the Premier League that appears the most likely destination now. Jose Mourinho, an admirer of Lingard when managing United, may be open to bringing him to Tottenham if Dele Alli leaves for PSG. Sheffield United, West Brom and West Ham are also interested.

Will Solskjaer stick or twist?

Being heavily involved in a title race was not expected at this stage of Ole Gunnar Solskjaer’s long term project. But that is where they are. There will undoubtedly be calls from many who are desperate to see big signings but that appears unlikely due to the pandemic. For Solskjaer, it may also prove unnecessary. A Right Winger and a Centre-back are certainly high on the priority list. Both will need to have enough quality to jump straight into the First Team Squad and will not come cheap. For this reason, a summer move for these positions are more likely.

It is probably far more likely that January will be a month for the short term. A month to continue the deep cleaning of the squad. A month to secure loan moves for younger players to boost their development. The signing of an established Right-back to cover Aaron Wan-Bissaka would not break the bank. Nor would a cheaper, more short term Right Winger be a terrible alternative before pushing for Jadon Sancho next summer. As with most transfer windows, nothing can be ruled out until the window closes.

We hope you enjoyed the article ‘Man United Transfer News – Will Solskjaer stick or twist?’ Who do you think the Red Devils should sign in January? Who is needed to make them genuine title contenders come the end of the season? Let us know!