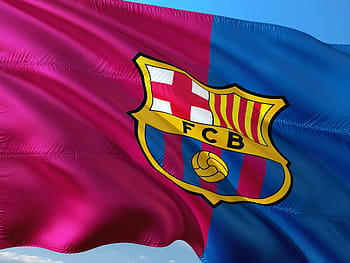 Barcelona lost their last home game of this season against Osasuna. At the same time, Real Madrid managed to win against Villarreal, securing their 34th La Liga title. It was all celebration in Madrid but not the same in the Barcelona camp. Losing to a 10 man Osasuna in the final home game was not the way Barcelona would have wished to finish the campaign. The La Liga campaign is over in a disappointing way but what does future hold for Barcelona? We talk through what lies ahead for the Catalan giants.

The Messi impact is so eminent. Is Barcelona ready for the post Messi era? pic.twitter.com/UYGANlHp5R

After La Liga, the Champions League remains to be seen as the only competition where Barcelona can make an impact. Resuming in August, Barca will play their 2nd leg against Napoli at Camp Nou. The first leg ended in a 1-1 draw, giving Barcelona a slight advantage with an away goal. It is a must win game for Barcelona, after seeing their performance since La Liga resumed. They have not been their best for the entire season, and after the match against Osasuna, the match against Napoli seems like an important one.

Even if Barcelona manage to win against Napoli, their most probable opponent for quarter-final would be Bayern Munich. Looking at how Bayern have performed in Bundesliga, it would not be easy for Barca to get past them. Barcelona with their recent performances have made the tie against Napoli a difficult one. Even though Barcelona are not the favorites to win the Champions League, a good performance is always expected from a team of their level.

“Roma, Liverpool… the fans are running out of patience because we’re not giving them anything. If we want to fight for the Champions League, a lot has to change. Like this, we will lose to Napoli”, Messi was critical after the defeat against Osasuna.

A disappointed Leo Messi believes Real Madrid "did what they had to do" to lift the La Liga title. A big summer ahead for Barcelona! #BarcaOsasuna

Replacing Ernesto Valverde in January, Setien had a lot of pressure. Taking over an ageing squad and the pressure of winning the league and Champions League proved too much for him. Setien took over Barcelona with a motive to reignite the fire among the players but all his efforts were worth nothing.

Barcelona restarted the campaign in June with a 2 point lead over Real Madrid, they however ended the campaign in 2nd place 7 points behind Real Madrid. Something went horribly wrong for Quique Setien and Barcelona. He can complain about the injuries, fixtures in quick sessions and some in-match decisions, but it’s solely Barcelona who are to blame for losing the title the way they did.

Questions were continuously raised on decisions of Quique Setien, from his starting 11 to his late substitutions. Even working with this team for almost the second half of season, he was not able to find a proper structure. After recent results and performance of team, Quique Setien’s future looks in trouble. It is clear that he won’t be sacked before the end of Champions League, but whether he will he be at Camp Nou for the upcoming season is still a question at the forefront for most.

“For me personally he’s a coach I’ve always liked but it’s true too that he’s not the coach we’re backing for the future.” Font admits that Setien is not viewed as a long-term solution. Victor Font is one of the presidential candidates, elections would be held in 2021.

Barcelona can sack Setien & bring in any other manager, but that won’t really solve the problem. The problem lies much deeper than that. The whole club needs a makeover, and it’s a relief that the elections are next year. Changes are NEEDED!

This season has been a one to forget for Barca fans. A ray of hope might still be there in the form of the Champions League but it’s something fans should not be too excited about. Instead they can look for some positives in the coming season. In the ageing squad of Barcelona, some young players are going to be added.

Young talents like Frenkie De Jong, Ansu Fati, Riqui Puig and Ousmane Dembele are already playing for Barcelona. There has been some new recruitment like Francisco Trincao and Pedri. These two young players are of immense quality and talent.

Trincao, currently playing for S.C. Braga has managed 8 goals and 5 assists in 25 matches. Whereas Pedri currently plays for La Liga side, Las Palmas and has been an important player for them. He has started 32 matches and provided 6 assists and 3 goals, which are good numbers for a 17 year old. If Ousmane Dembele manages to keep himself fit, Barcelona will have some players to lookout for other than Lionel Messi, Antoine Griezmann and Luis Suarez.

In 2021, Barcelona will have their presidential election. This means a new president would be elected at Camp Nou. Victor Font, one of the key candidates for the presidential position, has assured the fans that there would be big changes at the club. The main reason to be excited for this election is to see if Xavi Hernandez, former Barcelona captain, will take over as a manager or not. Xavi recently renewed his contract for one more year at Al Sadd. No-one at Barcelona is happy with the current board or the president.

“The biggest hope I have now is to be Barca coach and get Barca back to winning ways. They came for me in January, we were speaking. I told them the circumstances and timing weren’t right.” said Xavi after renewing his contract with Al Sadd.

The upcoming years are set to become a roller-coaster ride for Barcelona fans. Every club goes through a transformation period and now it’s time for the Blaugrana to go through just that.

📰 — Xavi intends to discuss potential scenarios with Lionel Messi, perhaps talking about the possibility of the former midfielder managing the team in the future. [ser] pic.twitter.com/eaBzFv6gV8

We hope you enjoyed this article ‘What Next For Barcelona?’. What changes do you think are needed at Barcelona to get them back on top? Let us know!