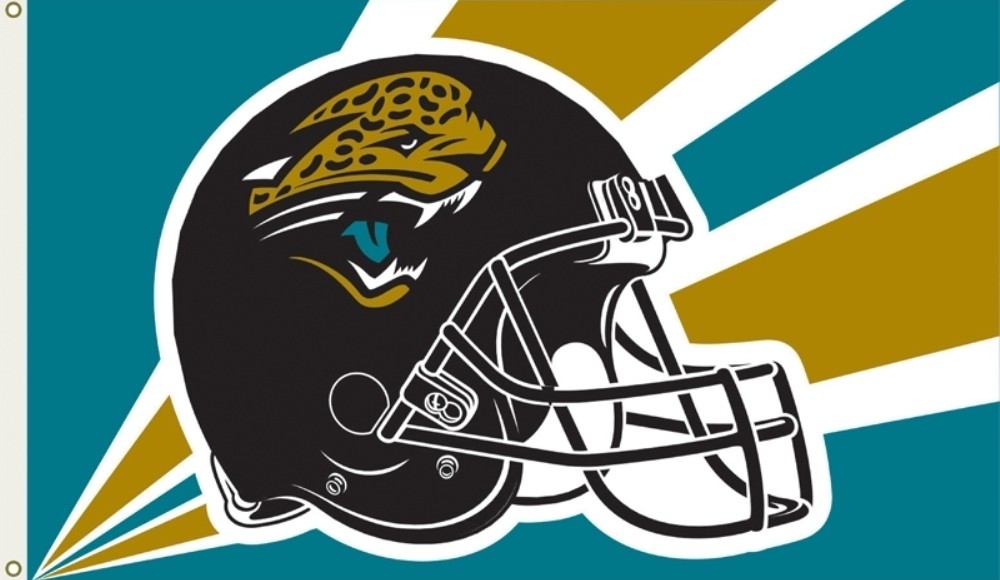 For more than a decade the NFL has played games in London. A European based team in the league has been a stated aim for at least half of that time. The Jacksonville Jaguars have been predicted to be a team which could relocate to London from their current home in Florida. How will a decision by Jacksonville City Council this week effect the situation and what do the team have to offer the UK? Are the Jaguars a step closer to London? 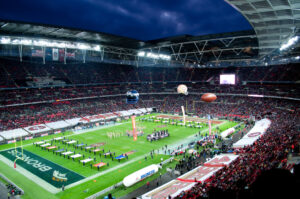 History of the Jaguars in the NFL

Jacksonville was awarded an NFL franchise at the same time as the Carolina Panthers when the league expanded in 1995. The team became the third in Florida following the Miami Dolphins and Tampa Bay Buccaneers. They are the only one of the three yet to win a Super Bowl.  Initially the Jaguars were reasonably successful making the playoffs six times in their first 12 years. Since 2007 the team have made the postseason only once. In 2017 the club won two rounds before narrowly losing 24-20 to the New England Patriots in the AFC Championship game. Jacksonville also just finished the season with a 1-15 record the worst in the NFL.

On Thursday 14th January the Jaguars announced they had appointed experienced college football coach Urban Meyer as their new head coach. It is expected the three time national champion will work well with the Jaguars young players.  He has been linked with developing young players throughout his long college career. Several teams were rumoured to be in discussions with Meyer so for Jacksonville to sign him is a positive for the team.

With the Jaguars operating in a relatively small city it has limited commercial opportunities. Rumours of the team relocating have been circulating for many years. London has been suggested as a natural fit matching the NFL’s aim to have a team in the capital of England by 2025. Four NFL games took place in London during 2019 with an average attendance of over 72,000 per game making the NFL Europe Series the 7th highest average attendance in the league.

On Tuesday January 12th 2021 the NFL’s Jacksonville Jaguars “Lot J” project went before their city council. The project was intended to breathe life into city centre. The project would have redeveloped the area near the existing stadium and provide a mix of entertainment, shops and offices.  City councillors voted to support the proposal by a vote of 12-7. Unfortunately for the Jaguars and their local fans the project required a two thirds majority and will not go ahead. Lot J had been several years in development with city officials and had been promoted by the Mayor.

Local fans of the team struggled to form a unified position on the project. They were torn between a new exciting future for their city centre and the unsecured risk of a quarter of a billion dollars plus interest to be underwritten by the council. One thing they do agree on is their disappointment at the Jaguars volunteering to play at least one of their homes games in London instead of Jacksonville each year.

I will never understand how an owner can believe he would get a “positive” reaction to telling his fans they are losing yet another home game to London. Not a dingle person is happy about this…… https://t.co/fmF2epAaIF

In 2013 the Jaguars agreed to use one of their home fixtures each year until 2016 as an international game. This was extended in 2016 to incorporate one home game each season up to and including 2020. For 2020 Jacksonville were scheduled to play home games in consecutive weeks at Wembley collecting revenues twice that of their games in Florida.  The 2020 international fixtures were cancelled and further fixtures have yet to be announced for future years. This is likely to be delayed due to Covid-19 uncertainty. The increased revenues available should mean the Jaguars will be interested in continuing their record number of appearance in the UK. Overall the team have won three games and lost 4 over the last 7 years in London which is better than their overall record at home in Jacksonville.

Jaguars Weekly UK is a series dedicated to the Jags which airs throughout the season on Sky TV in the UK. Produced by the Jaguars organisation it provides match action, player interviews and team insights for the British audience. Originally the programmes were planned to raise awareness of upcoming fixtures in London but despite their cancellation in 2020 continued. 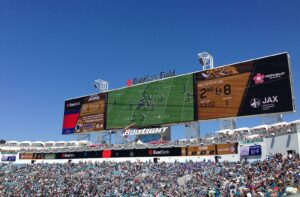 For the first time in their history Jacksonville have the first overall pick in the 2021 NFL draft of young players. The draft should enable the team to pick a quarterback to be the leader of the franchise. The Jaguars have yet to attract a superstar quarterback in team history. Trevor Lawrence is the standout candidate to be the first pick and recently declared he would be available in the draft. Signing Lawrence would be an attraction to fans and corporate sponsorship in a small market.  It would also be a draw for perspective players to improve the team’s roster.

For Trevor Lawrence playing in a quieter market would be less exposure than one of the perennially successful clubs. These teams have a much higher media profile both within their own cities and nationwide. Improving a team with a 1-15 record should be achievable. Playing in front of a fanbase which is used to having low expectations, he will be less pressured to be a superstar immediately. The teams low expectations and media profile will mean a reduction in the endorsements and sponsorship which could be expected in some NFL cities.

Trevor Lawrence has officially declared for the 2021 NFL draft.

Are the Jaguars a step closer to London?

The rejection reopened a debate which has been discussed for many years. Would the Jaguars find a new home in London? Shahid Khan purchased the team in 2011. He is also the owner and chairman of the English Premier League football club Fulham FC and lives in London. At the current time the franchise can make more money and gain more exposure by playing games away from Jacksonville. These factors all point towards relocation being a possibility.

Khan and his team President have immediately turned their attentions to another development project in Jacksonville. An entertainment complex in the Shipyards district on council owned land has been proposed but no details are available yet.

A possible relocation will come down to the franchise making more money in a new home. Despite regularly selling 60,000 tickets to their games the Jaguars are one of the worst NFL teams in terms of revenue. This is partly due to low numbers of corporate sponsors.  Opportunities for high end ticket sales at TIAA Bank Field are limited. The Jaguars rank 25th of the 32 franchises in terms of value according to Forbes. Fan site GenJag believes “the key to keeping the team in Jacksonville for the long haul will be stadium renovations.”

Developing a successful team on the field over the next couple of years led by Trevor Lawrence as a top 5 quarterback in the league is the teams aim. This would help to build interest and sponsorship in Jacksonville. Firms not naturally associated with the city would be interested in a high achieving team regularly winning playoff games. With some good acquisitions, astute coaching and Trevor Lawrence achieving his projected impact this could happen in the next few years.

It's Tottenham's new stadium as you have never seen it before.#NFL fans are going to love this. #THFC #bbcfootball #Spurs pic.twitter.com/q7HlUpvWFE

The Tottenham Hotspur Stadium has a retractable artificial pitch specifically designed for NFL games.  Wembley Stadium has hosted NFL for over two decades. The International Series in London will continue when Covid-19 allows. The NFL still has an aim of building their brand throughout the world. An estimated 15 million NFL fans are based in the UK.  This makes it the biggest market for the sport outside North America.

I don’t believe recent events have made it more likely the Jaguars will be a permanent fixture in London in the next 5 years. New plans are being developed to improve the overall financial position of Jacksonville which should positively impact the team. Success on the field is possible. It is just as possible another franchise near the bottom of the monetary table will propose to relocate.

A range of other teams have been mentioned for possible relocation. Most as they negotiate new arena deals with their host cities. Los Angeles Chargers, Carolina Panthers and Buffalo Bills have all been recently suggested for various reasons. London has the facilities and the UK has the fanbase for an NFL team. Unless there are lasting repercussions of Covid-19 or television contracts reduce it seems it is just a matter of time. The mighty dollar, as in most sports, rules the NFL.

We hope you enjoyed the article ‘Jacksonville Jaguars a step closer to London?’ Will the Jaguars relocate to London? Will another team? Do they all stay in the USA? Let us know!