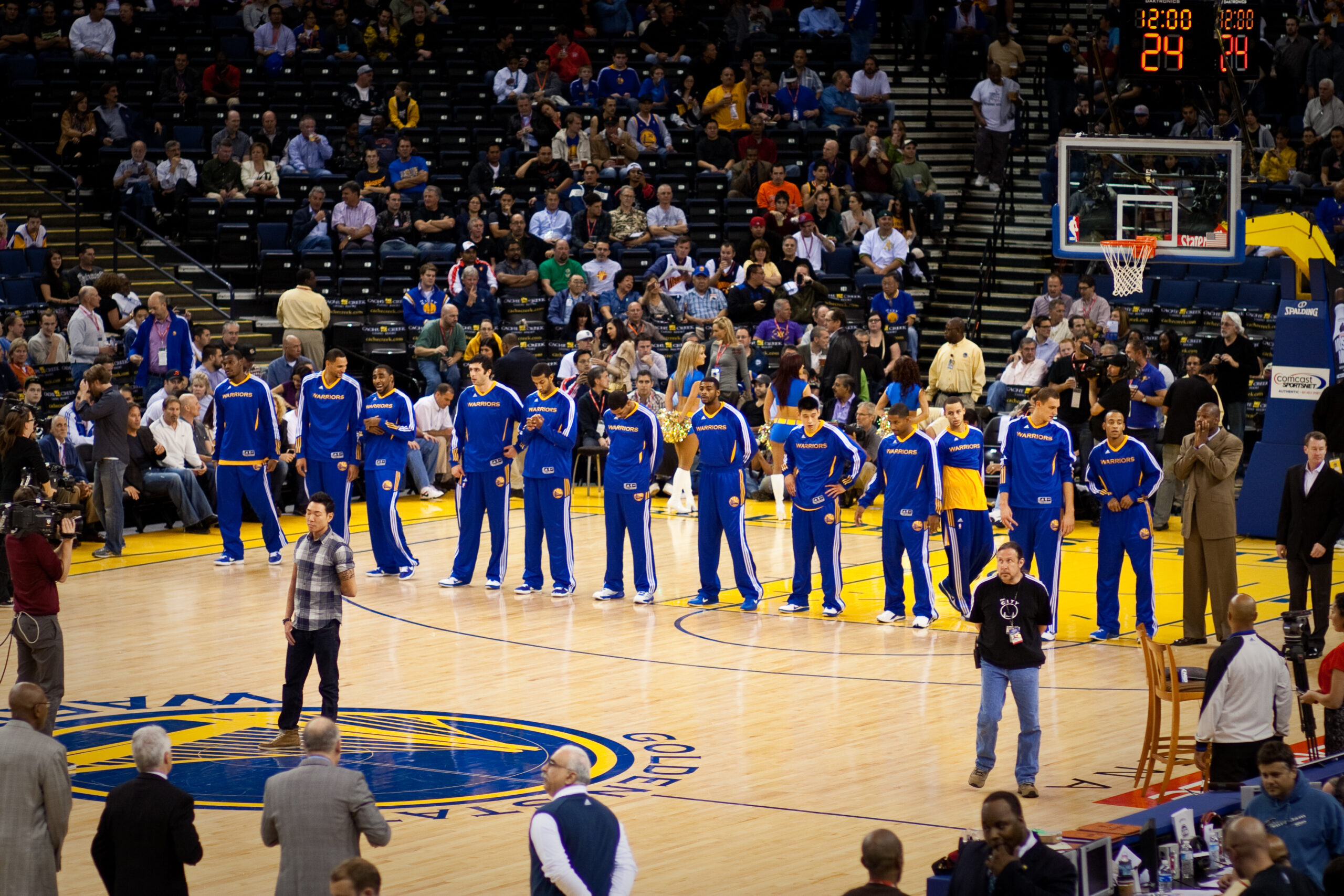 NBA: What is going wrong for Golden State Warriors?

Golden State Warriors faced Milwaukee Bucks on Christmas day and was faced with a heavy defeat as the San Francisco team lost by 39 points.

Despite scoring the first two points of the game, it wasn’t long before Milwaukee retaliated and quickly gained the lead.

By the end, when a loss became a certainty, controlling the amount of damage was the main aim for the trailing Warriors.

Kelly Oubre is the first player in NBA history to go 0-11 (or worse) from 3-pt range in his team's first 2 games of a season. pic.twitter.com/KZ6X3nr4PH

Last season, the Warriors were dealt with two blows that left them at the foot of the Western Conference table. Kevin Durant left to join Brooklyn Nets and Klay Thompson spent the season recovering from his ACL injury.

Since losing two key players from their roster, the Warriors have struggled to have their ‘killer edge’ which has affected their performance on the court over the previous season as they finished at the foot of the Western Conference table with only 15 wins and 50 losses.

The lack of replacements within the Warriors squad is one of the reasons they aren’t as effective where they have been in the past.

In their clash against the Bucks, their three-point shooting was an embarrassment to say the least. With the likes of ‘Splash Brothers’ Thompson and Stephen Curry being able to make 3-point shots with ease, watching the squad regularly miss from behind the arch was horrific.

While Thompson remains absent from the games, due to his injuries, the rest of the squad have been left to try and fill the gap. However, while some of their three point shots sank through the net, many were wide or short of their mark.

As they only scored 10 out of 45 of their 3-point attempts, this certainly was one of their weakest areas within the game. On the other hand, the wasted 3’s proved to be in favour to Milwaukee who ran successful counter attacks that followed Warriors’ failed three-point attempts.

This Warriors team needs to realize that they aren’t the 2015 Warriors real quick. The personnel of Wiggins/Oubre/Wiseman don’t match the 3-point centric style that Klay/KD/Livingston/etc. could do. Steve Kerr is going to have to totally reinvent this offense – and soon.

While their defensive efforts are much to be desired, as Milwaukee’s Giannis Antetokounmpo – at times – was able to gain his rebound and score. Their offensive ability should be a main factor for improvement.

99 shots were attempted across the four quarters but only 34 made it through the netting – this provided Golden State with a shot percentage of 34.3%, compared to the Bucks’ 54.9% (50 out of 91 field goals).

The Bucks ended the game with a total of 60 rebounds, while Golden State only finished with 43. This sole factor played into the downfall of the Warriors’ night, where they looked to secure their first victory of the season.

Khris Middleton scored a game-high 31 points and the Milwaukee Bucks used brilliant shooting from 3-point range to gradually pull away from the visiting Golden State Warriors, 138-99, on Christmas Day. https://t.co/KSfW5cC74O

Not the Golden State we used to know

With Thompson out and Draymond Green benched in the Christmas day clash, it was clear Golden State lack replacements for its key players. A problem that cannot be fixed overnight and one that will be costly to their season-long performance.

Until these areas can be filled and maintained, Golden State are in for a rough ride and a tough season.

Lerone Murphy: Fighters at a Glance