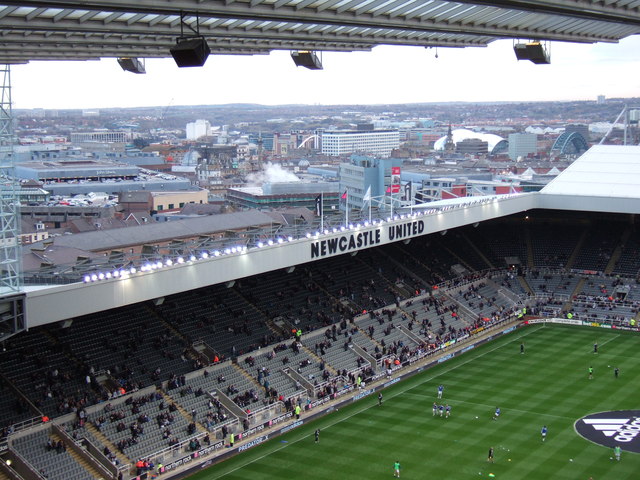 Newcastle are making moves in the transfer market

September has started well for Newcastle United in the transfer window.

Newcastle’s recent signings have generally gone down well amongst fans, signing proven players for relatively low fees rather than throwing money out for another Joelinton. The magpies have spent around £35 million, bringing in four players with Premier League experience, along with squad player Mark Gillespie. The addition of Irish midfielder Jeff Hendrick on a free transfer is a reliable but rather unexciting addition. However the squad has undoubtedly been improved with September’s new signings.

Callum Wilson’s £20 million arrival from Bournemouth on a four-year deal is  an important addition for the club, with the England international being offered the number nine shirt belonging to Joelinton. Wilson’s best season in-front of goal in the Premier League came in 2018/2019 when he scored 14 from 30 appearances. Wilson had been linked with moves to Tottenham and Chelsea in previous windows so his arrival on Tyneside definitely has positive signs for the club. The 28-year-old has had a few injury problems, but if he stays fit, he is surely the man to lead the line for Newcastle.

Newcastle’s addition of another former Bournemouth player on a free transfer also looks like a promising signing. Ryan Fraser has proven that he can perform at the top level, the 26-year-old Scottish International formed a fantastic partnership with Callum Wilson, particularly during the 2018/19 season, when the pair combined for 12 goals; the second most in Premier League history. Like Wilson, 2018/2019 was the best in Fraser’s career, scoring seven times and picking up 14 assists from 38 games. Ryan Fraser has already said that he believes that his partnership with Callum Wilson can ‘get even better’ in black and white and the winger has signed on a five-year deal at the club. A worry for Newcastle fans however, may be Ryan Fraser’s fitness as he refused to play for Bournemouth after the restart.

The most recent signing; left-back, Jamal Lewis is arguably the stand-out addition for the club. Lewis impressed in the Championship and Premier League for Norwich City despite relegation. Newcastle paid just under £15 million for the 22-year-old Northern Irish international, which seems like good business, especially when Premier League champions Liverpool were also interested in the player. Lewis is an offensive-full back and has revealed his admiration for Liverpool’s Andy Robertson. Left-back was definitely a position that the Magpies needed to improve, with Paul Dummett experiencing recurring injuries, and Javier Manquillo struggling in pre-season when covering. It was assumed by many that Steve Bruce would try to bring in Danny Rose after his loan in the Northeast during the second half of last season, but with the signing of the younger Lewis on a 5-year deal, it seems very unlikely that Rose will return.

✍️ #NUFC are delighted to announce the signing of Jamal Lewis from Norwich City on a five-year deal!

Rob Holding was expected to be making a move on loan from Arsenal. But it looks like he is now going to stay in London. Newcastle have also apparently been blocked from making a loan move for young Liverpool striker Rhian Brewster by Jurgen Klopp. It is rumoured that the Reds may be looking at moving Brewster permanently with a potential buy-back clause.

Steve Bruce is also rumoured to have previously expressed interest in midfielders, Tom Davies and Ainsley Maitland-Niles, but were put off by Arsenal’s £25 million asking price for the latter. Bruce is understood to be an admirer of Davies and asked the club to make an offer to Everton in August.

If Newcastle can find a way of getting Wilson and Fraser into the team with Miguel Almirón and Allan Saint-Maximin they will have a front-four that teams will fear. Fans will hope that the addition of Jamal Lewis will bolster the defence and allow the wingers more freedom. Geordies will surely be watching the transfer news eagerly after their busy three-day period, hoping for more incomings.

We hope you enjoyed this article ‘New Signings at Newcastle – Transfer News’. Given their recent signings, where do you think Newcastle will finish in the Premier League this season? Let us know!

Nottingham Forest: Could the Reds be on the Rise?

Finley is a sports journalism student at the University of Lincoln and has been playing sport since the age of 10, first playing rugby and now hockey. He is passionate in writing about a range of sports, particularly team sports. You can contact Finley at: finley.cannon.5@gmail.com