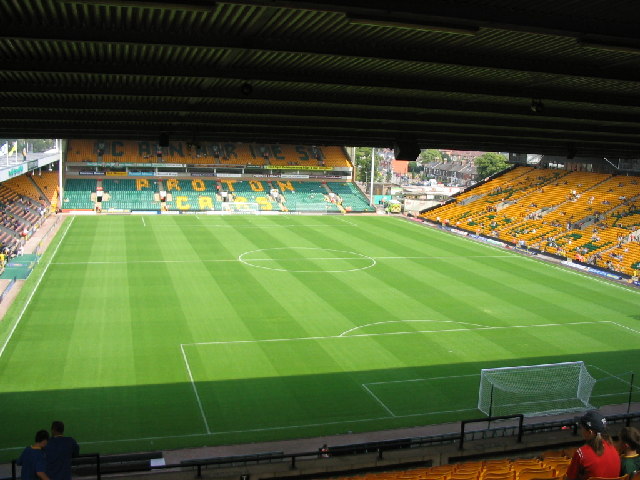 What next for the relegation bound Canaries?

A less than impressive return to top-flight football has meant Norwich City have been relegated back to the Championship. The Canaries were promoted as Champions in the previous campaign, but could not replicate their free-flowing attacking football in the Premier League.

Lack of financial investment in the Summer

It is no secret that Norwich City do not have the spending power that is often associated with Premier League clubs. In fact, their financial status meant that it was considered a surprise when they won the Championship in the 2018/19 season. The Canaries were adamant when promotion was achieved that they would approach the Premier League in the same manner. This meant that Norwich were not expecting to break the bank in pursuit of top-flight survival. This proved to be something they stuck to during both transfer windows.

Although fans did not expect to afford big name Premier League or international stars, they would have expected to spend more than the £1.1 million they did in the Summer. Meaning the club depended on their title winning momentum to steer them clear from relegation. Despite an early 3-2 victory against Manchester City in September, the Canaries found themselves 6 points from safety at the end of the calendar year.

Guess who came bottom of the Premier League table and who came top… pic.twitter.com/mo6yv10Ybv

Lack of financial investment in January and a poor restart

A further lack of activity in the January transfer window, signalled that the club would not be pressurised by the business going on around them. This resulted in Norwich only picking up 7 points in their first 9 games in 2020, before Covid-19 halted the season. The Norfolk based club were still 6 points adrift at this point and their Premier League status was hanging on by the possibility of the season being voided.

As the season resumed, the Canaries looked defeated. 9 consecutive losses meant that Norwich were relegated with 3 games to spare. An equally worrying stat saw Norwich only score a single goal in those 9 games.

✅ Manchester United and Chelsea qualify for the Champions League

Next season becomes a pivotal one for the Canaries. In recent years, we have seen clubs that were relegated from the Premier League, struggle in the Championship. Although Norwich were deservedly promoted as Champions in the previous campaign, the competition and quality in the Championship has certainly increased. Daniel Farke now has the difficult job of picking his players up and restoring the brilliant football that was on display in the 2018/19 season.

Norwich also face the threat of losing some of their key players this transfer window. Rumours have begun to circulate around Carrow Road about the futures of some of their most influential individuals. The Canaries will do well to keep the squad together, with some of the European giants looking at the likes of Emiliano Buendia, Ben Godfrey, Max Aarons and Jamal Lewis.

These players will come with a hefty price tag, so at least Norwich will have the opportunity to ensure their own financial security, if necessary. Also, the way the club have operated this season, has meant that relegation will not have a disastrous economic impact.

Happy with our signings so far? pic.twitter.com/J3kogkTXtr

What happens next year?

Next season may benefit Norwich, with clubs unlikely to splash out on big-money signings. It will all depend on whether Farke can get the Canaries playing the football that got them into the Premier League and whether they can keep the squad together. It may be a season of restoring and re-building for the Canaries, but Norwich have the ability to bounce straight back into the Premier League.

We hope you enjoyed this article “Norwich City: Can’t pay? We’ll take it away”. What do you think the future holds for the club? Let us know!