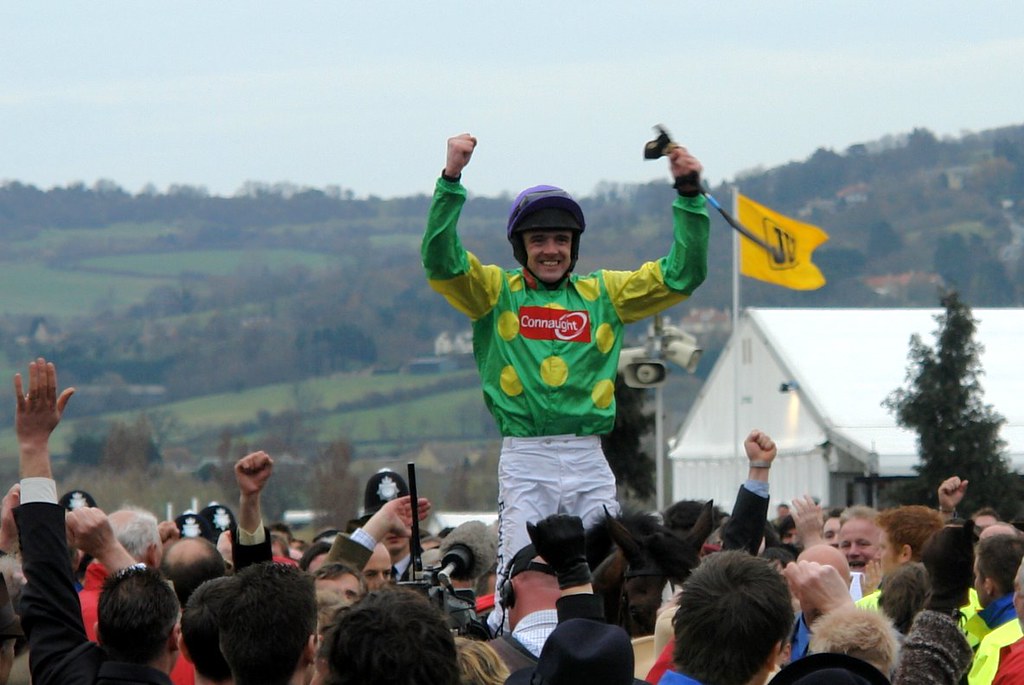 His post-race analysis mirrors the modus operandi of the BBC. And like his father before him, fools are seldom suffered gladly.

Long-time friend AP McCoy may possess the honorary title; but for many, its Ruby who warrants the obligatory bow.

Born in County Kildare (when Thatcherism was but a yearling), Ruby Walsh was destined to emulate Father Ted, in becoming a jump-jockey.

By his late teens the ‘Irish Amateur Title’ had been won and retained; before national notoriety duly arrived, courtesy of (his maiden mount in the Aintree showpiece), Papillon, in April 2000.

Within a matter of weeks, the trainer and jockey had further cause for celebration- as Commanche Court readily obliged in the Irish National at Fairyhouse.

Indeed Ruby boasts an enviable record in the respective (home-nation) Steeplechase. In season 2004/05; he won 3 from 4 –  The Welsh (Silver Birch), English (Hedgehunter), and Irish (Numbersixvalverde), only to be narrowly denied the ‘Grand-Slam’, aboard Cornish Rebel, in the Scottish National at Ayr Racecourse.

Walsh’s trophy-laden 24-year career, is perhaps best defined by his exploits at the annual Cheltenham Festival. He rode his first winner in 1998 when Alexander Banquet claimed the Champion Bumper – the solitary flat-race on the card.

The winning habit continued; and between 2004 – 2017, Walsh was the leading jockey on no-fewer than 11 occasions, facilitating a record-breaking haul of 59 festival winners. In 2009 & 2016, Ruby notched a record 7 festival victories.

The acutely humble Irishman credits his success to stable relationships – both familial and otherwise. His working relationship with master tacticians Willie Mullins and Paul Nichols notwithstanding, serve only to highlight the equilibrium afforded by his loving family.

On the reflection of this years 2022 Punchestown Festival (April 26 – 30 inclusive), which boasted equine elite (such as), Allaho, Energumene and the unbeaten mare Honeysuckle; who better to mark your card than the incomparable Ruby Walsh.

We hope you enjoyed the article ‘Ruby – One true gem.’ What is your favourite memory of Ruby Walsh? Let us know!