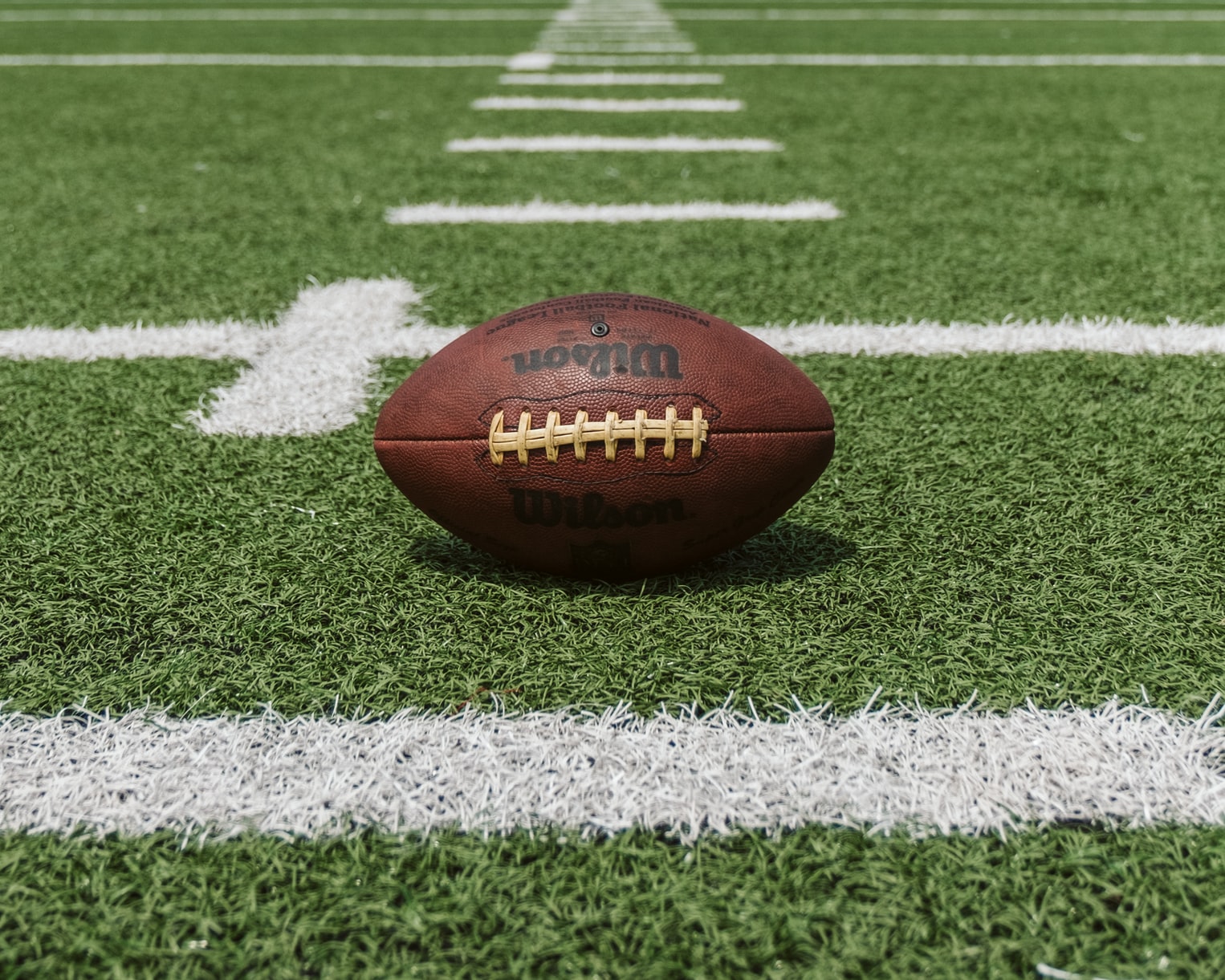 Within days of the NFL regular season schedule finishing the rumour mill started. Pundits began to speculate on the future destinations of several quarterbacks in the league. Most prominent in this discussion were Houston Texans’ Deshaun Watson and Detroit Lions Matthew Stafford. More than half of the NFL teams have been linked with a quarterback change and the Super Bowl hasn’t taken place yet. An unprecedented offseason of NFL quarterback movement is expected. Up to twenty of the thirty two teams could be changing the most important player on their team.

Two future Hall of Fame candidates have been at the centre of a retirement debate.

Almost as soon as the Indianapolis Colts exited the playoffs Philip Rivers announced his retirement. The announcement came on January 20th. 39 year old Rivers had played one season for the Colts after 16 seasons with the Chargers. He ranks 5th in NFL history in both passing yards and touchdown passes. His final game was a 24-27 loss to the Buffalo Bills in the Wildcard round of the playoffs.

“Thank you to all my coaches that helped me grow as a player and person. Thanks to the support staff. I appreciate the opposing defenses making it challenging physically and mentally every week. I also enjoyed the banter.” Part of Philip Rivers retirement statement.

Drew Brees only decided to play the 2020 season on February 8th last year. One of the biggest questions of the 2021 offseason is will he retire or play on? The 42 year old quarterback has played 20 NFL seasons, 5 with the Chargers and the last 15 in New Orleans with the Saints. He holds the record for the most passing yards of all time and lies second in the number of touchdown passes thrown in the history of the league. Brees won Super Bowl 44 with the New Orleans Saints in 2010.

Defeat in the Divisional round of the playoffs to the Tampa Bay Buccaneers intensified the rumors a retirement announcement would be imminent. As of last week the Saints General Manager Mickey Loomis commented on the decision “We’ll wait for him.” It remains to be seen if the Saints will need to enter the quarterback sweepstakes.

Drew Brees leaves the Superdome for what could be the last time as the Saints QB.

After eleven years in Detroit Matthew Stafford was traded to the Los Angeles Rams on January 31st. The 32 year old former first overall pick had played his whole career with the Lions. Both Stafford and the Lions publicised the fact the quarterback was available. A trade to the Rams was unexpected as they had only given starter Jared Goff, first overall in 2016, a new long term contract with a big salary in 2020.

In return for Stafford the Lions received first round draft picks in 2022&23, a third round pick in 2021 and Goff. Commentators believed one of the first round picks was a sweetener for Detroit to take on Goff’s contract which has four years to run. It was the first time in NFL history two 1st overall picks had been traded for each other.

Mixing the number one NFL defense last season with an upgrade at quarterback should make the Rams a contender next year. The Rams stingy defense only gave up 18.5 points a game compared to the Lions league worst 32.4 which should make it easier for Stafford to win ball games.

The Rams were able to win a first round playoff game this season with Goff at quarterback. He took them all the way to the Super Bowl in 2018-19 where Los Angeles lost 13-3 to the New England Patriots. Los Angeles don’t have a first round draft pick until 2024 but should have a decent chance of winning the Super Bowl in the next few years if they can pick well in the lower rounds, continue to excel at defense and Stafford maintains the form he enjoyed in Detroit. Their win at all costs strategy is risky but could be rewarding.

The Lions are in a rebuilding phase and are expected to get worse before they get better. Acquiring the three draft picks should help accelerate this process enabling them to begin to fill the many holes in their line up. Goff has a second chance to impress but is expected to be only a short term fix for the team. Can he succeed in adversity? For the last decade the Lions have rarely raised above mediocre and since the turn of the century have only made the playoffs three times. A huge improvement is needed for one of the league’s worst franchises. The Lions now need to use the picks wisely to get better.

There has been much debate on the side which got the best deal from the trade so far and much will depend on the form of the quarterbacks for their prospective teams next season and beyond. As with most trades an instant appraisal is very difficult. A long term rebuild against win now.

Rumors have continued to swirl about more blockbuster trade moves. Houston Texans and megastar Deshaun Watson has asked to leave the team. He is one of the new generation of athletic young quarterbacks who have taken the league by storm over the last five years. With the ability to rush in addition to their passing ability they have revolutionised the position. Watson hit the ground running in his first season and has yet to slow down.

Watson is another player who signed a lucrative 4 year $160 million contract extension in 2020. He led the NFL in passing yards during the 2020-21 season but the Texans only won 4 of their 16 games. This was a huge downturn on the 2019-20 season when the team won their Wildcard playoff game and gave the eventual Super Bowl winners Kansas City Chiefs a scare before losing in the Divisional round.

A nightmare 2020 for Houston got off to a bad start in March when they traded elite level wide receiver DeAndre Hopkins to the Arizona Cardinals. The trade caused bemusement throughout the league with the Texans only receiving declining running back David Johnson and a second round draft pick in return. With the teams main threat not replaced it made the season much more difficult. Head coach and General Manager Bill O’Brien who had decided to trade Hopkins was fired after the team started with a 0-4 record. Interim coach 73 year old Romeo Crennel steadied the ship with 4 wins over the remainder of the season but wasn’t helped by number one wide receiver Will Fuller’s and star defensive back Bradley Roby’s 6 game suspensions for taking performance enhancing drugs.

The poor form of the Houston Texans saw them drop down the standing eventually finishing with the third worst record in the NFL. Ordinarily this would have meant the third overall pick from the draft coming to Texas but former GM used it in a previous trade in 2019 with the Miami Dolphins. Miami now gets to add to its arsenal of young talent.

In a surprise appointment Houston appointed David Culley as the new Head Coach at the end of January. The 65 year old will become the oldest first time coach in NFL history. Despite never having been a defensive or offensive coordinator he has 27 years NFL coaching experience with 6 teams mostly with quarterbacks or receivers.

Almost as soon as the appointment was made the press reached out to the teams star Deshaun Watson about his future with the team. Watson confirmed to reporters he had asked for a trade at the end of the season.

Deshaun Watson has a no trade clause so will have some control over any destination if he is eventually traded. With the price for an older, less dynamic and lesser talented quarterback in Matt Stafford now set the price for Watson could be the highest in NFL history. Any interested teams would need to ensure they did not give up too many assets and could remain competitive. At the time of writing the Texans are publicly saying the quarterback is staying but this could change over the close season.

Deshaun Watson officially has requested a trade from the Houston Texans, per league sources. He actually did it weeks ago. Their new head-coaching hire, David Culley, has not and will not alter Watson’s thinking.

After nine Super Bowl appearances and six wins in twenty years with the New England Patriots Tom Brady moved to Tampa Bay in the 2020 close season. Forty three year old Brady is at the forefront of most fans conversation about the greatest of all time. With Brady at quarterback the Tampa Bay Buccaneers have won the NFC and will compete in the Super Bowl. This week Tom Brady revealed he was tempted to continue playing beyond the age of 45. Following the season the team have had it is highly unlikely the Buccaneers will need a new quarterback in the offseason.

Kansas City Chiefs and their superstar Patrick Mahomes stand between Brady and a seventh Super Bowl title. The Chiefs are the reigning champions and favourites for the repeat. Mahomes is only 25 but he is the consensus selection as the NFL quarterback most fans would want on their team in 2021. He still has the chance to improve over the next few years before reaching his peak. Mahomes signed a blockbuster ten year contract extension with the team in 2020 with the team committing to their leader long term.

Jacksonville Jaguars are among the teams which have a huge need at quarterback. They have the number one overall pick in the 2021 and are expected to solve this problem by drafting Trevor Lawrence. Other teams near the top of the draft would also like to improve at the position but experts are unclear which order the available quarterbacks would be selected. Teams with lower first or later rounds picks may be able to select someone they like but it is unlikely they can be a starter next season. As with any draftee there is an element of chance with a quarterback stepping up to the NFL.

This years pool of expected free agent quarterbacks isn’t deep with most being backups, ageing veterans or failed starters. Dak Prescott of the Dallas Stars is the standout name but he is expected to stay with the franchise. Teams could take a chance on these players but it is unlikely they could improve playoff teams. Franchises which want to compete for the Super Bowl and feel they need a quarterback upgrade will need to look elsewhere.

Will there be more trades?

Player movement within the league is more fluid than it has been in previous year and the NFL quarterback rumor mill is in full swing. The first domino has fallen with the Stafford trade. It is now up to the other teams to respond. With the salary cap expected to reduce for next season cap management could play a part in any deals. GM’s will need to balance the improvement a more talented quarterback can bring to the team    Will your team be the next to make a big move?

We hope you enjoyed the article ‘NFL Quarterback Merry-Go-Round Begins’ Will Brees retire? Which teams will change their quarterbacks? How many picks will it take to get Deshaun Watson? Let us know!