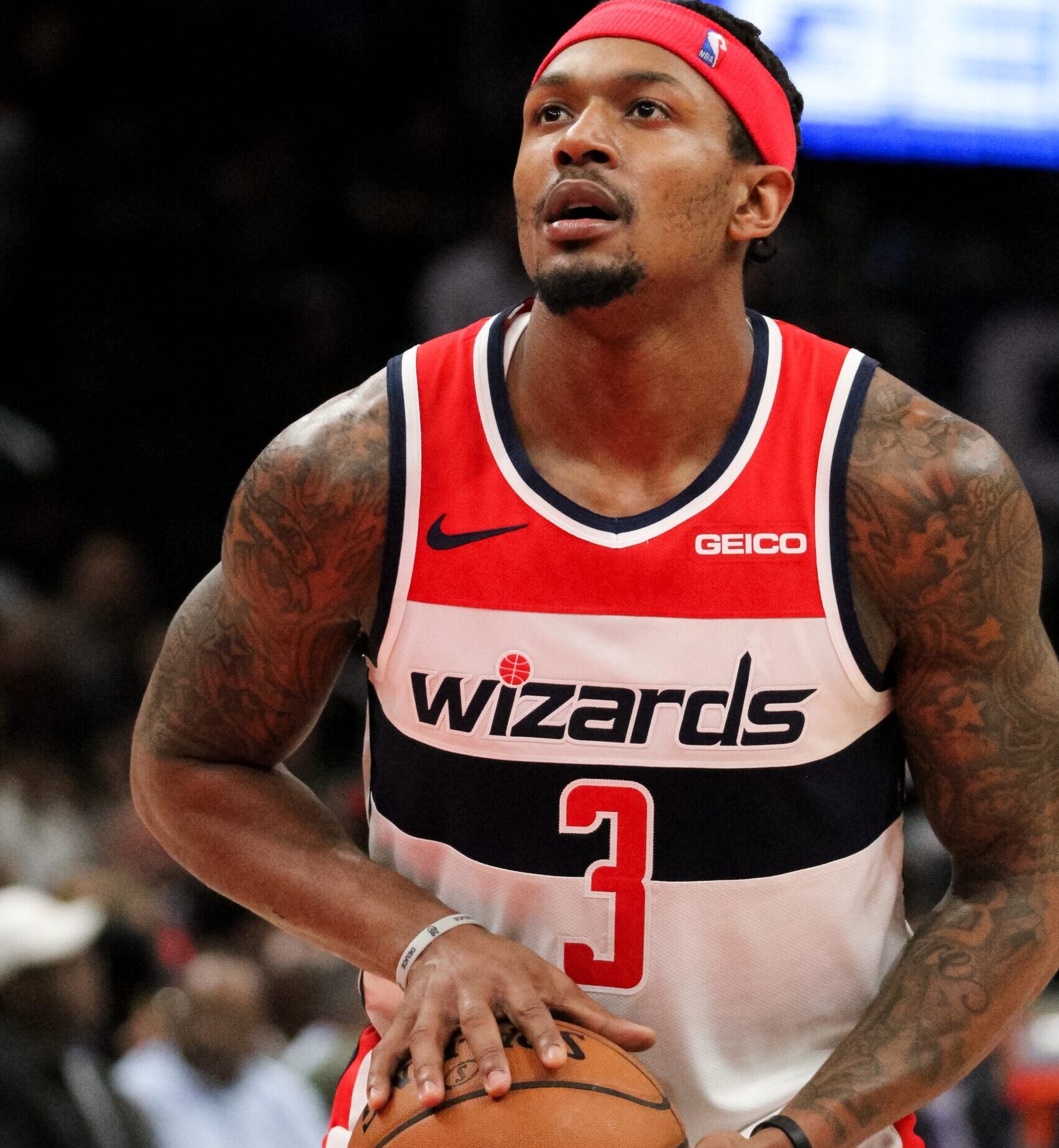 The best unsung heroes of the NBA this season

The NBA is flooded with superstars. Almost every team will have one and some will have two or three in their team. These are players of the very highest of quality, who perform day-in and day-out and have built the highest of reputations for themselves. Whilst many of these players are regarded as being superstars, there are plenty of unsung heroes who play within the league that often perform at the very highest level, often failing to be recognised for their performances on the court.

We take a look at three of the biggest NBA stars who have slipped under the radar this season.

Bradley Beal has had to often play in the shadow of point guard John Wall ever since joining the Washington Wizards in 2012. As Wall was involved in the trade deal that saw him move to the Houston Rockets in 2020, Wall’s superstar status was replaced by an even greater name in the shape of Russell Westbrook.

Beal is a player that has been growing in confidence with each year that he has played in the league. Despite playing alongside a point guard that loves to drive at defenders and be the focal point of the team; the 27-year-old is currently on for his highest points scoring season of his career.

Whilst Beal’s numbers in the league have been reflected in his two NBA All Star appearances, an argument can be made that Missouri-born shooting guard deserved to have more than that, when considering that Beal has scored 20+ points-per-game on average in the last five seasons, what the shooting guard from Washington has brought to the league has often gone unnoticed because of the reputation and status of the players around him.

The Chicago Bulls shooting guard will be most recognisable for his two NBA All-Star Dunk Contest trophies, but his numbers during the regular season this season have been nothing short of impressive. The 25-year-old has been putting up a personal best in points-per-game (27.4) and a personal best in assists-per-game (5.4). LaVine showcased his talents much beyond being able to make a stylish slam dunk, notably during the Bulls recent match-up against the reigning champions: the LA Lakers. In this game, LaVine racked up 38 points as the Chicago side narrowly lost in a 117 – 115 defeat.

To become a superstar, in many cases, players tend to lift their team during the difficult times to challenge for the NBA Playoffs in the Offseason. That is certainly an aim that LaVine will have in mind for this campaign. Despite the Bulls sitting in 12th place in the Eastern Conference, they remain just one win outside of the Playoffs with a long time to go before the end of the regular season.

LaVine’s performances so far, for one of the NBA’s most famous franchises, may soon earn him a spot on the NBA All-Star roster, going from a Dunk Contest regular to an All-Star game player. LaVine has proven this season that he can be the shining light in this Bulls side, whilst not being tipped for greatness this season, they have been a difficult side to beat and a lot of that comes down to the role that Zach LaVine has played on the offensive side for this Chicago Bulls team.

Middleton is a two-time NBA All-Star but is often forgotten about when the Milwaukee Bucks are mentioned. The Bucks will be most known for the ‘Greek Freak’ Giannis Antetokounmpo, who was last season’s NBA MVP. However, much of their recent rise has come down to the incredible performances put in by the 2012 Round Two NBA draft pick Khris Middleton.

A common theme that Middleton has alongside the other unsung heroes on this list is that he is averaging his highest points-per-game in his NBA career this season. The 29-year-old point guard has been putting up 21.9 points per game whilst assisting 5.7 times per game, it is with this form that has put the Bucks into a good position in the NBA standings, as they sit second in the Eastern Conference with nine wins in their opening 15 games.

The Charleston-born point guard has been ever-present for the Bucks in recent years and has often been as valuable for the team as their Greek superstar in Giannis. As the team has become one of the most highly anticipated sides in the league, much of their future success will depend on the consistency of Khris Middleton in how the point guard can compliment his teammates and drive the team forward.

Other unsung heroes in this season’s NBA

The young man Sexton has been the driving force of this years Cleveland Cavaliers team, a side that has been on the rebuild since their title-winning season and since the departures of both Lebron James and Kyrie Irving. Sexton stole the show as the Cavs beat a Brooklyn Nets side twice in the space of a week who had James Harden, Kevin Durant and Kyrie Irving all playing  for the Nets.

The only center to feature in this list is Nikola Vucevic. The Montenegrin/Swiss-born center has everything you need to be a superstar in this league. The Magic’s centre can hit threes and provide rebounds on both sides of the floor. Whilst averaging 23 points-per-game this season, the 30-year-old is also providing 11 rebounds per game.

nikola vucevic is playing like a top 3 center this year 🚶‍♂️

Fred VanVleet played a vital role in the Raptors 2019 NBA title. Whilst most will remember the role that Kawhi Leonard played in lifting the Canadian side to the title, many may forget the highly consistent performances VanVleet ushered in both during the offseason and playoffs. The point/shooting guard played an integral role in helping the Raptors secure their first NBA title. Since then, the South African has only seen his numbers rise. Last season, VanVleet led the team in points-per-game as they reached the NBA Conference Finals, only narrowly losing out to a stacked Boston Celtics team.

We hope you enjoyed the article ‘Three of the best unsung heroes in the NBA for the 2020-2021 season.’ Do you agree with our list? Would you make any changes? Let us know!

(3495)
£11.99
✅ PERFECT FIT GUARANTEE. We back ourselves. We will help you get the perfect fit or your money back! ✅ GREAT FIT – SAFEJAWZ offers amazing retention and a secure fit thanks to our FLUID FIT️ technology. It will fill the contours of your teeth and sta... read more
(as of 17th September 2021 - More infoProduct prices and availability are accurate as of the date/time indicated and are subject to change. Any price and availability information displayed on [relevant Amazon Site(s), as applicable] at the time of purchase will apply to the purchase of this product.)

(7225)
£10.99
MOTIVATION - Getting your daily allowance of water can be difficult. Which is why we designed our Hydrate bottle to come with time markings helping you track your water intake and motivating you to hit your daily targets. DESIGN - Our leak proof wate... read more
(as of 17th September 2021 - More infoProduct prices and availability are accurate as of the date/time indicated and are subject to change. Any price and availability information displayed on [relevant Amazon Site(s), as applicable] at the time of purchase will apply to the purchase of this product.)

(29585)
£69.99
Battery Life: Up to 10 days Compatibility: Compatible with iOS 12.2 or higher & Android OS 7.0 or higher Free Fitbit Premium Trial: Your Inspire 2 tracker unlocks a free 1-year Fitbit Premium trial complete with step-by-step fitness & nutrition progr... read more
(as of 17th September 2021 - More infoProduct prices and availability are accurate as of the date/time indicated and are subject to change. Any price and availability information displayed on [relevant Amazon Site(s), as applicable] at the time of purchase will apply to the purchase of this product.)

(6300)
£14.84
Vision + Comfort: Created with vision and comfort in mind, the seal kid 2 swim goggles feature a leak-free fit for kids ages 3+, and easy-adjust side buckles that are simple for kids or parents to adjust Curved Lens Technology: Our patented curved le... read more
(as of 17th September 2021 - More infoProduct prices and availability are accurate as of the date/time indicated and are subject to change. Any price and availability information displayed on [relevant Amazon Site(s), as applicable] at the time of purchase will apply to the purchase of this product.)

(14416)
£11.04
Durable USB Rechargeable Battery-Built--in 650mAh lithium battery makes these LED bike lights super bright in the dark. Fully charged in 3 hours and lasting over 6 hours, allowing you to avoid unnecessary battery replacement forever. They can be rech... read more
(as of 17th September 2021 - More infoProduct prices and availability are accurate as of the date/time indicated and are subject to change. Any price and availability information displayed on [relevant Amazon Site(s), as applicable] at the time of purchase will apply to the purchase of this product.)

(15500)
£21.99
COMPACT & LIGHTWEIGHT – The ultra lightweight absorbent microfiber towel saves so much space and can easily be stored in any backpack, sport or gym bag. Whether you need a lightweight microfibre beach towel, camping towel or swimming towel, we have t... read more
(as of 17th September 2021 - More infoProduct prices and availability are accurate as of the date/time indicated and are subject to change. Any price and availability information displayed on [relevant Amazon Site(s), as applicable] at the time of purchase will apply to the purchase of this product.)

(1288)
£6.50
Little Ripper Goggles suitable for children aged up to 6 years old Slide adjust mechanism makes adjusting the goggle quick and easy Colour tinted lenses provide medium protection against the sun and bright indoor light Fogbuster anti-fog lenses for e... read more
(as of 17th September 2021 - More infoProduct prices and availability are accurate as of the date/time indicated and are subject to change. Any price and availability information displayed on [relevant Amazon Site(s), as applicable] at the time of purchase will apply to the purchase of this product.)
Related Topics:BasketballBradley BealColin SextonFred VanVleetKhris MiddletonNBANikola VucevicZack Lavine
Up Next

Sam is an International Relations Graduate from the University of East Anglia. Since graduating, he has gone on to write for the likes of: Sporting Feret; The 72; and The Sporting Blog. His experience writing for Sporting Feret has provided the opportunity to join the media team at Vanarama National League side King's Lynn Town FC. In the role, he conducts player interviews, writes match previews/report,s and is heavily involved in the club's match programmes. To contact him, his email is: samplummer98@gmail.com