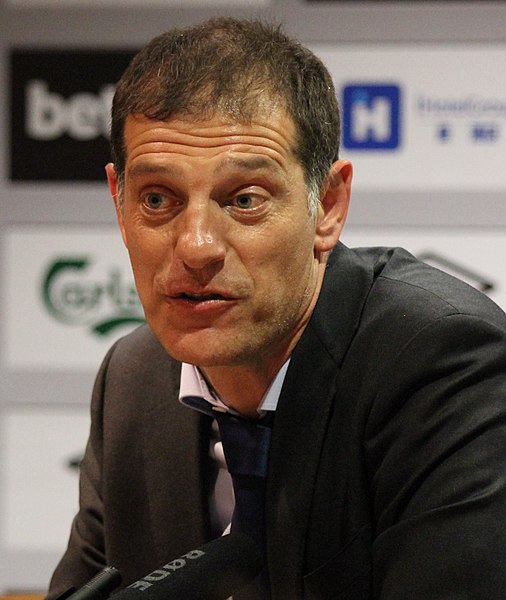 West Bromwich Albion have sacked their manager Slaven Bilic after 18 months in charge, with Sam Allardyce set to replace him

Slaven Bilic, the man who got West Brom promoted into the Premier League, was sacked Wednesday morning after only one win in 13 league games this season. West Brom are currently 19th in the table and three points off relegation, but managed to secure a promising 1-1 draw against Manchester City on Tuesday night.

This was not enough for the board however, to keep Bilic apart of their future plans. Assistant coaches Dean Racunica and Danilo Buturovic both will depart, as well as first-team coach Julian Dicks.

Bilic got his team promoted from the Championship last season, finishing second after replacing Darren Moore at the Hawthorns in June 2019. Since then however they have only won once, with their last league victory coming from a 1-0 win over fellow strugglers Sheffield United.

According to reports, former England and West Ham manager Sam Allardyce is the most likely to replace him. This would be his first job in over two years, after guiding Everton to an 8th placed finish in 2018.

The 66-year-old was then sacked by the Toffees following criticism over his ‘style of play’ by fans. The club are hoping to secure his services before Sunday’s game against Aston Villa.

West Brom issued a statement this morning, it read: “Albion would like to thank Slaven and his coaching staff for their efforts in achieving promotion last season and wishes them all well in the future.”

OFFICIAL: Slaven Bilic becomes the first Premier League manager to be fired in the 2020/21 season, leaving West Brom the morning after a 1-1 draw with Manchester City. pic.twitter.com/Ju1U49tFum

Is Sam Allardyce a good appointment?

With Sam Allardyce most likely to be Bilic’s successor, West Brom fans are left wondering whether or not this will be the right move to keep their club in the Premier League.

Their draw with City showed determination and hope, that they could keep take themselves away from the relegation zone. Over time results have been improving, but they have not been winning games.

One thing that is certain with Allardyce, is that he knows how to prevent a club from getting relegated. We have seen it so many times over the last decade. Periods at Newcastle, West Ham and Crystal Palace stand out amongst others.

It is known that his style of play may not be the most appealing to watch, but it certainly gets results. He often adopts a defensive approach to the game. This is to prevent his teams from shipping in goals- something West Brom need right now. His huge character will bounce off the players- making them a much harder team to beat.

As well as his reputation for keeping clubs away from the relegation zone, he has also managed over 500 league games. 174 wins and 138 draws shows that he can grind out a result. Allardyce’s experience in the Prem could prove vital.

Time and time again he has shown why Premier League clubs hire him, but can he turn West Brom’s situation around?

Sam Allardyce has verbally agreed to become the next West Brom manager, Sky Sports News has been told, and his appointment is expected to be confirmed today.

Should they have sacked Bilic?

After West Brom sack Slaven, many fans who had a soft spot for the manager will be upset to see him go. He was recognised as a hard-working man who often wore his heart on his sleeve. There is no denying he was passionate and determined to make it work with the Baggies, but results weren’t coming his way.

Many fans and former players alike have taken to social media to criticise the board for their approach to the situation. Arguably, many believe that the board had not backed Bilic enough.

He had set out potential transfer targets in the summer, but was often overlooked in terms of recruitment. Their owners felt like they had gone above and beyond by spending extra money, but not for the players Bilic wanted.

They did manage to retain some of their key players from last season in the transfer window however. But there were no crucial summer signings added to the squad. Diangana, Pereira and Krovinovic are all good players but signed following a loan deal from last season. Karlan Grant and Callum Robinson have struggled to find their shooting boots as well.

It also doesn’t help that the board went behind Bilic’s back to sell central defender Ahmed Hegazi to Al-Ittihad for £4m. The decision was later criticised by Bilic after suggesting that they needed defenders for the upcoming season. Especially since Hegazi impressed in the Championship last year.

With a promising 1-1 draw against Man City, West Brom were finally showing signs of improvement. This led to many shocks following his sacking. It is these kind of games were teams show their grit and courage. Where they might dig deep to prove that they are willing to fight in the Premier League.

However the statistics are clear. West Brom were not picking up points when they needed to. Losses to Fulham and Newcastle were games that they needed to win. Not to mention the 5-1 mauling from Crystal Palace. While you could argue their fortunes were beginning to turn around, Slaven Bilic was not producing results for the team.

We would like to thank Slaven and his coaching staff for their efforts in achieving promotion last season and wish them all well in the future. pic.twitter.com/RR1ik0vOk8

Will they stay up?

With it still being so early on in the season, it is difficult to suggest that now West Brom have a new manager they will stay up. But it is important to keep in mind that Sam Allardyce will be a good appointment for them. If they can figure out a way to score more goals, then they should be able to start picking up more points.

Big Sam has a good track record of keeping clubs away from relegation trouble, and he is the kind of manager West Brom need right now. They will also have better confidence going into games following their draw with City. That being said, teams around them are also beginning to pick up their form. Fulham, Brighton and Burnley have come away with good results in recent weeks.

If Allardyce fills the vacancy, they will be a much harder team to beat. Should Bilic have been given more time to find results? Yes. But now the decision has been made, West Brom must look forward and focus on the task ahead.

They have a big job on their hands. But have no doubt put their faith in a good, experienced Premier League manager to help them.

Anthony Joshua knocks out Kubrat Pulev in an emphatic display