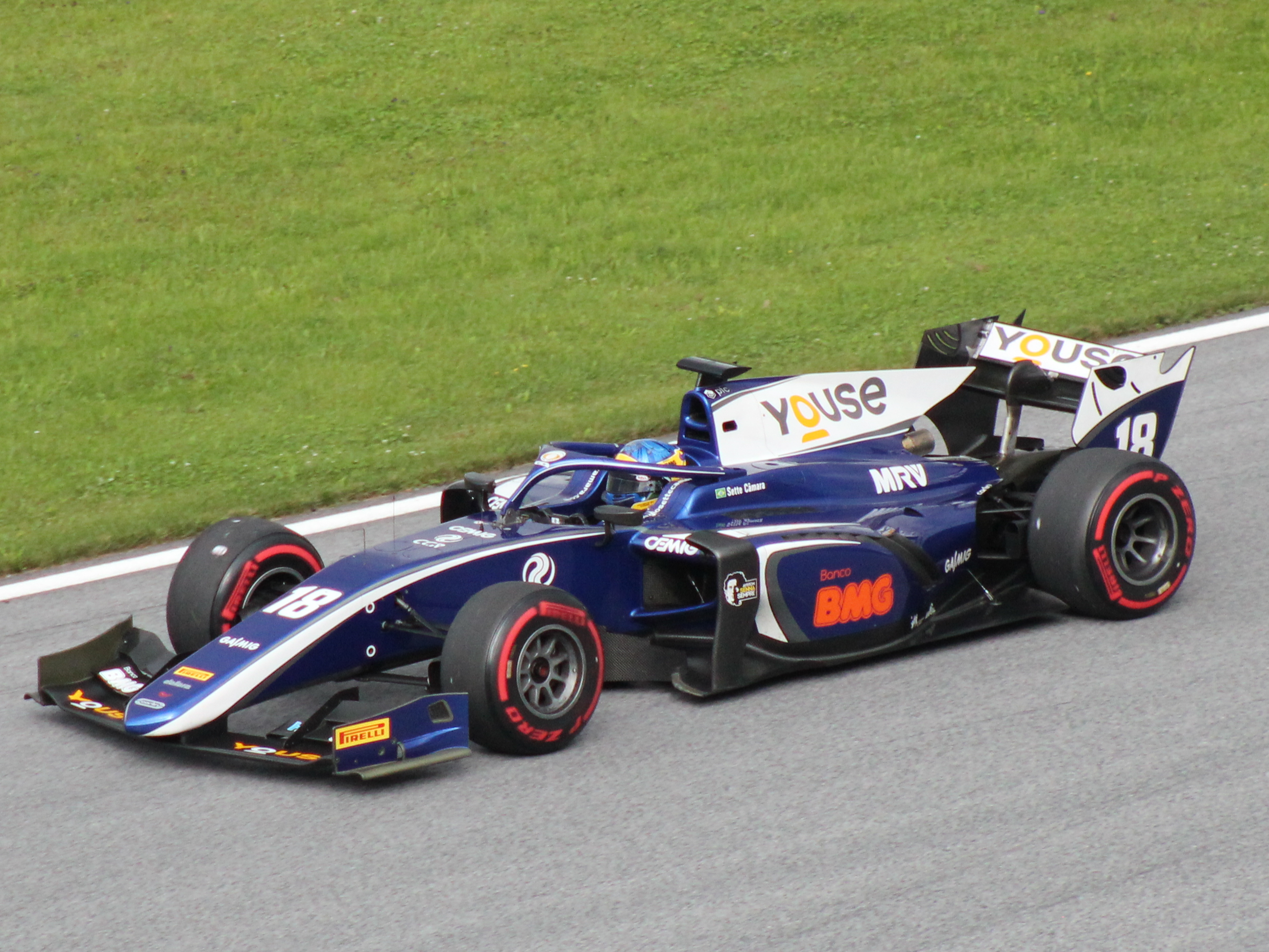 Nikita Mazepin, Hitech, had trouble before the race even got started as he struggled to get his car off the line to complete the formation lap and to start the race.

Mick Schumacher, Prema, looked to gain a hefty amount of points to solidify his title-winning chances in the drivers standings.

While everyone made it around the first corner cleanly and without issue, it wasn’t long before the first problem arrived for Calin driver, Yuki Tsunoda, who suffered a puncture and had to crawl back to the pit lane as the first lap came to an end.

Without any help from the Drag Reduction System (DRS), Mazepin – who struggled to get away as the lights went out – overtook championship leader, Schumacher at turn one, on lap three. However, the German F2 driver retaliated towards turn four and regained his fourth-place position.

By lap six, Callum Ilott, Uni-Virtuosi, slipped past Jack Aitken, Campos, as the driver switched his focus onto Schumacher who lay in fifth after Mazepin managed to take P4 a couple of laps before.

BWT HWA Racelab driver, Theo Pourchaire, was forced to retire as the race peaked over its first quarter due to his fire extinguisher exploding – this prompted an appearance from the Safety Car.

On the eighth lap, the safety car had come back into the pits and the race restarted.

But trouble quickly followed. Ilott tried to chase down his championship rival, Schumacher as they came to the double left-hander at turns nine and 10 but he locked up as his rival did.

In an attempt to avoid contact, Ilott moved to the inside line but couldn’t slow down in time and slammed into the side of Carlin’s Jehan Daruvala – who then retired from the race.

This prompted the Virtual Safety Car and Ilott was later given a drive through penalty for the incident.

After a poor start, Mazepin was on an impressive drive as he moved up into second after Marcus Armstrong, ART, locked up at turn one, on lap 11.

On lap 16, Schumacher was put under pressure from ART’s Christian Lundgaard as the German was forced to defend his position into turn four.

But, after coming extremely close to the defending Prema, Lundgaard had left himself wide open to an attack from the feature race winner Felipe Drugovich, MP Motorsport – who attempted an unsuccessful move at turn 10 the following lap.

In the dying embers of the race, Pedro Piquet, Charouz, had a terminal issue that left the Brazilian powerless as he rolled his car towards a Marshals post after turn eight.

After a strong performance, Shwartzman drove his car over the line to claim victory in Bahrain and to keep the hopes of a title fight alive until next week. However, Aitken failed to cross the finish line as he suffered a front-left puncture on the final lap.