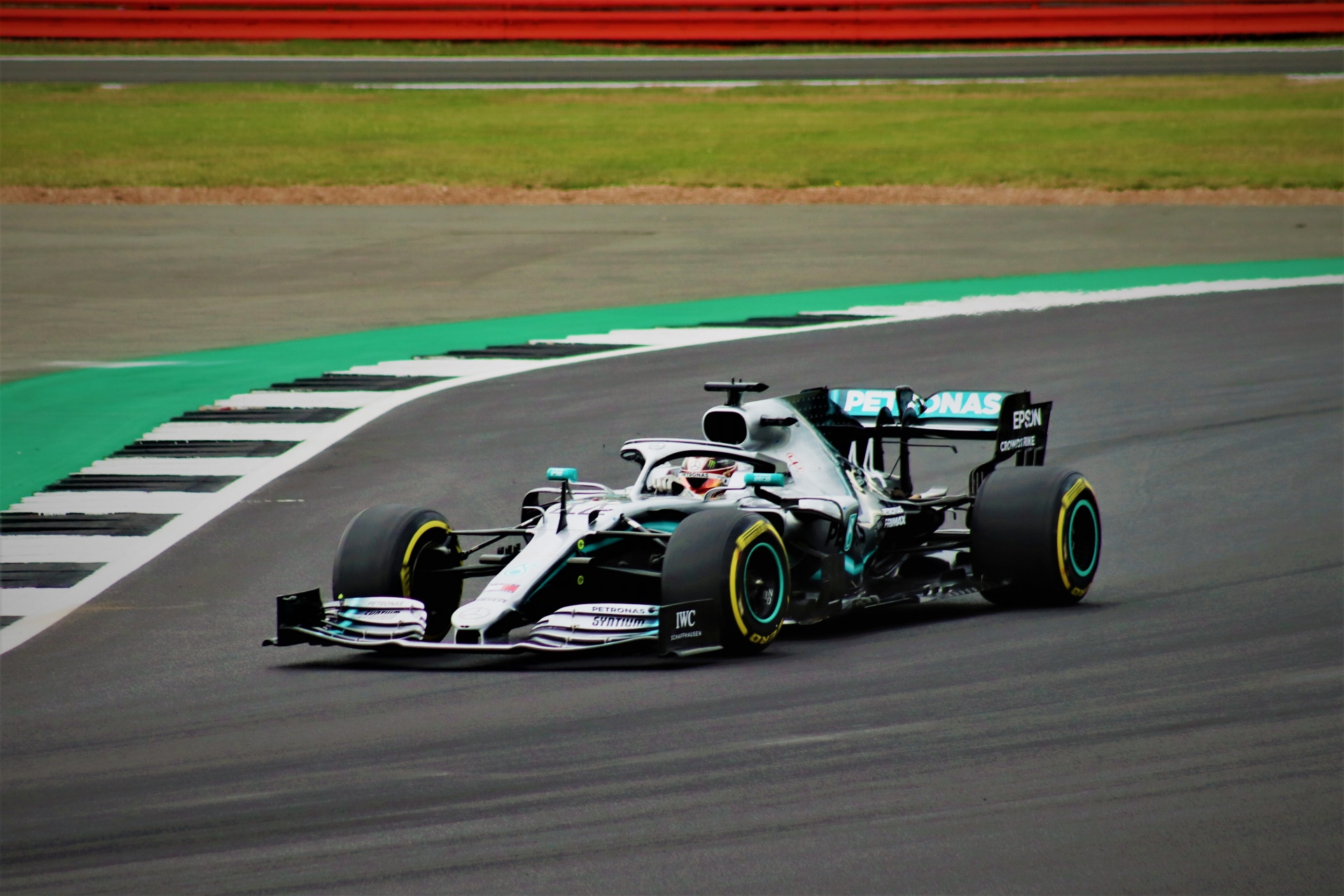 Lewis Hamilton secured pole position for Bahrain Grand Prix, as Mercedes recorded a front-row lockout for the 11th time in 2020.

The British driver sealed his seventh World Championship in Turkey, but that hasn’t stopped him from ending the season strongly after going fastest in Sakhir.

Hamilton was on provisional pole before setting a blistering 1:27:264 on his final flying lap – a new outright track record, going 0.3secs faster than Valtteri Bottas who took 2nd.

Max Verstappen will start on the second row behind the two Mercedes, although the Dutchman separated the two ‘Silver Arrows’ on their first laps in Q1. Although Verstappen failed to earn his first pole of 2020, he found some positives to starting in 3rd, he said: “Luckily starting on the clean side!”

Red Bull lock out the second row as Alex Albon secures 4th despite the Thai-British driver crashing heavily in FP2 yesterday, forcing his mechanics to work in the night to fix his car.

Sergio Perez will start in 5th after claiming his first podium in 2020 in Turkey last time out and will start ahead of Racing Point’s rivals for 3rd in the Constructor Championship. The two Renault’s closely behind the Mexican with Daniel Ricciardo and Esteban Ocon in 6th and 7th, just 0.002secs separating the two drivers, as Ricciardo out-qualified his teammate for 13th time this season. Despite Ocon out-performing the Australian in the opening two sessions.

It was a fantastic qualifying session for AlphaTauri as both drivers were in the top 10 for all three sessions, with Pierre Gasly in 8th and Daniil Kvyat in 10th. McLaren’s Lando Norris separated the two AlphaTauri’s in 9th.

Pole number 98 for @LewisHamilton – and here's how he did it, with a stormer of a lap under the lights in Bahrain 👀🚀#BahrainGP 🇧🇭 #F1 @pirellisport pic.twitter.com/Yg6WucGjNj

A difference of one-year for Ferrari

Session two was briefly halted within two minutes as Carlos Sainz spun at the first corner and his car came to a complete stop, forcing the stewards to remove his car off the track. Unfortunately for most drivers on the circuit, they were on a lapped time but had to abort and meant some drivers could only get one lap in.

Sainz will now have to start in 15th in tomorrow’s Grand Prix after failing to complete Q2, but the red-flag affected Turkish GP pole sitter, Lance Stroll, who had one flying lap and was 0.3secs off Q3 and will start in 13th. The two Ferrari’s – Sebastian Vettel and Charles Leclerc respectively – are ahead of the Canadian on the grid after the Italian manufacturers struggle so far this weekend. A real showcase of Ferrar’s downfall this season, as both drivers locked out the front-row in 2019 for Bahrain Grand Prix, but Leclerc was nearly 2secs over his pole position time from last year.

George Russell – or rather known as ‘Mr Saturday’ – continued his impressive record in qualifying after progressing to Q2 for 9th time this season and out-qualified his teammates for the 30th time since he joined F1 in 2019. Russell went 0.9sec faster than Nicholas Latifi on his final flying lap in Q1, but was unsurprisingly the slowest in Q2 and will start in 14th as he looks for his first points in the Championship.