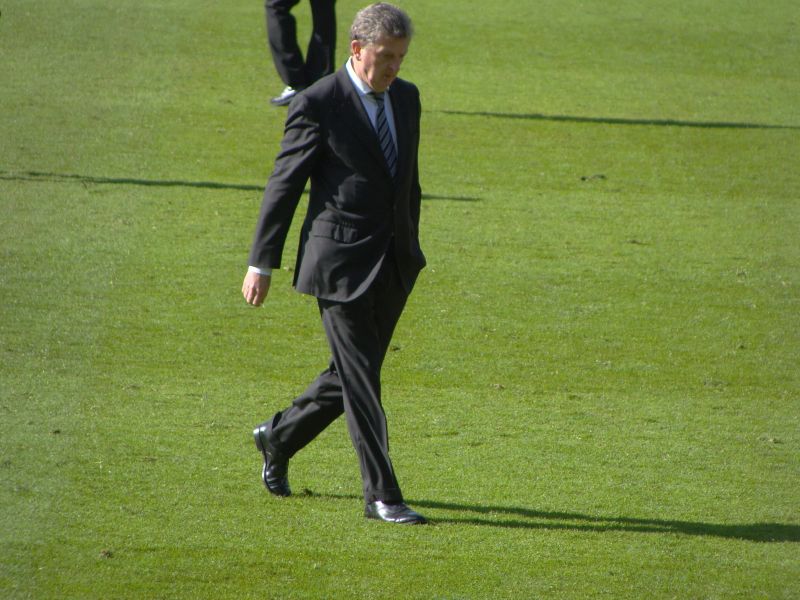 The Eagle Has Landed. Palace life has its rewards. Just ask Roy Hodgson.

As a precocious sixteen-year-old he first represented their Youth Team back in 1963. Although First-Team football proved elusive; Roy did not despair. Instead, over the decade or so that followed, he carved out a career within the no-nonsense world of Non-League Football. The invaluable experience gained, serves him to this very day.

To date; Roy Hodgson has managed fifteen club sides in seven different countries. When you factor in his national appointments in Switzerland, Finland, United Arab Emirates (briefly) and England – a craftsmen’s tale unfolds.
The transition into management began in 1976 with Swedish side Halmstad, on the recommendation of old school friend Bob Houghton (who was in situ at Malmo FC).

Hodgson’s progressive approach yielded instant success as Halmstad secured the League title, a feat they repeated in 1979. Hodgson repaid the favour by returning to England (as Houghton’s Assistant) at Bristol City. However Ashton Gate proved less receptive to their visionary tactics.

Seeking solace, Roy returned to Scandinavia where League and Cup Double success followed on two occasions at Malmo, in the mid to late 1980’s. Career milestones continued as Head Coach of the Swiss National side; where he oversaw qualification to both the 1994 World Cup and 1996 European Championships. This prompted a high-profile switch to Inter Milan, where his calm demeanour guided the Italian giants through turbulent times.

A Return to Britain

League and Cup success with FC Copenhagen; followed by spells at Udinese, Finland and Fulham – (where he guided the Craven Cottagers to the 2010 Europa League Final), led to an approach in May 2012 by the English FA, which was readily accepted.

Despite highly subjective Media criticism, Roy filled the brief to the best of his ability, advocating a reappraisal of the national sides inflated standing within contemporary world football.

In 2017, Roy returned to his beloved Crystal Palace, where his transparent approach, encourages a freedom of expression from his Backroom Staff and Players, which has helped maintain their top-tier status within English Football. With his current contract set to expire at the end of the 2020/21 Season – Football’s ‘Travelling Man’ may have one last adventure to seek. All you have to do is ask.

A win and a draw in their last two trips to the Etihad.

A draw and back-to-back Premier League away wins at Old Trafford.

Roy Hodgson's side become the first team since 2013 to go five games in the city without defeat to either club.

We hope you enjoyed this article ‘Roy Hodgson Returns: The Eagle Has Landed’. Will Roy Hodgson continue at Crystal Palace or seek yet another team? Let us know!