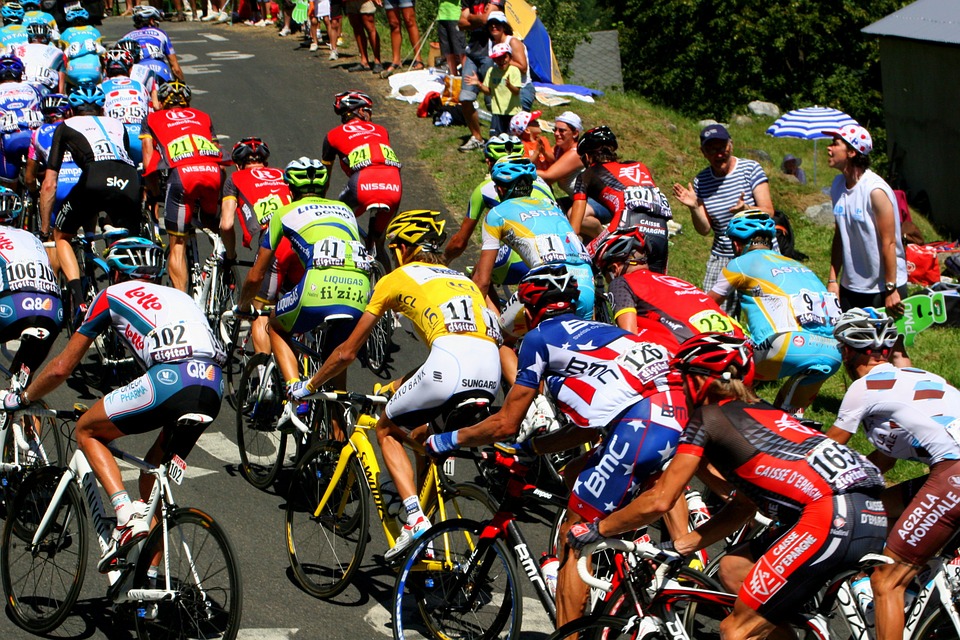 Here’s all you need to know before you intend to experience and enjoy the greatest cycling feature ever known to humankind: The Tour de France

After a period of sceptic uncertainty, it’s been confirmed that the greatest test of human endurance and willful determination in world cycling history, The Tour de France will go ahead for the year 2020.

At first glance, Le Tour as its most commonly referred may all seem a little overwhelming for a complete beginner. With a wealth of French history and an explosion of colour from riders wearing bright coloured jerseys with various sponsors, it wouldn’t be unusual if you found it hard to keep up. Never fear, here is the beginner’s guide of a few simple things to keep in mind.

A Brief History of Le Tour

The 107th edition of the historic racing feature will commence this week on the 29th of August. The race will see the world’s greatest cyclists go head to head in a 23-day long gruelling challenge to determine who will wear the prestigious Maillot Jaune (the Yellow jersey) on the top step of the podium in front of the grand Champs-Élysées.

The Tour was founded in 1903 by Henri Desgrange, editor of L’Auto magazine as a way of promoting his publication. Back in the day, advertising wasn’t as simple as getting a shoutout on the radio or putting an ad in the news. Particularly in rural parts of France, many of its small towns and villages were closed industries with a little to no input from the outside world.

The 2022 Tour de France will effectively be 4 weeks long: 3 weeks of the men's TDF followed by 1 week+ of the new women's Tour de France. Women's TDF to start in Paris on final day of men's TDF. The women's race looks to be similar to Paris-Nice & will be broadcast LIVE on TV. pic.twitter.com/NrdiwO5h2h

Therefore, Desgrange decided to hold a bicycle race that would pass through all these small towns and villages as a way of promoting the sport and his magazine. During this time, L’Auto magazine was printed on a very distinct yellow paper. Therefore, the leader of the race and the winner overall would be awarded the Maillot Jaune to further popularise the magazine.

Over the past 107 occasions of the Tour, the race has managed to capture the imagination of the public and thus become the biggest annual sporting event in the world with more live spectators than even the Olympic Games or the FIFA world cup!

The Tour de France is primarily a stage race that is broken down into 21 stages. Why the Tour is a show of great physical human skill is because on average, participants will cycle over 175 km in a day consecutively for 23 days with only two rest days in between!

Le Tour is also essentially a team race with 22 groups of riders working in unison to support their own team leader to win the race overall. It is mandatory that each team consist of eight riders. The ‘Domestiques’ (team members) resolve to strategy and teamwork to ensure that their Lead Rider is in the best possible position to finish ahead of other riders.

This year the ‘Peloton’ (the massive group of riders) will set off from Nice where two stages will be held in the dreamy coastal city. The riders, however, won’t have time to admire their amicable surroundings as the winner of the Tour is determined by the rider with the lowest cumulative finishing times in each stage.

The 2020 Tour de France will begin in the sunny French coastal city of Nice and end on the streets of Paris as fans wait excitedly for the 107th edition.https://t.co/HjMDXQAXXO#cycling #bicycling #TourdeFrance #ProCycling pic.twitter.com/P3mMyQK06L

One can easily identify the leader the Tour by the striking yellow jersey with the letters ‘LCL’ on the front that they will don for the duration of the race. It is possible for the leader of the race to change as each stage comes with its own unique challenges that the riders and the teams will have to tackle.

While the Maillot Jaune is the most celebrated jersey in the race, there are other jerseys up for grabs in what is known as Classifications. The Yellow jersey is what is worn by the leader of the General Classification or as its most commonly referred to as the GC. 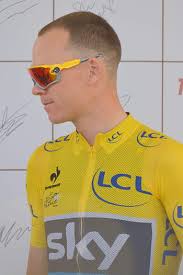 Then there is the Maillot Vert (Green jersey), awarded to the rider according to the position that they finish each stage. The winners in each of the 21 stages will be awarded the highest points with less points awarded to those that cross in second, third, etc. Some stages such as a Sprint stage will carry a higher point score in comparison with a Time–Trial stage. The points are then tallied up after each stage and added to points won in all previous stages. 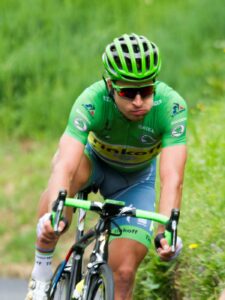 Next is the most interesting looking jersey awarded to the King of the Mountains Classification winner. This is a very distinct white jersey with red polka dots and therefore, it is referred to as the Maillot à Pois Rouges (the Polka-dot jersey). The winner of this classification is determined by points awarded to the riders who crest the numerous Le Tour climbs first. Points awarded depends on the severity or ‘category’ of the mountain determined by the organisers. 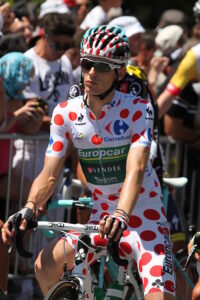 Finally, there is the classification for the pelotons Best Young Rider who will don the Maillot Blanc (the white jersey). It’s the least distinctive of all of the classification jerseys as it’s plain white. However, winning the jersey is no easy task as it is awarded to the fastest under-26 rider who completes all 21 stages of the Tour de France. Egan Bernal at the age of 22 became the youngest rider in the past 110 years to win this classification and is the bookmaker’s favourite to win this year’s race.

Who are the Favourites?

These will be the riders most favoured to win and it will be their names that are thrown around by commentators and cycling fans globally during the race.

Several of the teams mentioned below have had contenders for the yellow jersey at some point in the last five years. These are the elite pro-class teams with big-name sponsors that invest on average over 15 million dollars to see that their teams to win the GC.

Previously known as Team Sky. Hailing from the United Kingdom they have only one goal; victory.

This most traditional of French teams is built around one man, Thibaut Pinot as he mounts his title fight for the yellow jersey.

If their main man Primoz Roglic starts and finds form, they will be by far the toughest opponents. Almost like a thorn in the side of Team INEOS during this year’s Tour de France.

Peter Sagan is their main man and the team overall is no stranger to a title fight.

Since the 80s the team formerly known as Banesto have targeted the overall. This year, however, Alejandro Valverde looks well past it, while Enric Mas has yet to mature.

Team founded for the greater glory of Kazakhstan now largely reliant on Spaniards and Colombians.

Best opportunity for their main man Mikel Landa to mount title fight with a more than capable team at this year’s Tour de France.

A two-pronged attack for cycling’s strongest all-round squad: Ireland’s Sam Bennett targets sprints and Julian Alaphilippe is after everything else.

It’s all about winning stages for one of pro cycling’s oldest squads. Their main goal is to support Caleb Ewan in the sprints but they can also look to hard men Philippe Gilbert and Thomas De Gendt on the hilly days.

With the overall GC beyond their grasp, the Aussie team will be gunning for stage wins with strong man Adam Yates.

“We are very happy with the mix of experience and talent we have available for this year's race. This is a very complete group across all terrains." – Head DS, Matt White 🎙

American squad with a dilemma; target the overall with Rigoberto Urán or stage wins with everyone else?

A mishmash of nationalities containing some serious talent.

We hope you enjoyed this article ‘The Tour de France 2020: All You Need To Know’. Which riders and teams will you be supporting? Let us know!

Undergraduate Student at Nottingham Trent University studying Media, Communications and Culture. Follow me on my Socials at: https://www.facebook.com/RandevJayJ https://twitter.com/RandevJ