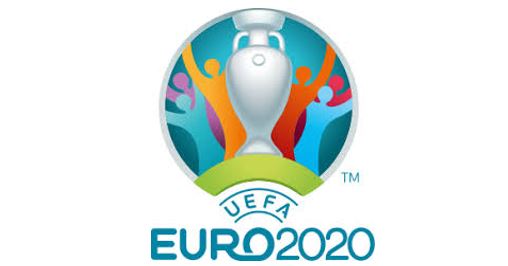 Which Inform English Players Are Unfortunate To See Euro 2020 Postponed?

As a result of Covid-19, the whole footballing world was brought to a standstill, leading to a two month period without football. Eventually the remaining fixtures were played in front of empty stadiums.

This years European Championships, which was set to be played across a range of locations around Europe, was postponed and will instead be played next summer 2021. Today would have been the final of Euro 2020 and we look at seven of England’s in form players who would have been likely to play in their first major tournament with the three lions.

At the start of the season, few people expected newly promoted Sheffield United to survive in the Premier League, and were the bookmakers favourites for relegation.

Chris Wilder has done a remarkable job with the blades this campaign, as Sheffield United never looked in danger of relegation and instead look to be on the verge of making it into the Europa League for the first time in the clubs 131 year history.  A key factor in this success has been the sensational form of on-loan goalkeeper Dean Henderson, who has been integral to Sheffield United’s rock solid defensive record. Only Manchester City and Burnley have kept more clean sheets than the Blades this year.

Henderson’s form would have made him a guaranteed name in Southgate’s 23 man squad; many would even argue that he would be in with a shout of taking the number one spot with Jordan Pickford being out of form for large periods of this season.

Having made 8 caps already for England it was clear that Joe Gomez was already highly thought of by Gareth Southgate.

However this year the 23 year old centre-back has gone from the fringes of the England team into one of the first names on the team sheet, in recent fixtures and it was likely he would start in this tournament. This season Gomez has stepped up ahead of Joel Matip to be a regular at Liverpool.

Another 23 year old defender who has enjoyed a fine season. Ben Chilwell has been a key figure in a Leicester team which has surpassed expectations and has a great chance of achieving Champions League qualification. On the international stage since the 2018 World Cup, Chilwell has established himself as England first choice left back having played the majority of the games in England’s nations league campaign.

As it stands Chilwell is in much better form than the likes of Luke Shaw and Danny Rose who have both been hit by injury and Chilwell would have been a certain starter at left back in this tournament.

How much is Ben Chilwell worth this summer? 💸

Leicester youngster James Maddison is another Englishman who has enjoyed a strong campaign His creativity and set pieces have been vital to Leicester’s good form this season and he has enjoyed two strong campaigns since he arrived from Norwich in 2018.

At this moment in time Maddison has just one cap for England however he had a great chance of extending that this summer. Next year may prove more difficult for Maddison to make the England team as it is expected that Manchester City playmaker Phil Foden will get much more game time following the departure of David Silva.

Another player whose England prospects will be tainted by the timing of Covid-19. Mason Mount has enjoyed a very productive debut season in the Premier League for the blues having been fast tracked into the squad by Frank Lampard. Such form has been recognised by Gareth Southgate who has handed Mount 6 caps since the start of the season with Mount scoring his first international goal in a 4-0 victory over Kosovo.

Although Mason Mount is one for the future he will face a much tougher battle next season to make it into the England set up. With Chelsea’s transfer embargo being lifted this summer, Lampard has already began making plans for next season with the likes of Ziyech and Werner being recruited. It is likely the Blues will also look for additions in the centre of midfield meaning there will be greater competition for places next season at Stamford Bridge.

The oldest player in this list and possibly the most frustrated of all the players to be missing out on this years Euros. Danny Ings is undoubtedly a talented striker but his career so far has been majorly hampered by injury, he currently has just one England cap which was under Roy Hodgson back in 2015.

This season, having stayed injury free, Ings has proven how lethal he can be in front of goal and is currently one of the top scorers in the division with 19 goals. He currently averages a goal every 129 minutes, all of which have come in open play, giving him a better goals per minute ratio this season than the likes of Mohammed Salah and Pierre-Emerick Aubameyang.

Had the Euros gone ahead in June this year there was a strong case for Ings to lead the line, with Harry Kane being side lined by injury and Marcus Rashford being a major doubt for the tournament.

Ings will be hoping next year he can stay injury free and revive his international career.

No player has scored more non-penalty goals than Danny Ings (19) in the Premier League this season.

In the hunt for the Golden Boot. pic.twitter.com/BiBecvV7Jw

Like Mason Mount, Tammy Abraham was granted the opportunity to lead the line for Chelsea as a result of the transfer embargo having spent the last few seasons out on loan.

It is fair to say that this season he has taken the opportunity with both hands, firing in 14 goals and making 4 assists for Chelsea who currently look on track for another season of Champions League football. As previously mentioned with England’s injury crisis upfront it looked likely that Tammy Abraham would push for a starting place in this years Euros. Next year could be a much more difficult year for Abraham as it is likely that he will be playing back up to German striker Timo Werner who has been signed for around 60 million.

We hope you enjoyed this article ‘The Inform English Players Who Are Unlucky To Miss Euro 2020′. Which of these players do you think will make it into Southgate’s side for Euro 2021? Let us know!

Future Fights We Need To See After UFC 251: