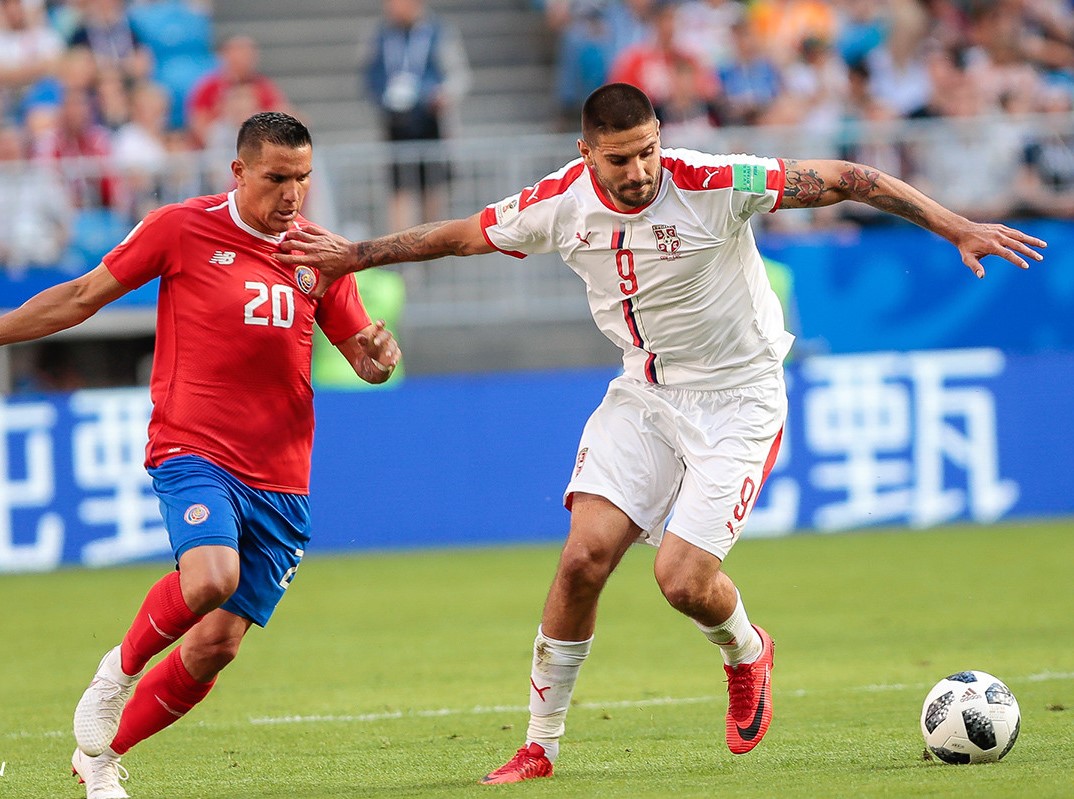 In recent seasons we have seen the importance of a reliable, consistent goalscorer in many successful promotion campaigns. Fulham had Aleksandar Mitrovic, Norwich City had Teemu Pukki and last season Brentford had Ivan Toney. If a team possesses a striker who produces a 25+ goal season, there is a good chance that they will be fighting it out near the top of the table at the end of the season. In such a competitive league, an in-form marksman can be the difference between an average, mid-table finish and a title challenging season.

We take a look at the current bookmaker’s favourite Championship Golden Boot contenders and discuss their chances of winning the prestigious award. All odds quoted in this article can be found on Betfair.com and are correct at the time of writing.

🗣"I didn't think I would get the golden boot and break the record."

Ivan Toney believed he would score many goals at Brentford but was shocked to break the Championship record for most goals in a single season @ivantoney24 pic.twitter.com/EX9MfnUaIG

The Serbian is already a proven goalscorer at this level, having previously won the award back in Fulham’s successful 2019/20 promotion campaign. Last season he did not enjoy a productive season, but now Scott Parker has left Craven Cottage to manage at Bournemouth, the bookies feel he can enjoy a more fruitful year under Marco Silva. Mitrovic is Serbia’s all-time leading international goalscorer and is a class act at this level. Silva has identified the need to provide his striker with support and Fulham are reportedly close to completing a £5 million deal for Flamengo striker, Rodrigo Muniz. If the signing pays off then Muniz could be the player to assist with, and share, the goalscoring load with Mitrovic next season.

ALEXANDER MITROVIC!! THIS IS WORLD-CLASS!

After netting 28 times in 40 games last season, it’s easy to see why he is the joint favourite to be next season’s top scorer. Potential backers of Armstrong might be put off of by the persistent transfer speculation that has surrounded the front man this summer. Southampton, West Ham and Watford have all been linked with the striker, who is believed to be available for around £2o million. If he does remain at Ewood Park, he would form part of a potentially potent attacking trio, along with Ben Brereton and Bradley Dack.

Moore is now entering his third full season in the Championship and has slowly increased his goal scoring output during that time. In his first season he recorded 10 goals, last season he scored 20 times, so could this be a 30 goal season for the Welshman? Probably not, but the form he showed last season means that he needs to be in the conversion for Championship Golden Boot contenders. Any possible suitors would have to pay around £15 million for his services, which would mean a potentially huge profit for Cardiff City, who purchased the forward last year for just £2 million. Moore might have a slow goalscoring start to the season, as he is still recovering after contracting Covid-19.

Last season was very tough for the former England U18 forward. It was fair to say that his £15 million move to West Brom last October has not gone smoothly. He only found the back of the net once last season for the Baggies, which was a disappointing return from their sizeable investment. This coming season could be a different story however, as Grant enjoyed his last full season in the Championship. While playing for Huddersfield Town he recorded 19 goals and 4 assists from 43 appearances. With West Brom being one of the early favourites to win the title, Grant is part of a talented squad who can provide him with numerous goal scoring opportunities.

The experienced striker is somewhat of a surprising addition to the list of potential top scorers for the coming season. He hasn’t scored more than 10 goals in a season since QPR’s last spell in the Premier League (2014/15). His most prolific season coming almost 10 years ago when he scored 24 times when playing for Burnley in the Championship during the 2012/13 season. Austin returned on-loan to QPR in January after leaving 5 years earlier, but has since joined permanently on a 2 year deal. He averaged a goal every three games last year, so he will hope to be more clinical in front of goal if he is going to be in the running for this award.

See all the Man United fans a triggered about what Charlie Austin said about Wan-Bissaka look at him here just walking he should of stopped that cross #QPR pic.twitter.com/F5fUWeAq2q

Last season saw the Portuguese centre-forward record the best-ever goal return of his career. While playing for Sheffield Wednesday he always showed he had a natural goal scoring instinct, but since his £7 million transfer to Reading in August 2019, he has seemingly developed his game. Last season he scored 19 times and provided 8 assists in 39 appearances, a return that was almost double that of his previous best. With manager, Veljko Paunovic, now entering his second full season in charge, Royals fans will be hoping that Joao can build on what he produced last season as they aim higher than last year’s seventh place finish.

There are a number of other strikers near the top of the Golden Boot contenders list that need mentioning. Rhian Brewster (Sheffield United – 18/1) has never scored more than 10 goals in a season, which he achieved during his loan spell at Swansea City during the 2019/20 season. Last year was a season to forget for Brewster at Sheffield United, as he signed from Liverpool for £23.5 million and failed to score for his new club in 27 appearances. He will need to rediscover his goal scoring touch and confidence if he is going to be a serious contender next season.

It's that young man Rhian Brewster again. The Liverpool loanee continues his goalscoring form for the Swans ⚪️

Dominic Solanke (Bournemouth – 18/1) has a very similar story to that of Brewster. He signed for Bournemouth from Liverpool for £19 million in January 2019, and struggled to perform in the Premier League, only scoring 3 times. Last season was a definite improvement, scoring 15 times for the Cherries in what was his best goal return as a senior player. He will be hoping that he can put the experience he has gained in the league to good use and register more goals next season.

The final player worth considering is Fulham’s Bobby Decordova-Reid (33/1). Back in the 2017/18 season he recorded 19 goals whilst playing for Bristol City. That season was seemingly the high point of his career, with his move to Cardiff City (just 5 goals in 28 appearances) not producing similar performances. He then signed for Fulham for a reported £10 million and again his goalscoring form was disappointing, as he has only scored 11 goals in 77 league appearances. This season could well be his last chance to realise the potential that was so evident during his time at Ashton Gate. Reid is now 28 years old and bookmakers possibly feel that he is now entering his prime and could be entering his best ever season.

We hope you enjoyed the article ‘Championship Golden Boot Contenders.’ Have we missed any other potential contenders? Who is your favourite to be top scorer? Let us know what you think!

(6852)
£5.09
Compatibility: this replacement strap is designed for Fitbit Charge 4/Charge 3/Charge 3 SE. No Charge 3 device included Two Size Available: Small size for 5.5" - 7.1" wrist, Large Size for 7.1" -8.7" wrist. Size can be adjustable with buckle Premium ... read more
(as of 16th September 2021 - More infoProduct prices and availability are accurate as of the date/time indicated and are subject to change. Any price and availability information displayed on [relevant Amazon Site(s), as applicable] at the time of purchase will apply to the purchase of this product.)

(6296)
£17.99
Vision and comfort. Designed with comfort in mind, the Seal Kid 2 swimming goggles offer a leak- fit for children aged 3 and up and easily adjustable side buckles that can be easily adjusted by children or parents. Curved lens technology. Our patente... read more
(as of 16th September 2021 - More infoProduct prices and availability are accurate as of the date/time indicated and are subject to change. Any price and availability information displayed on [relevant Amazon Site(s), as applicable] at the time of purchase will apply to the purchase of this product.)

(12440)
£14.99
DESIGN - Our jumbo design can deliver your recommended daily water intake in one fill. Fitted with a brand new easy to drink cap, silicon seal and robust nylon carrying strap. BPA FREE - Made from the toughest and safest BPA Free plastic. Our bottle ... read more
(as of 16th September 2021 - More infoProduct prices and availability are accurate as of the date/time indicated and are subject to change. Any price and availability information displayed on [relevant Amazon Site(s), as applicable] at the time of purchase will apply to the purchase of this product.)

(13176)
£8.99
100% leak proof BPA free water bottle hygienic spout cover flips open with one finger and locks closed for safety vented, smooth liquid flow for rapid hydration the width of a can, it has a soft feel for grip and fits any handbag, school lunch box or... read more
(as of 16th September 2021 - More infoProduct prices and availability are accurate as of the date/time indicated and are subject to change. Any price and availability information displayed on [relevant Amazon Site(s), as applicable] at the time of purchase will apply to the purchase of this product.)

(2122)
£1.95
Premium Rucksack. Large main compartment with drawstring closure. Drawstring design for shoulder or backpack carry. 210D Polyester 42 x 34 cm - Ideal School or Gymbag - Holidays/Sport - Great to Print onto if needed. Full Bag and Clothing Ranges in o... read more
(as of 16th September 2021 - More infoProduct prices and availability are accurate as of the date/time indicated and are subject to change. Any price and availability information displayed on [relevant Amazon Site(s), as applicable] at the time of purchase will apply to the purchase of this product.)

(1642)
£5.60
Aircell technology is fully breathable, keeping you cooler and dryer The simplified guard design is engineered to be as lightweight as possible, for more agile movement A must have for the fastest players Mitre guards are CE and SATRA tested That mea... read more
(as of 16th September 2021 - More infoProduct prices and availability are accurate as of the date/time indicated and are subject to change. Any price and availability information displayed on [relevant Amazon Site(s), as applicable] at the time of purchase will apply to the purchase of this product.)
Related Topics:#SheffieldUtdAdam ArmstrongAleksandar MitrovicBlackburn RoversbournemouthEFLEFL ChampionshipFulham FCQPRReadingWest Bromwich Albion
Up Next