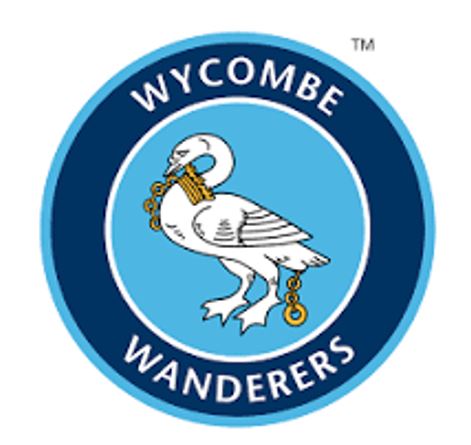 Joe Jacobson’s 79th-minute penalty has sent the Buckinghamshire club into the Championship for the first time in their history, as they beat local rivals Oxford United 2-1 in the League One playoff last night at Wembley Stadium.

The left back sent Oxford keeper Simon Eastwood, who committed the foul for the penalty, the wrong way from the spot, having already assisted Anthony Stewart’s 9th minute opener from a corner. Oxford had got level after Mark Sykes’s mishit cross looped over Ryan Allsop and into the Wycombe goal in the 57th minute. However, Allsop was then responsible for a number of important saves as Oxford piled on the pressure, while centre back and goal scorer Anthony Stewart went on the win man of the match for his collection of key last-ditch challenges.

Then, having spent a long time sitting deep, Fred Onyedinma raced after a long ball over the top of the high Oxford line, and the keeper came charging out, under-estimating the pace of Wycombe’s winger and finding himself unable to avoid clattering him after fan favourite ‘Fred’ got there first. Joe Jacobson, wearing the captain’s armband after club legend Matty Bloomfield went off at half time, converted the spot kick, and the Chairboys were then able to hold on and confirm victory in the biggest match in the club’s history.

Indeed, this is the first time the club has ever reached the second tier of English football in its long 133-year history, and what a story it is. Wycombe only became a Football League club in 1993 when Martin O’Neill led them out of non-league. O’Neill has gone on to have a successful career with spells at Leicester, Celtic, Aston Villa and the Republic of Ireland national team, and current manager Gareth Ainsworth says a text from the 68-year-old helped to calm his nerves on the eve of the playoff, with the Irishman being revered at Adam’s Park for his work between 1990 and 1995 at the club.

Ainsworth is currently the EFL’s longest serving manager, having become a player-manager in late 2012 and held the role ever since,although his playing days stopped a few years ago. He’s been through it all since he took the reins, as it is only six years ago that it took a final-day 3-0 miracle win against Torquay to prevent the club being relegated from the football league entirely, staying up on goal difference.

The following year was the club’s most recent experience of Wembley before last night, when they lost in the League Two 2015 playoff final in heart-breaking fashion, 7-6 on penalties to Southend United. They eventually gained promotion two years ago, finishing third in League Two. It was then a mean feat for them to avoid instant relegation last year, finishing in the bottom six and having one of the smallest budgets in the entire football league.

They were understandably the bookies’ favourites to go down this year, and incredibly only had 7 players and 2 trialists in the squad on the first day of pre-season. However, having mustered together a squad, they started the season well, only losing once in their first 20 league games. They had a run of over 4 months in the top 2, starting from the end of September, but then mixed form in the last 6 games before the coronavirus lockdown left them 8th.

Many would count the Wanderers lucky to have even been in the playoffs, as the EFL decided to end the League One season and decide final positions on a points-per-game basis – this shot them up to third place, as they had a game in hand over their other close rivals in the hunt for promotion.

Cruising through their playoff semi-final against Joey Barton’s Fleetwood, winning 6-3 on aggregate, last night they made sure to avoid a repeat of the Wembley heartache of 2015, and fans were delighted to finally see Wycombe Wanderers win at Wembley. One player they will be especially delighted for is club captain Matt Bloomfield, who took criticism the last time they failed at Wembley. Bloomfield’s testimonial game against Chelsea was almost exactly 6 years ago, so it is a tremendous achievement for the player to not only still be playing but to have righted the Wembley wrongs.

JJ Key to the Style of Play

Some say that the Pep Guardiola philosophy towards how the game should be played has filtered its way all the way through the leagues down to grassroots English football, but no one told manager Gareth Ainsworth about that. The club cult hero is a rock star in his spare time, and his current band The Cold Blooded Hearts performed the song ‘The Wanderer’ to celebrate him becoming the EFL’s current longest serving manager in November 2019.

In terms of his philosophy on the pitch, the statistics below show that the former QPR player has avoided all Guardiola influences, setting his team up to be well drilled at the back, direct going forward, and ruthless from set pieces – classically English in style.

We did it our way. pic.twitter.com/i0IGI9lpMn

The Chairboys are the definition of set-piece specialists, with a huge 55% of their goals this season coming from dead ball situations (including penalties). Left back Joe Jacobson is famed for his ability in these situations, and incredibly scored a hattrick from set pieces, including two direct from corners, in a 3-1 win over Lincoln City earlier in the season. This ability ultimately proved the difference at Wembley last night, as he got an assist from a corner for Stewart’s opener and then converted the match winning penalty, solidifying his position as club top scorer this season in the process.

It is impossible to truly summarise this team without talk of their second top-scorer, Adebayo Akinfenwa. A name well known in the football world as he has consistently been rated as the strongest player on EA Sport’s FIFA, Wycombe’s number 20 has over a million Instagram followers. In his book “The Beast”, the striker explains his nickname and how he was told he was too big to play football, something he has certainly proved to be false over his long career.

Now 38 years old, he spends a limited amount of time training with the team, but his impact on the pitch is clear to see from his 10 goals and 5 assists this season. Featuring as a sub in the playoff games, Akinfenwa has stolen the spotlight of the Wycombe Wanderers Wembley story as his post-interview was cited as perhaps the ‘best ever’ by Sky Sports Football – it is clear to see why:

📲 – "The only person that can hit me up on WhatsApp this time is Klopp so we can celebrate together!"@daRealAkinfenwa may have just given the best post-match interview ever…😂 pic.twitter.com/Ubfu5jZ1ep

Akinfenwa was the victim of racial abuse during the second leg of the Fleetwood semi-final, and he released a statement on social media afterwards which rings all too familiar with those coming from Premier League players recently. However, late last night “the Beast” was doing the rounds on social media for a more positive reason, as Jurgen Klopp was shown his post-match interview by Liverpool players and sent him the congratulatory video he asked for. Stars such as Raheem Sterling, Virgil Van Dijk and Jordan Henderson have also tweeted their congratulations, delighting the striker who is Liverpool fan.

The hype that Wycombe’s main man brings to the team is not limited to him or to post-match interviews, with the subs, support staff and directors creating an impressive replication of fans support during all 3 of their matches behind closed doors, with Gareth Ainsworth telling BBC Sport that this was the key to his side’s success, also describing the win as his “greatest hit”.

Adebayo Akinfenwa asked Jurgen Klopp to 'hit him up on Whatsapp' after Wycombe's promotion and the Liverpool manager didn't disappoint! 📲🔴 pic.twitter.com/MLxIAyFkCd

Even remaining in League One was an impressive feat last season for this club, so survival in the Championship is certainly going to be a challenge next year. However, Ainsworth has proved time and again that he can get a lot out of the limited resources the club has, and these resources will be boosted by the extra funding that comes from being in the second tier of English football.

The togetherness that is evident within this squad, despite only 9 of them being at the club on the first day of preseason, is another testament to the fantastic work that he has done, and the fact that their style of play is based around bracing themselves against pressure and then capitalising on opportunities might hold them in better stead than some. It certainly worked against Oxford last night, whose attempts to play football didn’t offer enough to beat the Chairboys. For now, fans in Buckinghamshire can sit back and enjoy the Wycombe Wanderers Wembley Story, and Gareth Ainsworth can make up for the band practice he missed last night. Soon, though, he will start writing its next chapter…

We hope you enjoyed the article ‘The Wycombe Wanderers Wembley Story’. Where does Wycombe’s story rank in those of recent times in the England, and do you think they can survive in the Championship? Let us know!

Ben is currently studying his 4th and final year of a Modern Languages degree at the University of Exeter. An avid football fan who has moved onto youth coaching and FA refereeing after playing locally in his own youth days, his knowledge of the game in Europe has recently been stimulated by a year abroad split between Germany and France. Based near Wycombe (London) when not at university, Ben also carries an interest in F1 and tennis, among other sports, and is keen to progress in the industry of sports journalism.