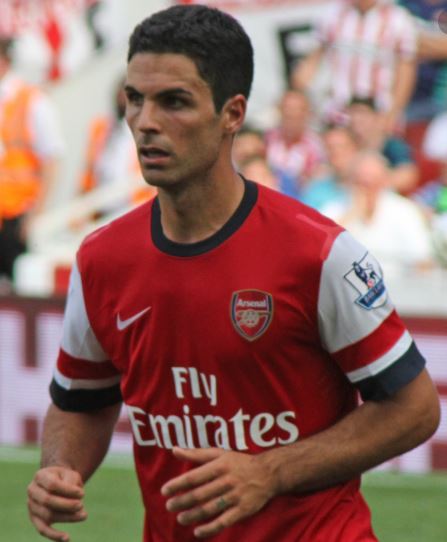 It may have been a hugely stop-start time so far for Kieran Tierney since making the move from Celtic to Arsenal last summer, but the 22-year-old certainly doesn’t feel the large spells on the Gunners treatment table has stopped him from noticing Mikel Arteta’s worth in the Emirates hot-seat.

Tierney, who was signed for 25 million pounds by previous manager Unai Emery, has had an injury ravaged debut season in the Premier League, a pelvic injury and, more recently, issues with his shoulder seeing him make only 11 appearances.

Spending large periods working on rehabilitation alone, it wasn’t until some time spent with Arteta before Tierney realised he was working under a manager with an understanding of the game that few have.

Speaking to Sky Sports Football, Tierney said “in Dubai during the winter break I was doing some one-to-one with him (Arteta) and that’s when I realised this is brilliant. Like, I am learning a lot and this is only just a rehab session.”

In this case, the admiration certainly isn’t one sided and Arteta, too, has shown a lot of love for Tierney and his ability to overcome the constant niggling injuries that are derailing the the Scotsman’s chance to show what he is truly capable of.

“I’m really looking forward to working with him,” Arteta said to Iain Wright, as part of the Adidas #hometeam campaign.

“His attitude, his commitment, it’s incredible,” the 38-year-old Spaniard continued.

Although results have been mixed since the former Rangers, Everton and Arsenal midfielder took over from Emery, the trait that sets Arteta apart from other managers, Tierney says, is his knowledge and ability to read all aspects of the game.

Now fully recovered from that dislocated shoulder that occurred in a 3-1 defeat victory over West Ham, Arteta’s first victory in charge, Tierney is now relishing the chance to get some games under his belt and finally show everybody the form and confidence that saw him gain the move to Arsenal in the first place.

“Hopefully now that I am back fit, I can get the chance to play, built up some fitness and confidence.”

– FOOTBALL’S EVOLUTION: WHEN WERE THE ‘GOLDEN YEARS’?

– Next Best Footballers of the Future

Who is the Fastest Football Player in the World?

FOOTBALL’S EVOLUTION: WHEN WERE THE ‘GOLDEN YEARS’?