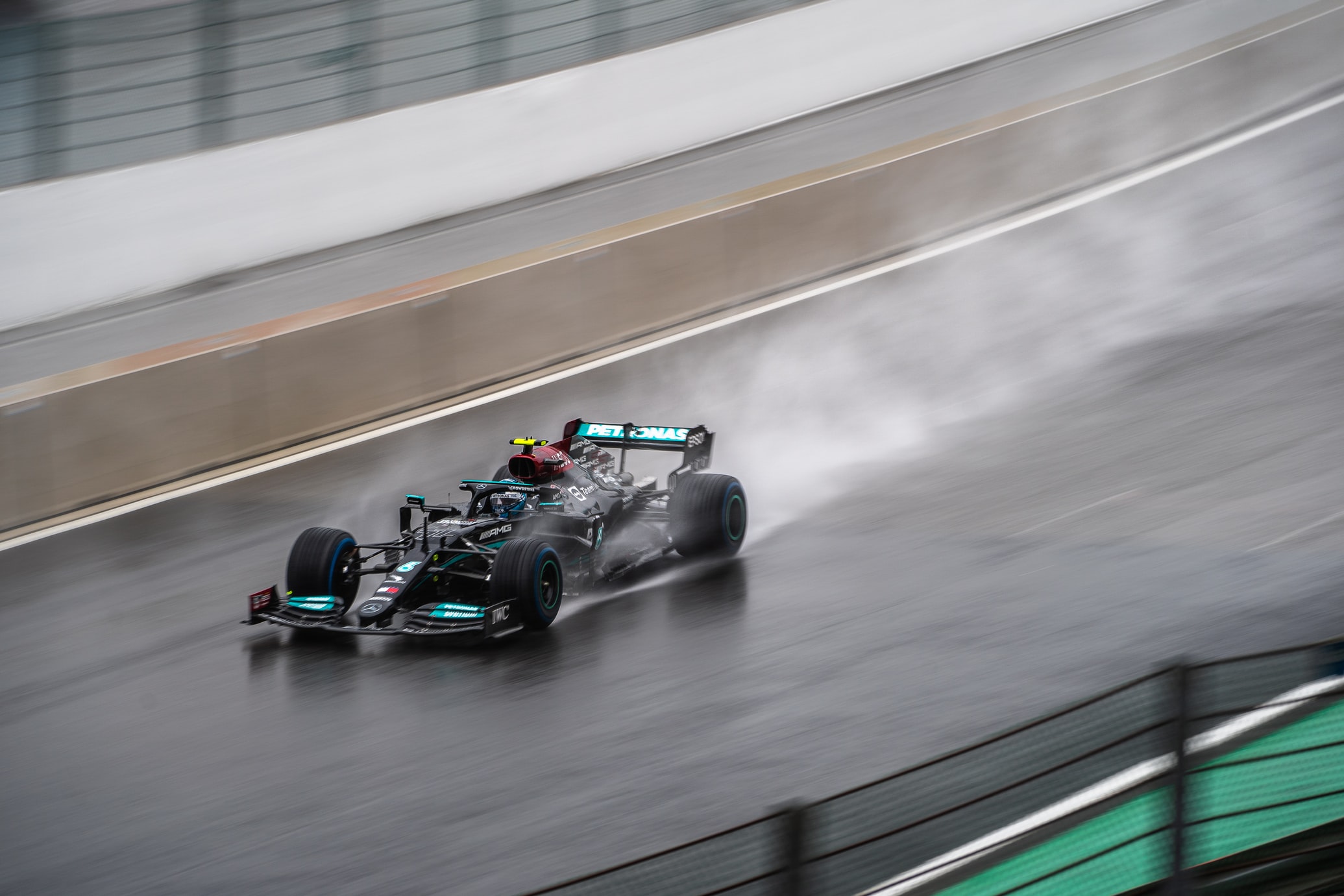 Championship deciders are significant in any sport: Game 7 of an NBA Final, the final day of a league title race, or the last set in a grand slam final are all enormous occasions. Formula one fans are also no stranger to championship deciders. They may not come around all too often, but when they do, fans are ready to buckle up for one momentous show.

The 2021 Formula One World Championship may go down as the most dramatic championship decider, throughout the entire sports decorated history. Fans across the globe will long remember the showdown between Lewis Hamilton and Max Verstappen in the desert, at the Abu Dhabi GP. A race steeped in controversy which ultimately culminated in the most dramatic final lap we have ever witnessed.

It was the 30th time the F1 championship went down to the final race. Over the previous 29 occasions, some of the deciding races also have gone down in history. F1 championship deciders are nervy, dramatic affairs where anything can happen. It is a rollercoaster ride at 200mph as fans, team members, and drivers experience a cyclone of emotions.

Verstappen in pole, Hamilton in second.

It all comes down to tomorrow.

Adelaide, South Australia, was the backdrop for a three-way showdown in 1986. McLaren’s Alain Prost and the two Williams drivers Nigel Mansell and Nelson Piquet were in the hunt. The Williams cars held the edge in performance, and they underlined it by locking out the front row. Ayrton Senna charged into the lead in his Lotus in a frenzied opening lap. Brazil’s Piquet quickly dispatched his compatriot before teammate Mansell passed the Lotus. The other McLaren of Keke Rosberg sandwiched the two Williams cars while Prost sat in fifth place. As it stood, the world championship would be going to Williams and Piquet.

Rosberg continued to hunt Piquet down on the bumpy Adelaide track. The experienced Brazilian cracked under pressure and spun off on lap 22. Piquet’s error elevated Mansell into second and the provisional championship position. The Brit knew that a top-two finish would give him the title. That’s why he let Piquet through later in the race. Mansell just had to follow Piquet home in second, and the world title was his. Meanwhile, Prost in his McLaren was no match for the Williams cars. He was driving a lonely race before everything changed.

On lap 62, Prost’s teammate Rosberg broke down. That handed a position to the Frenchman. One lap later, disaster hit Williams and Mansell. The left-rear tyre failed catastrophically. Mansell tried to wrestle the car, but he could only manage to wrestle into the escape road. He was out, and his world championship was over.

Mansell’s accident handed the title back into Piquet’s hands. However, Williams opted to pit Piquet for a new set of tyres as a precautionary measure. His stop gave Prost the lead, and the McLaren man would not relinquish it. Prost’s professorial skills helped him navigate the final laps. At no point through the first two-thirds of the race did Prost sit in a championship position. It didn’t matter. Prost had his fate in his hands when he crossed the line to win the race and win the world championship.

F1’s first triple-threat championship decider didn’t let anyone down. It thrilled and highlighted the unpredictability of F1.

The 1986 Adelaide Grand Prix was the only grand prix in Adelaide to be held in October. With the cancellation of the South African Grand Prix, there was a gap in the schedule that would be filled by the Japanese Grand Prix from 1987. #F1 #Adelaide pic.twitter.com/lgiPl8WQXf

Eight years later, F1 returned to Adelaide for another championship decider. What occurred would go down in history as one of the most controversial races in F1 history. The 1994 season saw Michael Schumacher’s rise hit new heights. After debuting in 1991, Schumacher had quickly announced himself as a prodigious talent. The German laid the foundations with his Benetton team in ’92 and ’93 before mounting a championship charge in ’94.

Schumacher announced his intentions by winning the first two races of the season. His main rival was Ayrton Senna, now driving for the all-conquering Williams team that won championships in ’92 and ’93. Changes in regulations brought Williams closer to the competition, and Schumacher’s relentless desire dragged Benetton into contention.

Senna entered the season as the title favourite. Schumacher changed that in a matter of weeks. It all led to the fateful weekend at Imola for the San Marino GP on the 1st of May 1994. The front page of Gazzetta in Italy heading into that race had the standings printed. It read, ‘SCHUMACHER 20, SENNA 0.’ The stakes were already sky high, and then every racing driver’s worst fear hit hard.

In Saturday’s qualifying session, tragedy struck. Austrian Roland Ratzenberger crashed his Simtek car. It was a horrifying crash, and Ratzenberger would sadly die later that afternoon. After much deliberation, the drivers and teams opted to race on Sunday. Fate would intervene again as a broken steering arm speared Senna’s Williams into the wall. Senna tragically died, and unheralded teammate Damon Hill took the mantle of Williams number one.

Hill and Schumacher engaged in a bitter battle as their respective teams accused one another of cheating, and Schumacher even served a two-race suspension. The chaos brought the championship to the final race at Adelaide. One point separated Schumacher and Hill, with the German ahead.

Schumacher led Hill in the early stages, although Hill’s Williams was the quicker car. Hill’s relentless pressure forced Schumacher into a mistake. The German went wide and tagged the wall. As he was recovering, Hill pounced and moved to the inside. What happened next is still debated to this day. Schumacher closed the door and collided with Hill. The collision sent Schumacher into the wall and out of the race. His only hope was that Hill’s car was also too damaged to carry on.

Hill, unfortunately, needed to retire from the race. The damage was terminal. Schumacher’s mad risk paid off in the heat of panic, and the young German was smiling through the fencing as the track announced him as world champion. Was it deliberate? Was it an accident? No one knows, and no one will ever know. But it did hand, Michael Schumacher, the first of his seven championships.

Brazil 2007 featured the second three-way championship decider in F1 history. Reigning champion Fernando Alonso, rookie Lewis Hamilton and Ferrari’s Kimi Raikkonen were all vying for the ultimate prize in Sao Paulo. McLaren rookie Lewis Hamilton led the experienced campaigners, and the pressure was firmly on his shoulders. The Brit stole the headlines and caused more headlines in a storming debut season.

Hamilton and Alonso spectacularly fell out, creating massive ructions within the McLaren team. Amid that drama, Ferrari and McLaren got embroiled in an espionage scandal that cost McLaren $100 million. The moody backdrop heightened tensions between all parties. The tension inserted itself into a dramatic race.

Hamilton started second behind hometown hero Felipe Massa but crucially ahead of his title rivals. A nervy Hamilton made a poor getaway as Raikkonen passed him. His teammate Alonso pounced, and the rookie went from second to fourth. A desperate Hamilton tried to pass Alonso at turn four. He out braked himself and ran off the track.

More drama followed as a recovering Hamilton then suffered an electrical cut-out problem. That dropped him to last, and he could not make his way through the field into the championship-winning position. That left the door open to Alonso and Raikkonen. Alonso had no answer for Ferrari’s speed, and a well-executed strategy handed Raikkonen the lead in the late stages. The Finn would never relinquish the lead, and he duly crossed the line first to win the world championship. After losing championship deciders before, Raikkonen climbed the sport’s Everest.

Hamilton and McLaren returned to Brazil for another championship decider with a Ferrari driver one year later. This time it was hometown hero Felipe Massa. Massa grew up racing on the Sao Paulo track and backed by 120,000 of his hometown fans. It looked inevitable that Massa would triumph. Moreover, the Ferrari suited the track’s layout, and Massa wrestled control of the race after a frantic start.

Massa’s innate understanding of the track hindered Hamilton. Furthermore, McLaren didn’t like the awkward layout of the counter-clockwise circuit. Hamilton limped all race long in his championship-winning position of fifth. He never looked like troubling those ahead of him. However, he was never in trouble from cars behind him. Nevertheless, this was Interlagos, and it held one more surprise for everyone.

In the closing stages, the clouds parted, and showers hit the track. Massa drove brilliantly and kept his composure in nightmarish conditions. A nervy Hamilton hesitated, and a young Sebastian Vettel passed him. Hamilton was out of the championship position. The youngster toiled while Massa romped home to send his fellow Brazilians into raptures. Hamilton had one corner left, and it looked dire until he found Timo Glock slowing as he was still on dry tyres in a deluge. Hamilton edged past and crept home in fifth to steal the title at the last corner. Brazilian hearts broke, Hamilton grabbed the first of his seven championships in the second of his championship deciders.

#OTD in 2008, @MassaFelipe19 wins in Brazil, but misses out on the #F1 title: "I can leave Interlagos with my head held high" ? #BrazilGP ?? pic.twitter.com/8oFTjCWFCH

The greatest race ever? Quite possibly. The 2012 Brazilian Grand Prix is the most dramatic, chaotic, and unpredictable championship decider. Fernando Alonso and Sebastian Vettel were bidding to become the youngest three-time champion in F1 history. But the racing gods wouldn’t make it easy. The Interlagos circuit had plenty of twists and turns. Firstly, Sebastian Vettel made a hesitant start, which sent him tumbling into the clutches of a rabid midfield.

Four corners into the race, Vettel was spun round by Bruno Senna, and the championship favourite was pointing the wrong way. Alonso needed something unfathomable to happen, and Vettel’s spin was what he needed. The Spaniard pounced, and he passed Felipe Massa and Mark Webber to take third place. Due to Vettel’s spin, Alonso was one place away from his championship-winning position.

Vettel displayed incredible grit and skill as it took him just two laps to fight his way from last into the top ten. Alonso was busy battling a slippery race track as intermittent showers hit the race track. The duo diced it out on the track while navigating various crashes, incidents, and inclement weather. Vettel’s composure and intelligent driving saw him climb into fourth place. Another downpour coupled with a safety car nullified the race, and Vettel coasted on the final lap to win his third world title. As championship deciders go, this one had everything. Unpredictable race leaders, high action, and a rollercoaster of emotions.

Two legendary drivers, one championship title on the line ?

We hope you enjoyed the article ‘Formula One’s Most Dramatic Championship Deciders.’ Which race was your favourite? Let us know!

Related Topics:AdelaideBrazilF1Formula OneMotor Sport
Up Next

Cheltenham: The Festival of Choice

Sportswriter, sports fanatic and lover of stories. If it involves a ball or an engine, I'll be on it. Follow me on Twitter @TayyibAbu1