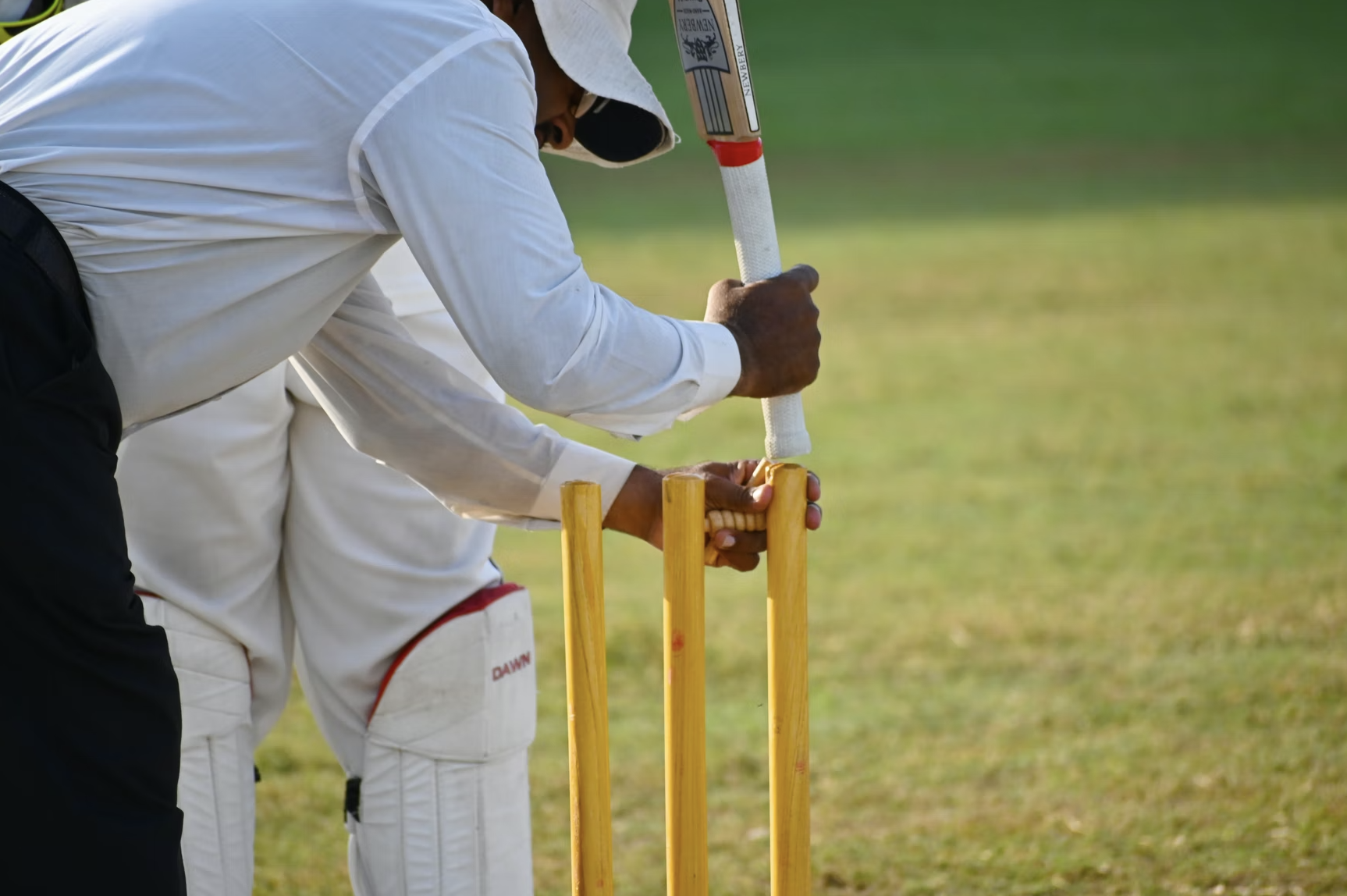 Why Is Cricket In America So Obscure?

While not as historically rich and deep-routed as many other countries, America has nonetheless created a very distinct cultural atmosphere.

One of the defining features of this culture is size. Americans love to do things big, whether that means extra large pizzas or enormous spectacles.

This applies to sports as much as anything. Sporting events garner massive attention, having become enormous events with millions of dollars invested.

Fans flock to the stadiums across the nation for basketball, hockey, football, and baseball.

But something is notably missing from American sports culture. Why is cricket in America such a rare and obscure occurrence?

Cricket In America Was Popular

Contrary to popular belief, cricket was actually somewhat popular in America, at least for a bit.

America imported many sports and cultural artifacts from European countries. Seeing as America was founded by European immigrants, it makes complete sense that they’d bring a love of cricket along with them.

According to Slate, cricket was pretty commonplace in the 19th century United States. Along with a number of other sports, cricket had numerous clubs and organizations spanning throughout the country for youth and adult recreation.

But this was before television and widespread spectator sporting. While many of these clubs did attract audiences, they were a far cry from the giant stadiums and televised championships of modern sport.

Because there wasn’t as much concentration on any singular organization, cricket in America, along with all the other sports, wasn’t solidified as culturally iconic.

However, American culture was alive and well, and a massive component of that culture was innovation and newness.

Alongside cricket, American baseball was quite popular in 19th century America.

While the origins of baseball are hard to pin down exactly, it seems clear that the sport was born out of Americans altering the basic game of cricket to become more accessible.

Cricket games tend to be much longer than games of American baseball, and the rules are more complex.

By contrast, baseball is quite simple. This simplicity made it easier for Americans to jump into baseball games.

Consequently, cricket in America began to decline in popularity and baseball triumphed as the recreational sport of choice. It was easier to invite a friend into a baseball game than a game of cricket.

Another factor in cricket’s decline is the perceived air of elitism many Americans felt around the game.

Cricket was a European import, and while Americans loved many European inventions, they also felt something of a cultural hostility.

Europeans were viewed by some Americans as being culturally elitist. Many people living in the United States during the 19th and 20th centuries thought Europeans looked down on America.

As a result of this perceived elitism, Americans began to place greater emphasis on celebrating what they perceived to be uniquely American culture.

Despite cricket in America providing tons of recreational and entertainment value to Americans, the association with the United Kingdom made sports enthusiasts want to explore alternatives.

Baseball was primed for a takeover.

Even if cricket was widely supported throughout the US, baseball’s similarity to the sport teed up a competitive atmosphere between the two.

The sports were just too similar to exist on the same level at once. Americans weren’t interested in endorsing and watching two bat-based games at the same time.

This fact became extremely relevant when it came to infrastructure. Investors didn’t want to dump money into supporting a sport that wouldn’t draw a crowd.

As mentioned above, baseball was more accessible and had more “American spirit” in the public eye. Seeing this, investors chose to place their bets on baseball becoming the American pastime it is today, effectively boxing cricket out of the spotlight.

Players took notice of this too. Those playing cricket in America were essentially self-employed. Being your own boss means taking advantage of the market, and the market heavily favored baseball.

As a result, the most athletic and talented cricket players transitioned into baseball, further decreasing interest in cricket in America.

With very little money going towards the sport, cricket began to fade into the background. There were less Americans interested in watching cricket, as baseball had more flashy marketing, better players, and was quickly gaining cultural significance.

Cricket in America fell into a spiral of ever-increasing obscurity.

While cricket in America isn’t entirely absent, it is pretty niche. Most Americans are only passingly aware of the sports existence, and know next to nothing of its rules.

But that doesn’t mean the sport isn’t a massive success. Globally, cricket pulls in enormous audiences.

And with globalism and cultural diversity becoming ever-more important, who knows? America just might become a cricket hotspot in the future.

We hope you enjoyed the article ‘Why Is Cricket In America So Obscure?’ Do you prefer cricket or baseball? Let us know!

What To Know About The Kentucky Derby 2022