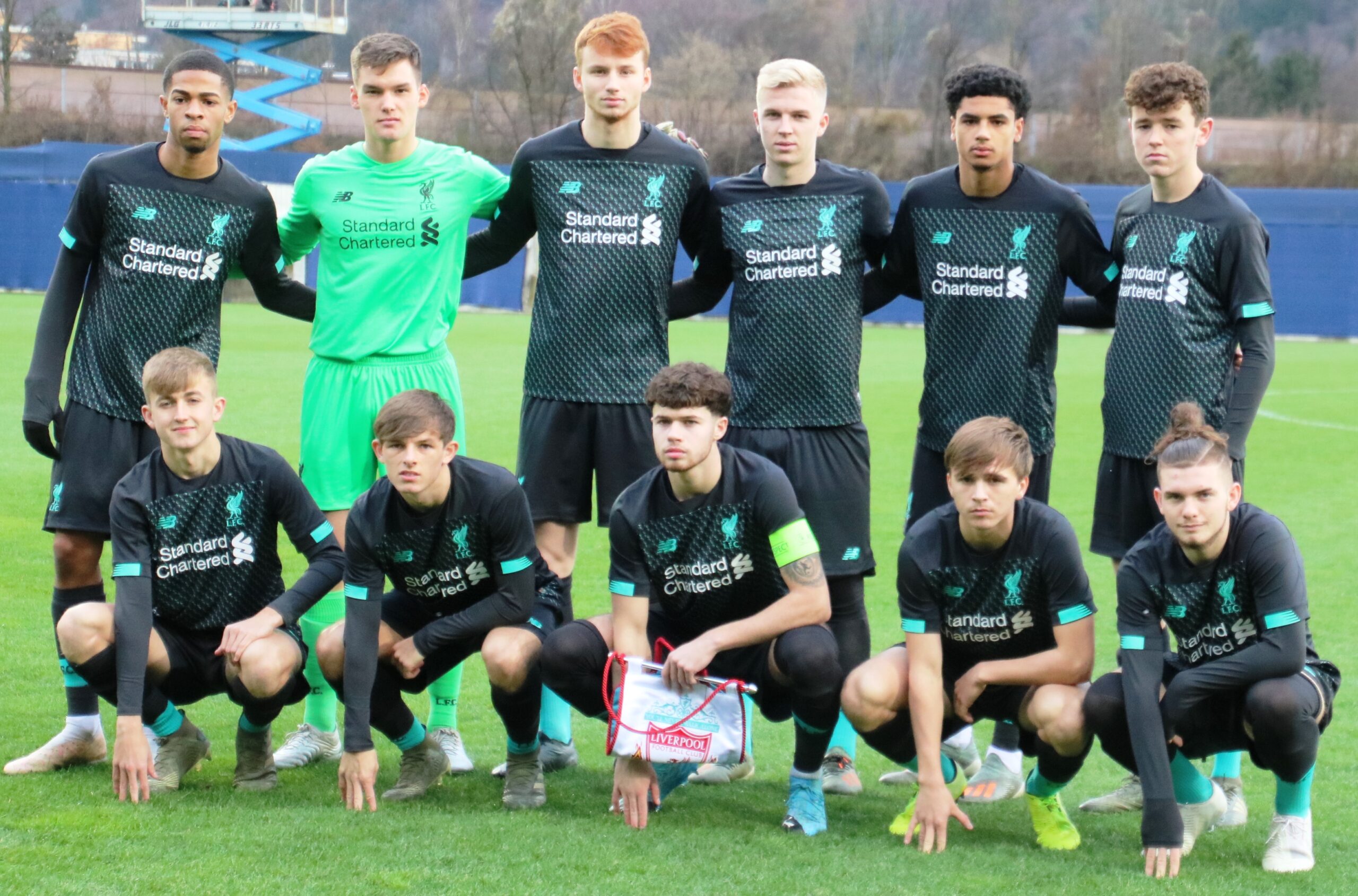 Future Stars Of The Premier League

The financial impact of the last 18 months is being felt in every football league across the land. The relatively muted activity during this transfer window is a result of clubs having much less money to make new signings. We may well see a lot more player-for-player swap deals in this window, in lieu of clubs spending actual money on transfer fees. One positive aspect of the current situation is that increasingly clubs are looking to their academy prospects to make the step up to the first team.

We take a look at seven young prospects who could be some of the future stars of the Premier League.

Braaf moved from the PSV Youth academy to Manchester City in August 2018, aged 16, and played for City’s U18 and U23 sides. The young Dutchman scored an impressive 9 times in just 16 appearances for the U23 team in Premier League 2. He went out on loan to Serie A side, Udinese, during the second half of last season, but has since returned to his parent club. He was referred to as ‘The New Sancho’ upon his arrival at City and was also compared to Leroy Sane, due to his wizardry on the wing. Before his loan-move to Italy, Braaf was reportedly attracting interest from a number of top European clubs, such as Borussia Dortmund, Real Madrid, Paris Saint-Germain and Manchester United. It will be interesting to monitor the winger’s progress next season and whether he feels his future is at the Etihad, or maybe at a different European super-power.

Another young Dutch talent could soon be making a big impact in the Premier League. Hoever started life at the Ajax Youth Academy, then signed for Liverpool, aged 16. After struggling to break into Jurgen Klopp’s first team, he signed for Wolverhampton Wanderers for an initial £10 million. Hoever made 12 appearances for Wolves last season, as he was gradually integrated into the first team set up. He has the ability to play at either right-back, or at centre back and possesses a great desire to grow and improve at his time at Molineux. Playing alongside England’s Conor Coady will unquestionably help his development.

How’s this for a bullet header from 17-year-old Liverpool defender Ki-Jana Hoever 💪pic.twitter.com/L2UVfLFZYV

Elliott set the record for being the youngest ever player to play in the Premier League, when he made his debut for Fulham against Wolves, aged just 16 years and 30 days. He was signed by Liverpool a few months later and spent last season on loan at Championship side, Blackburn Rovers. Elliott played an impressive 41 games for Tony Mowbray’s team, scoring seven goals with 11 assists. He was also nominated for the EFL’s Young Player of the Season award. Liverpool have high hopes for Elliott, recently securing his services on a long-term contract. Jurgen Klopp has declared his intention to give the young Englishman more first team responsibility next season. Providing he can stay fit, you should be seeing much more of number 16 marauding around the Reds’ midfield.

Big future ahead for this lad! 🔥pic.twitter.com/iqYO3rzXqw

Diallo spent 5 seasons at Atalanta’s Youth Academy, playing for their U17, U19 sides and making four appearances for the first team. Manchester United signed the young Ivorian for an initial £19 million in January 2021. Whilst playing for United’s U23 team in Premier League 2 last season, he scored 4 goals with 3 assists in only three matches. Diallo prefers to play in the wide-right position but could face the prospect of having limited game time after United recently signed Jadon Sancho. He is currently playing at the Olympics, representing the Ivory Coast, which could well hinder his integration into the first team set-up. It remains to be seen if Diallo will break into Ole Gunnar Solskjaer’s team, or if he will need to wait a little longer for his chance and continue to develop in United’s U23 side.

Our March Goal of the Month winner is…

Last September Fabio Silva grabbed football media’s attention when he completed a £35 million transfer from FC Porto to Wolverhampton Wanderers. The Portuguese striker developed his game at Porto’s Youth Academy and went on to play for Porto’s first team on 18 occasions, scoring just once. Last season he made far more appearances for the Wolves’ first team than the management team originally intended, due to Raul Jimenez’s season-ending head injury. Silva played 32 times in the Premier League, scoring four goals, with three assists. This was not an eye-catching debut season and Silva received criticism from the media over his performances. Wolves have identified the weaknesses in his game and have given him a dedicated training regime to increased his strength in preparation for next season. With Jimenez returning to action, Silva should have less pressure to perform and can continue to grow and learn to adapt to life in the English top flight.

Who is his agent I wonder… 💭

Harry Redknapp says that Wolves striker Fabio Silva is 'well short' and his side are lucky not to be in a relegation scrap. pic.twitter.com/KY3VAqmbjd

A product of Arsenal’s Youth Academy, the 19 year old striker seemingly has a big future at the Gunners. Balogun has enjoyed a number of impressive seasons for Arsenal’s U18 and U23 teams, regularly finding the back of the net at all age groups. In April he signed a long-term contract, with Mikel Arteta giving the young forward glowing praise. The challenge for Balogun is the calibre of players that he is vying with for playing time. Both Pierre Emerick Aubameyang and Alexandre Lacazette are Arsenal’s recognised starting forwards. The squad also contains the likes of Eddie Nketiah and Gabriel Martinelli who are also waiting for their chance in the first team. He may need to wait for League Cup or FA Cup ties to see some meaningful game time, as Arsenal missed out on European football, by finishing seventh last season.

After moving to Manchester City’s Youth Academy in July 2019 from Derby County, the young striker played a pivotal role in Manchester City’s Premier League 2 title winning side, scoring 24 goals in just 20 games. Delap made just 2 appearances for Pep Guardiola’s side last season, managing to score his first senior goal against Bournemouth in the EFL Cup. Guardiola is reportedly keen to give Delap a chance to impress during pre-season, before making any decision about his immediate future. There are also strong rumours linking the young English striker with a season-long move to Championship side, Preston North End. Currently, Manchester City’s forward options are quite limited, with Gabriel Jesus the only real out and out forward in the first team squad. How successful Guardiola is in bringing in additional players will dictate whether Delap is sent out on loan, or remains as part of Pep’s plans for this season.

Did we miss any future stars of the Premier League? Which of these players is going to have the biggest impact? Let us know your thoughts!

(1216)
£5.50
Durable team sock with cushioned foot for comfort and fit Extra cushioning at heel and toe for increased durability Breathable mesh throughout keeps the feet cool and comfortable
(as of 16th September 2021 - More infoProduct prices and availability are accurate as of the date/time indicated and are subject to change. Any price and availability information displayed on [relevant Amazon Site(s), as applicable] at the time of purchase will apply to the purchase of this product.)

(4552)
£15.99
The gentle yet reliable seals offer the soft, most cushioned fit. The seals move with you to ensure they perform while remaining comfy Specially designed cushiony comfortable goggles with Speedo BioFuse technology Your face is unique, so the flexible... read more
(as of 16th September 2021 - More infoProduct prices and availability are accurate as of the date/time indicated and are subject to change. Any price and availability information displayed on [relevant Amazon Site(s), as applicable] at the time of purchase will apply to the purchase of this product.)

(432)
£21.56
Supersoft has been one of the most popular golf balls for years, and we’ve combined incredible cover, core and flight technologies to make it even better. The new Hybrid Cover features an innovative PARALOID Impact Modifier made by DOW Chemical. This... read more
(as of 16th September 2021 - More infoProduct prices and availability are accurate as of the date/time indicated and are subject to change. Any price and availability information displayed on [relevant Amazon Site(s), as applicable] at the time of purchase will apply to the purchase of this product.)

(1057)
£4.00
With leak-proof BPA and phthalate- water bottle Made of ultra-clear non-toxic Tritan plastic, its gl-like clarity even after hundreds of flushes Shatterproof and warping, stains, odours and scratch-resistant Dishwasher safe (top rack), microwave (wit... read more
(as of 16th September 2021 - More infoProduct prices and availability are accurate as of the date/time indicated and are subject to change. Any price and availability information displayed on [relevant Amazon Site(s), as applicable] at the time of purchase will apply to the purchase of this product.)

(26)
£8.49
[100% Safe & Odorless Material] Made of Eastman Tritan copolyester, all our water bottles are totally BPA-free and non-toxic, quenching your thirst with odorless water as well as a glass one can provide. Tritan also gives the extra durability withsta... read more
(as of 16th September 2021 - More infoProduct prices and availability are accurate as of the date/time indicated and are subject to change. Any price and availability information displayed on [relevant Amazon Site(s), as applicable] at the time of purchase will apply to the purchase of this product.)

(1230)
£5.98
Set of 6 Mini Ice Brick Pack Block Blocks Freezer Cooler Bag Box Travel Picnic Keep your food and drinks cool with this high quality ice packs Small, compact size, ideal for lunch boxes, bags Perfect for lunch boxes, sandwich bags, cool bags, hiking,... read more
(as of 16th September 2021 - More infoProduct prices and availability are accurate as of the date/time indicated and are subject to change. Any price and availability information displayed on [relevant Amazon Site(s), as applicable] at the time of purchase will apply to the purchase of this product.)

(3042)
£6.70
Aircell technology is fully breathable, keeping you cooler and dryer Lightweight foam backing allows air to circulate, so the heat of the battle can stay on the pitch No ankle sock makes this a lighter guard option Mitre guards are CE and SATRA teste... read more
(as of 16th September 2021 - More infoProduct prices and availability are accurate as of the date/time indicated and are subject to change. Any price and availability information displayed on [relevant Amazon Site(s), as applicable] at the time of purchase will apply to the purchase of this product.)
Related Topics:#arsenal #AstonVilla #Brighton #Burnley #Chelsea # Crystal Palace #everton #Leeds#Leicester #mancity #manutd #newcastle #sheffieldunited #southampton #tottenham #westbrom #westham #Wolves #PremierLeague#PremierLeagueAmad DialloFabio SilvaHarvey Elliott
Up Next