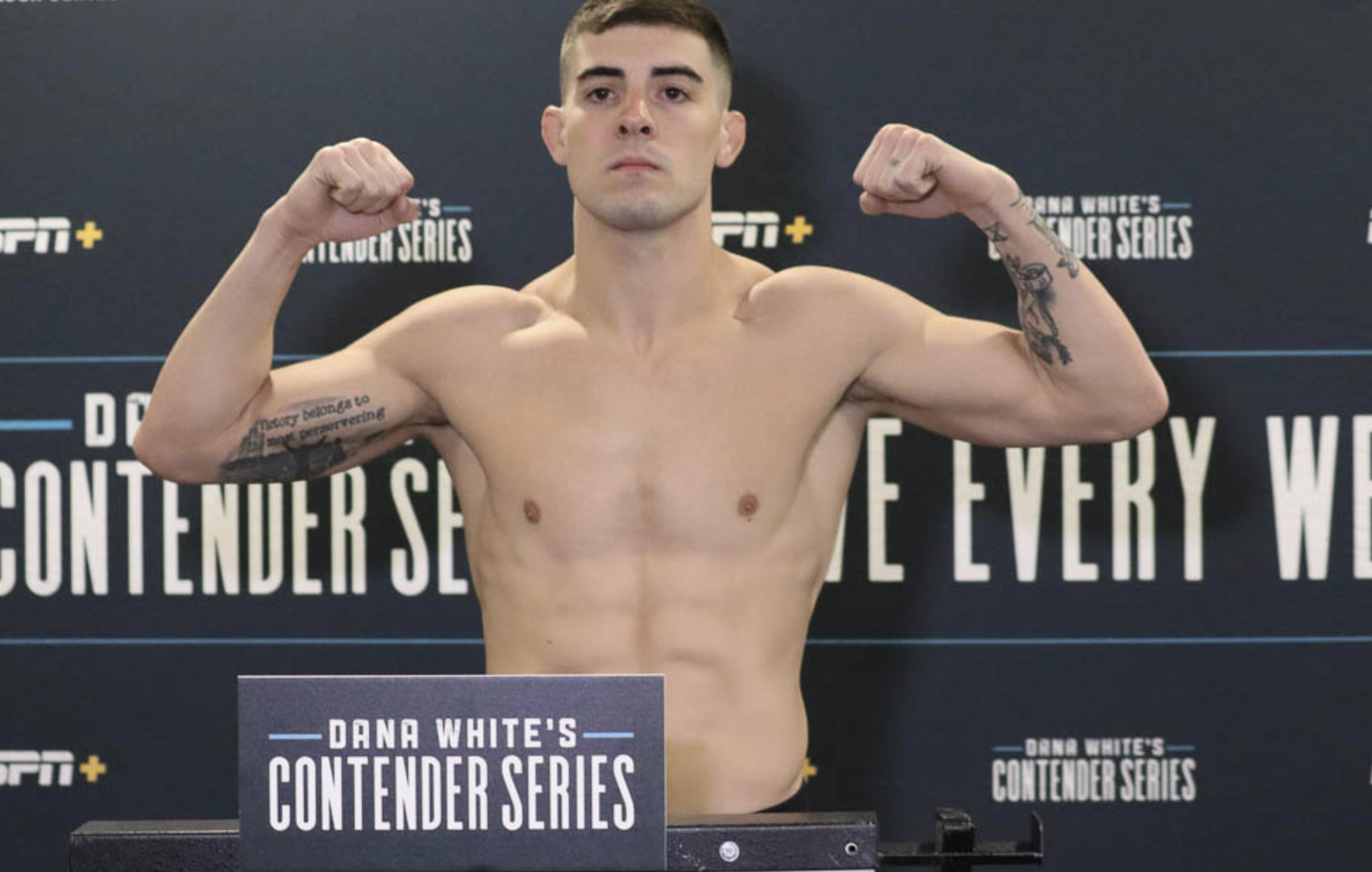 On today’s rendition of ‘Fighters At A Glance’ we will be looking at the professional MMA career of  UFC fighter Joe Solecki.

Joe Solecki started his professional as a pretty accomplished amatuer with a 5-0 record. With all of those 5 amatuer wins coming via submission or TKO. Joe started his pro career back in 2016 on CFFC 61. On the night Joe faced Chris Rollins. Joe couldn’t have asked for a better debut, as he picked up a first round submission win. It didn’t take long for Joe to find himself back in the cage as it was just 2 months later. At CFFC 62 Joe was back against Andrew Chirico. Like many of Joe’s fights it was over in the first round and again by submission.

The new year came around so did Joe’s next fight as he was facing Kevin Perez and this fight was over yet again in the first round via submission. Although Joe was on an 8 fight win streak, that came to an end when he faced Cesar Balmaceda. That fight went Cesar’s way via unanimous decision. Even though he lost the fight Joe wanted to get back in there and just 3 months later he was. This time against Eric Calderon, with Joe winning that fight in just 1 second according to Tapology.com. Johnson Jajoute was next in line at CFFC 69. This became a common occurrence as Joe got him out of there in the first round and again by submission.

He then came up against Nikolas Motta. Unfortunately Solecki lost this fight via a finish. Although Joe lost this fight it didn’t deter him from his goal. Bouncing back 4 months later from the loss Joe got back in the win column against Gilbert Patrocinio. Like most of his fights this ended in the first round via submission. Next came Jacob Bohn, this was only the second time Solecki had gone the distance, this time he was on the correct end of the decision and got the win.

NASTY!@JoeSolecki gets the RNC from Hubbard's back.

Joe got the call to fight on Dana White’s Contender Series to have a chance of earning a UFC contract and impress the boss. And impress the boss he did, as he dispatched James Wallace in the first round via submission. Then came Joe’s official UFC debut against Matt Wiman. This was the way Joe wanted to kickstart his UFC career as he got the win although via decision. Joe’s latest fight was against Austin Hubbard. Joe had an outstanding fight that night as he got the win via rear naked choke.

Entering into 2021 Solecki holds a professional record of 10-2-0. The lightweight is currently unbeaten in five bouts which include two within the UFC.

(If you are interested in hearing more please check out an interview Joe did with The Sport Sesh Podcast https://www.youtube.com/watch?v=U71fQv-3oZw&t=35s )