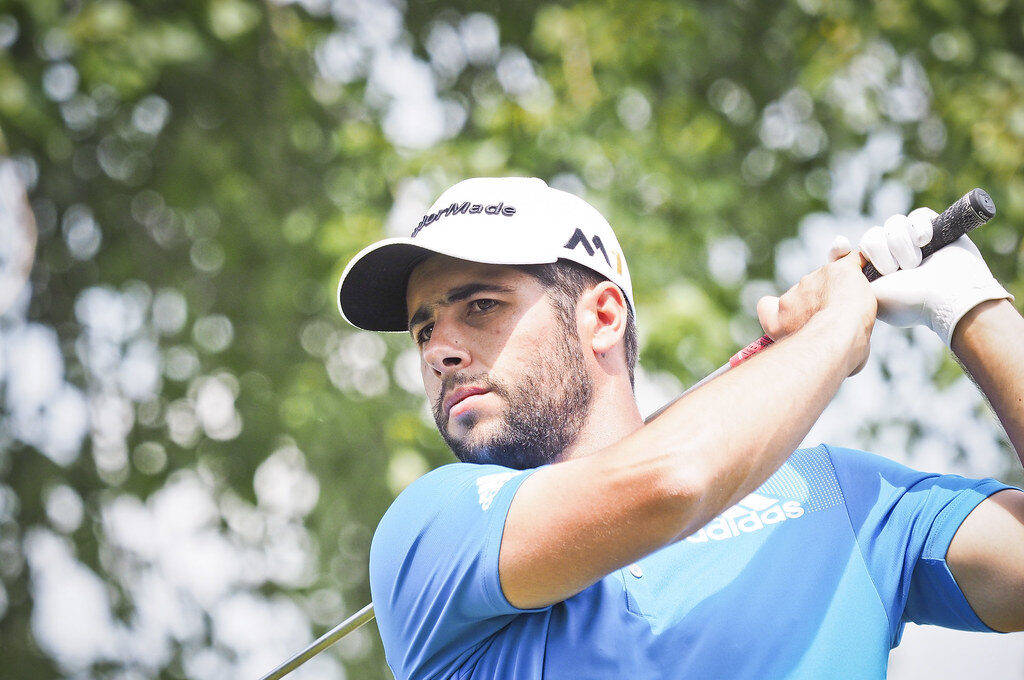 The 27-year-old’s final round 63 included 10 birdies and was the joint low round of the day.

The Spaniard started the day four shots back of overnight leader, Matt Wallace, but the lead was soon halved to two after Otaegui birdied the first and Wallace bogeyed it. Wallace recovered with a birdie at the fourth, but saw his lead reduced further when Otaegui made birdies on the fifth and the driveable seventh.

There was yet another two-shot swing at the par-three eighth as Otaegui fired his tee shot to six feet for a birdie. Meanwhile, Wallace would get a plugged lie in a bunker and make a bogey four. Both players traded birdies at the ninth hole, and both would go on to bogey the 10th.

However, it was at the 11th where Otaegui would stamp his mark on the event, nearly making a near-hole-in-one. He would then match Wallace’s birdie at the 12th to move two ahead. The Spaniard carried on this momentum, holing a monster putt from the rough off the 13th green and picking up another shot at the 15th before extending his winning margin by adding a 10th birdie of the day at the par-five last.

Wallace managed to birdie the 17th but consequently couldn’t compete with Otaegui’s scoring power as he finished solo second, four shots behind.

Englishman Aaron Rai continued his great form as he finished in third position. The 25-year-old claimed the Scottish Open just two weeks ago and a final round 66 boosted him up the leaderboard.

Chris Paisley finished T4 after four under-par rounds. The Englishman has struggled for form of late, but a final round 68 gave the 34-year-old his best finish since the English Open in July.

Marcus Armitage enjoyed a final round 66 to give him another Top 10 finish. The Englishman continues to impress on his debut season on the European Tour, currently sitting 62nd in the Race to Dubai standings.

We hope you enjoyed the article ‘Adrian Otaegui Wins Scottish Championship.’ What did you make of Otaegui’s performance? Let us know!