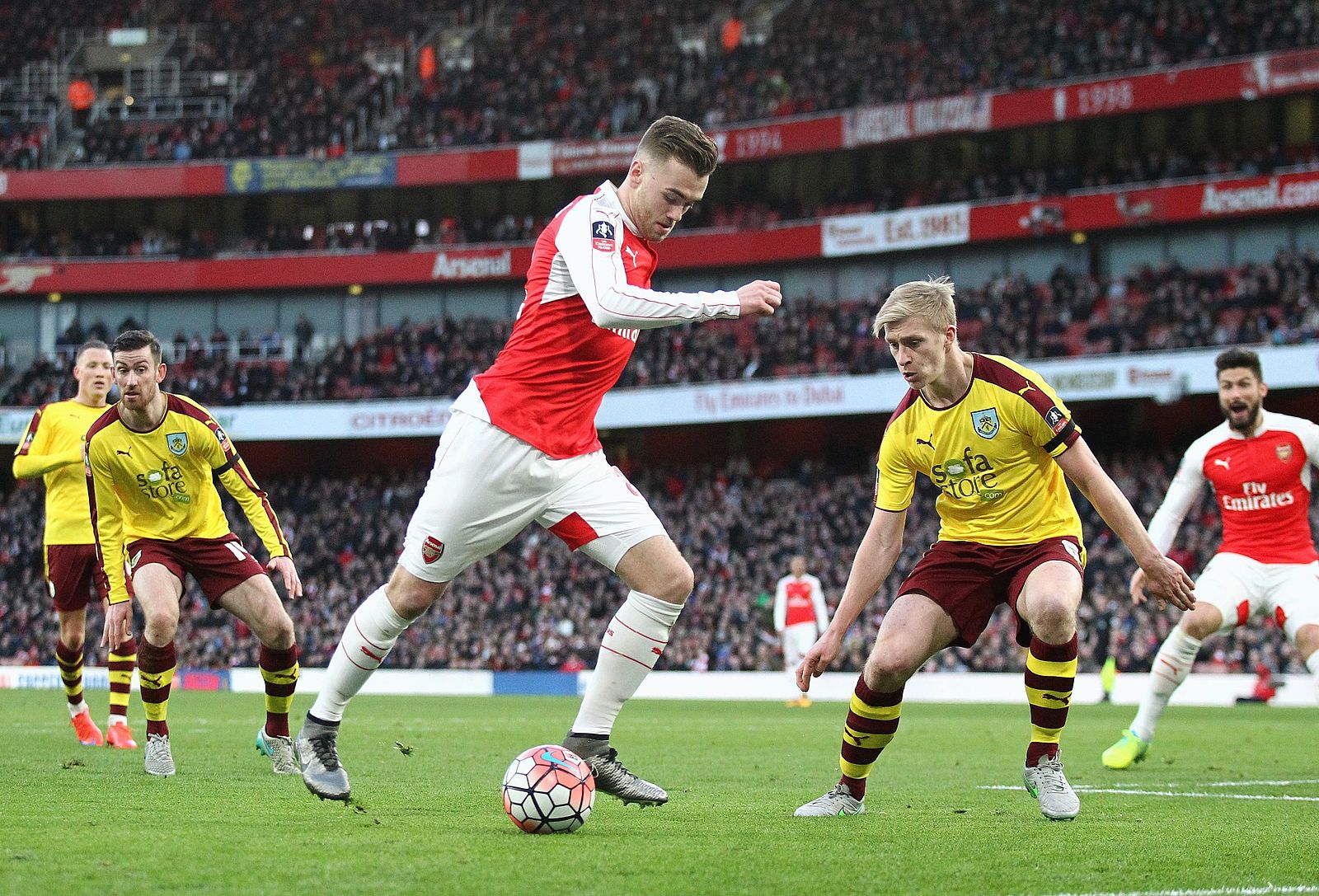 Calum Chambers transfer: Where will he end up?

A Calum Chambers transfer away from Arsenal has been a rumour in the Premier League for a while now. The English defender has enjoyed six years with the Gunners, including loan spells to Middlesbrough and Fulham. He has also played for his national team three times and has plenty of experience at the top level.

Chambers can play as either a right back or a centre back, as he has done in various formations for the Gunners. However, the arrivals of Gabriel Magalhaes, William Saliba and Cedric Soares to Arsenal this summer have provided strong competition for those roles.

Chambers has since fallen out of favour under new boss Mikel Arteta and may be tempted for a move away from the Emirates. He may not provide Arteta with the quality in his back four that he wants for the season. The versatile defender would certainly be a valuable asset at other clubs however, if he was to move to another team.

Clubs like West Ham United, newly promoted Leeds United and Newcastle United have all expressed interest in Calum. Whether these are likely destinations for him we will see, but there is a high chance that they could come swooping before the transfer window ends.

There has been tension within the West Ham football club between their fans and their owners. They have gone the majority of the transfer window without signing anyone new. Their one and only signing was the permanent transfer of Tomas Soucek, who played there on loan last season.

As the transfer window nears to a close, the pressure is on for the hammers to find new players for their campaign. There has been many rumours surrounding a potential loan move for the Arsenal defender this summer.

West Ham have had numerous defensive problems for the last couple of seasons, and haven’t fixed them. Chambers will offer manager David Moyes a choice at both right back and centre back.

Their main concern would be the fact that Calum has just returned from a ruptured ACL, after a six month absence from the pitch. West Ham need a player they can rely on at the moment and it may be a risk to invest their money in an ‘injury prone player’.

This may persuade owners, David Sullivan and David Gold to venture for a loan deal rather than getting him permanently. Nonetheless, if he can stay fit, Chambers would be a great asset to their current squad.

He would fit in perfectly to solve their frailties at the back and has proved he can be a top player. In 2018/19, when he was on loan at Fulham, he was their player of the season and a fan favourite at Craven Cottage. Now fallen back out of favour at Arsenal, West Ham could be a likely destination.

Another step in the right direction! #RoadToRecovery

A Calum Chambers transfer to the Premier League new boys may also be on the cards and he would be a great addition to the club. Since the Premier League season begun, Leeds have shipped seven goals in two games and have shown a lot of weakness at the back.

They brought in Brighton defender Ben White in on loan last season, who impressed as they topped the Championship table. He brought consistency and structure at the back but has since returned to his parent club.

It is no secret that manager Marcelo Bielsa wants to strengthen his squad further, even after making numerous signings already. The failure to get White on a permanent transfer was a big blow for the northern side.

If they were to buy Calum Chambers, it would be for around £15m. He would fit nicely in their current team and back four. His versatility allows Leeds to accommodate their new signing Robin Koch, who arrived for £12m from Freiburg.

They have the ability to sign Chambers on loan as well, which will certainly attract more interest. Having played more than 100 times for the Gunners and three times for England, he will give Leeds the Premier League experience they need in the squad.

He will provide leadership qualities that are beneficial on and off the pitch, which is something Bielsa will be drawn too. As well as this, he can cover several positions defensively for them, which is valuable as they try to adjust to life in the top flight.

🗣" You can see why Leeds wanted to keep him, he's destined for an amazing future, I love him"

Newcastle have also appeared as a club that is interested in signing the Arsenal defender. If they were to acquire the player, it would be on a loan deal rather than a permanent transfer. They were also linked to Chambers’ teammate, Rob Holding, who was later persuaded to stay with the Gunners.

However, like with other clubs, his injury history could be an issue for manager Steve Bruce. Having already invested a fair bit of money already in the transfer window, Newcastle could be reluctant to spend anymore.

The Magpies bought Callum Wilson for £20m from Bournemouth and Jamal Lewis for £15m. On top of this, they managed to secure free transfers for Ryan Fraser and Jeff Hendrick, who have impressed since joining.

Their transfer business can be considered as a success so far, and the addition of Chambers on loan will definitely improve their team. After losing 3-0 to Brighton last weekend, an extra defender in the squad will be beneficial.

The experience and versatility of Calum will help improve their poor displays at the back. He could form a strong partnership with current centre half Jamaal Lascelles and can fill in at right back if it needs covering.

Chambers may be influenced by the fact he could get more games under his belt with Steve Bruce. Having lived in London for the majority of his career however, moving up north may hinder the possibility of him moving to St James’ Park.

Chambers last option is to remain with his current club. Having spent six years there and featured more than 100 times, it would be no surprise if he ended up with the Gunners this season.

He provides good cover for manager Mikel Arteta and can play in a variety of formations, including a back four and a back three. Arsenal’s new arrivals however could be the catalyst in Chambers’ departure, with game time not assured.

Following a lengthy spell on the sidelines due to his knee injury, Calum will need playing time to get back to his former self. Having showed how well he can play previously, more minutes on the pitch elsewhere could tempt him to move away from the Emirates.

A £15m price tag may prove too much for other clubs if Arsenal try to sell him permanently. If Arteta wants to keep him for defensive cover this season, then they could price him out of a move.

With his current contract set to expire in 2022, fans may see Chambers try and fight for his place back into the Arsenal set up. A couple of injuries to their first team players, and he could have the club relying on him to help save their season.

With the transfer window drawing to a close, we may well see Calum Chambers transfer to another club this summer. With several options available to the defender, it is likely that he will go out on loan to another Premier League side for game time.

West Ham and Leeds United are the two most probable destinations, being the clubs with the most frailties at the back. His versatility is a huge asset for the club that ends up landing him, but it is important that he stays fit for the upcoming campaign.

With just over a week left of the transfer window, clubs will be rushing to grab his signature. He provides Arteta with a good option as back up for their defense, but a season away from the Gunners is something Arsenal fans should be prepared to see.

We hoped you enjoyed the article ‘Calum Chambers transfer: Where will Chambers go?’ Where do you think the Arsenal defender will end up playing this season? Let us know!