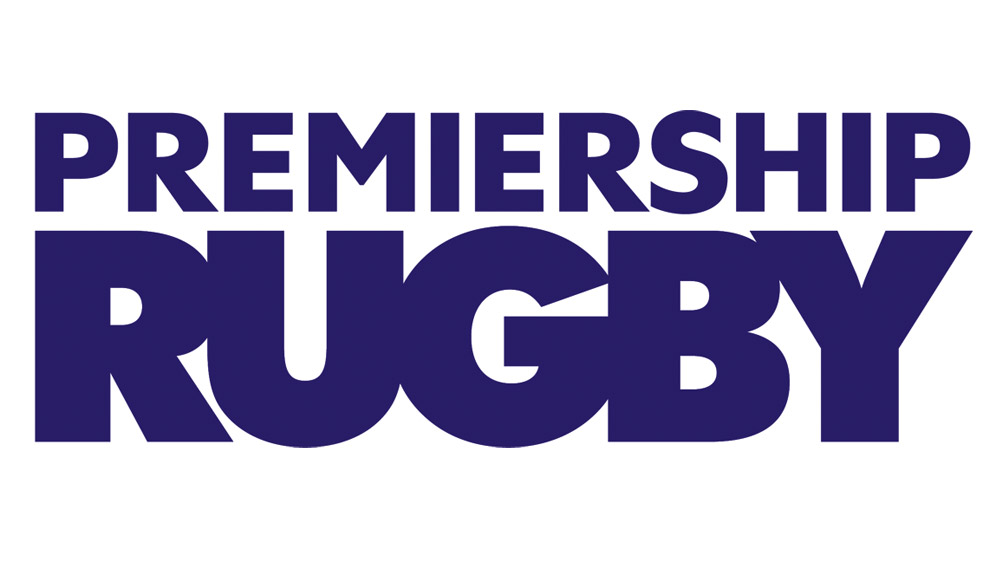 A second packed weekend of post-lockdown premiership rugby treated viewers with some of the most entertaining games of the season as Round 15 took place.

The weekend’s standout performances all came from the South-West of England. Exeter Chiefs displayed their trademark controlled style of rugby to extend their lead at the top of the league.

Similarly, Bristol Bears’ team of superstars finally began to flex their muscles, something rugby fans have been longing for ever since stars like Kyle Sinckler joined the team. Bath arguably played the best rugby of the week as they completely destroyed their old foe, Leicester Tigers. 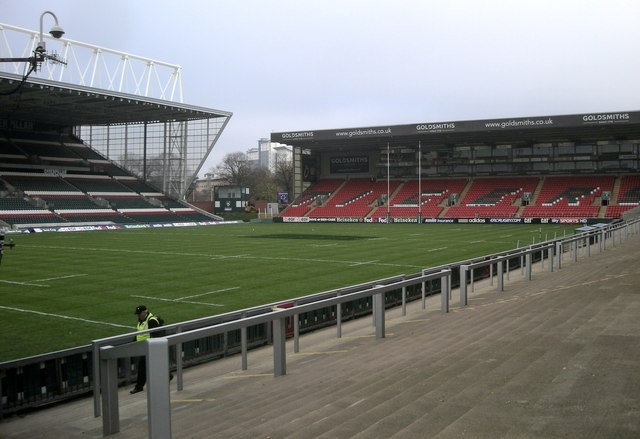 Bath annihilated a very inexperienced Leicester Tigers side at an empty Welford Road.

In contrast it was a weekend to forget for Sale Sharks. Before the season was suspended they were considered the strongest threat to Exeter Chief’s title ambitions. Now, however, they find themselves only one point inside the playoffs with teams in great form breathing heavily down their necks.

As we head into the final six rounds of the season, who will make the playoffs is still anybody’s guess.

The weekend’s action began at a blustery AJ Bell stadium on Friday night with a highly anticipated top-of-the-table clash.

It looked to be a thrilling game right from kick off, as three tries were scored in the opening 10 minutes. The first was a beautifully worked try from Exeter Chiefs which put Sam Simmonds through after brilliant work from Henry Slade and Ollie Woodburn. Sale replied with two tries in quick succession with blockbuster signing Manu Tuilagi heavily involved in both.

"Loyalty goes two ways. For me, what was happening was wrong."

Manu Tuilagi tells @andNickMullins about why he left Leicester, and why Sale Sharks were the only club he spoke to 🦈#PremRugby pic.twitter.com/cVmURgrCHz

With the Sharks leading 14-10 at the break, their fans would have hoped they had finally regained their “pre-lockdown” form after a shock defeat to Harlequins in Round 14. However, with a try only seven minutes into the second half, Exeter began to take a stronghold on the encounter.

Another flowing backline move put Stuart Hogg over the line in emphatic fashion. Then, a trademark Exeter tap and go saw Luke Cowan-Dickie power over the whitewash, giving Chiefs their bonus-point score.

Sale did score in the closing minutes of the game through replacement Danny Solomona, but at this point the damage was done and Exeter were heading back to Devon carrying the maximum of five points with them.

This was a display characteristic of the Chiefs in recent years. They dismantle strong opposition without looking like they came out of second gear. Sale on the other hand will be wondering how their season seems to be unravelling at a crucial time.

A West Country derby without fans was always going to feel slightly strange however the two rivals were still able to produce an exciting affair. This was largely due to the expansive brand of rugby that the Bears have adopted.

Arguably, never has so much attention surrounded a signing in Premiership Rugby history than the arrival of Fijian powerhouse Semi Radradra to Bristol Bears. It was on Friday night that rugby fans across the world saw exactly what all the fuss was about. At times the centre was unplayable, assisting two tries and scoring one of his own.

The free-flowing Bristol started the game at a ridiculous pace, securing their bonus-point try with just 30 minutes played. Despite their dominant display, Bristol’s director of rugby Pat Lam insists there’s still more to give from his team, “The feeling in the changing room is a little bit flat as we let them off the hook a bit.”

While losing to Bristol is by no means awful, the coaching staff at Gloucester will be very worried about how they never seemed to lay a glove on Bristol despite having the world-class Danny Cipriani at fly half. Remembering that this was a team that finished third last year, their current 8th place is extremely disappointing.

What is perhaps most scary about this Bristol performance was that they were still not at full strength. Beware Exeter, the Bears are beginning to roar. 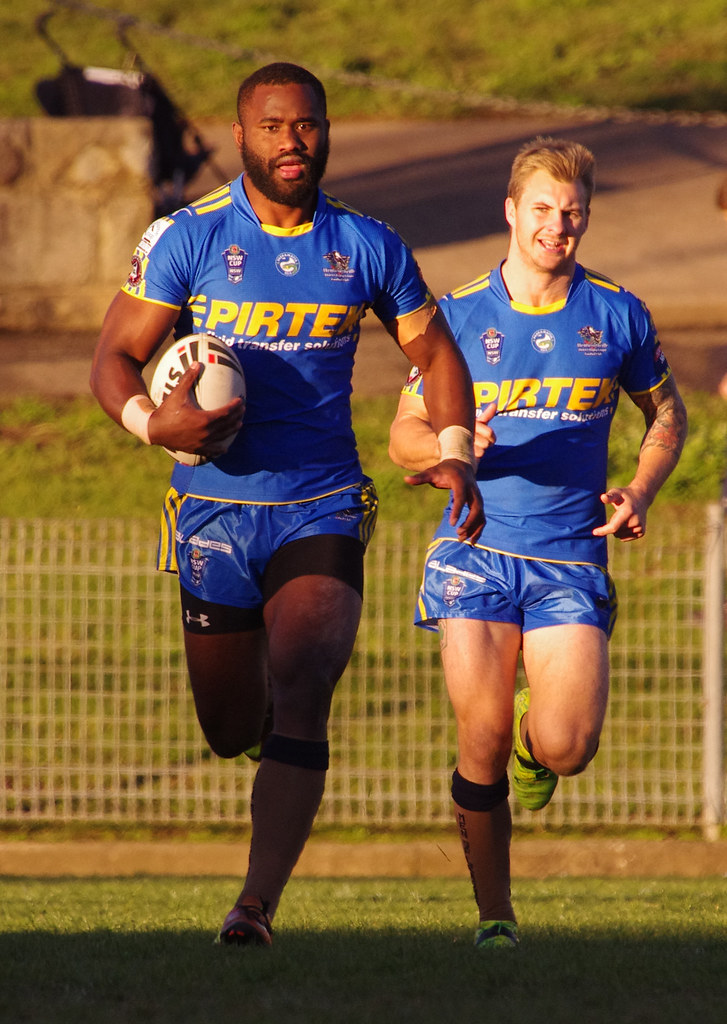 Semi Radradra played Rugby League before converting to Union and has also played Sevens for Fiji.

The final Friday night fixture was much closer than the scoreline may suggest. Coming into round 15 of Premiership Rugby, Worcester had the worst form in the whole of the league. Their opposition, on the other hand, could boast of the best form in the premiership.

With this in mind, Warriors’ deserved 17-13 lead at half-time shocked many. The pick of the visitors’ first-half tries was an impressive driving maul from over five metres out.

After half-time, Wasps flipped the game on its head. They scored 19 unanswered points to propel them to what was, eventually, a seemingly comfortable victory. Wasps have their forwards to thank for the five points as they scored tries through strong carries before giving Warriors a taste of their own medicine and scoring two well-worked driving mauls.

Before the start of the season Wasps were viewed as one of the weaker teams in the league but now they sit in 3rd place, two points above Sale with a great amount of momentum behind them. Wasps’ head coach Lee Blackett emphasised the change in his teams fortunes as he admitted “six months ago, we’d probably have found a way of losing that”.

Conversely the Warriors will be relieved that Saracens have already been relegated after they received their 8th straight defeat.

Another derby without fans that still managed to deliver a great spectacle. Although Saracens have nothing to play for, they were desperate to prevent their London rivals Harlequins from reaching the playoffs.

This Saturday lunchtime fixture was very much a tale of two halves. The first 40 minutes was dominated by Saracens’ notorious “Wolf Pack” defence which sniffed out any danger from Harlequins. This caused Harlequins to give away needless penalties and make poor kicking decisions which Saracens gratefully picked off.

The reigning champions 22-3 lead at half time was thoroughly deserved. They led through tries from Sean Maitland, Maro Itoje and scrum half Aled Davies who was making his first start for the side.

Whatever Paul Gustard said to his Quins side at the break seemed to have an impact. That and the introduction of Paul Lasike. The American international bulldozed his way to a brace of tries and set up another, suggesting a seemingly impossible comeback.

With only seven points separating the side with five minutes to go a huge slice of fortune went Saracen’s way. A deflected kick and quick-thinking Maro Itoje put Alex Lewington into the corner to take the game beyond Harlequins’ grasp.

The game was littered with penalties and multiple heated exchanges occurred, as is often the case in this rivalry. This was a tense derby, even without the crowd. 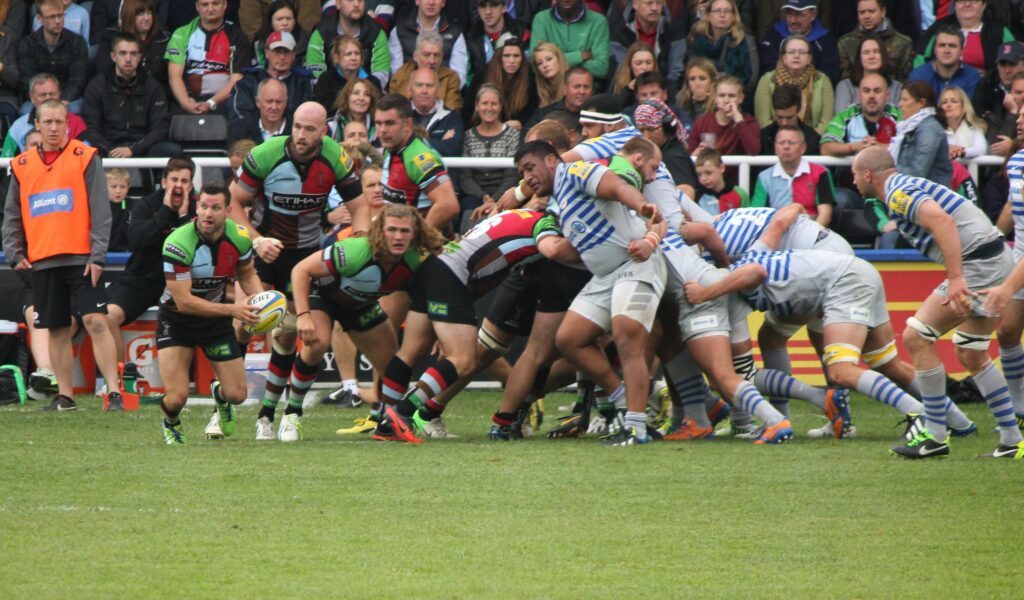 London Irish, who are now playing their home games at the Twickenham Stoop, were the only side not to score a try in Round 15 of Premiership Rugby. As a result they were comfortably beaten by Northampton Saints.

The first half was not vintage to say the least with the score at 3-0 to Northampton at half-time. However Irish had a golden opportunity to score just before the interval. A clever break created a two-on-one inside the Northampton 22, but after an awful pass the move had all but died.

Northampton came out from half-time with a point to prove and quickly put London Irish to the sword. The first of their four tries came from an intelligent chip and chase from speedy winger Alex Mitchell, before the Saint’s scrum demolished London Irish and received back to back penalty tries.

The moment of the game however came right at the death. After good work from Northampton’s centres, replacement Ahsee Tuala acrobatically scored with one of the best finishes in Premiership rugby history.

He not only drove through the tackles of two Irish defenders but flipped across the line to ensure he did not stray into touch, all whilst scoring his team’s crucial bonus-point try.

Despite Saint’s strong second half showing, they know they will have to greatly improve if they want to continue their hunt for the final playoff spot. Likewise to Worcester and Leicester, London Irish are no doubt glad that Saracens have already been relegated.

Wow! @SaintsRugby secure the bonus point on the last play of the game!

A beautiful pass from James Grayson, and Ahsee Tuala tip-toes his way down the sideline before a sensational finish 🔥#RugbyRestart pic.twitter.com/0ikyUaRF3e

The final game of the weekend came with added pressure for Bath as they had seen their top four rivals, Wasps and Northampton, both pick up bonus-point wins. Those who thought Bath would not rise to the occasion were strongly put back in their place.

Bath were superb from minute one, scoring tries from all over the pitch. Their third try came from a driving maul which has somewhat become a Bath speciality since the appointment of Stuart Hooper as Director of Rugby.

For the whole 80 minutes a young Tigers side could not live with the physical presence Bath’s forwards provided coupled with the slick hands and speed of the backs.

Leicester did score two late tries but in truth Bath had very much taken their foot of the pedal.

Bath are now level on points with Northampton, only one point behind Sale. After a performance like Saturday’s they must be confident of securing a top four finish before the end of the season.

This is how the #GallagherPrem table looks after Round 15 📊

Which team had the best weekend? pic.twitter.com/B2FRLCjkYW

We hoped you enjoyed the article “Round 15 Premiership Rugby Roundup”. Who do you think will make the top four? Let us know!

Anderson Gets 600 As England Clinch Series

Luke is a third year history student at the university of Reading. He has always loved playing and watching sport and would love to go into the sports media industry in the future. While he enjoys a wide variety of different sports his main loves are Football, Rugby and Formula One.