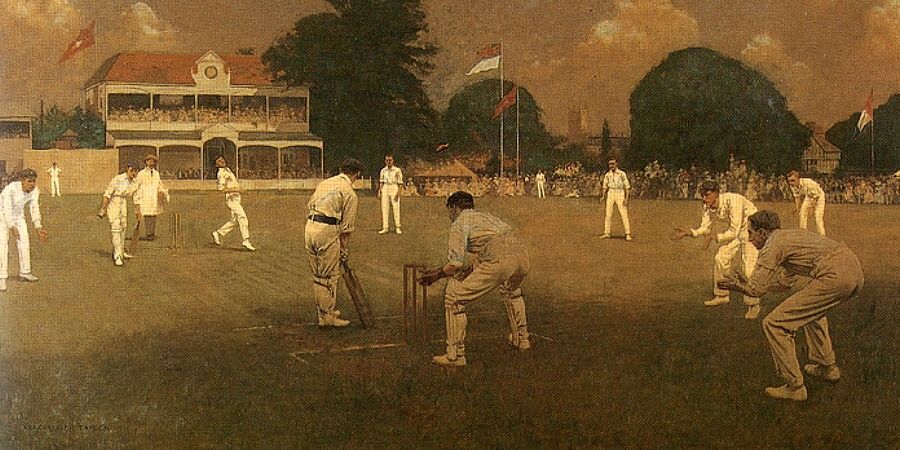 The second round of matches has now completed in the inaugural Bob Willis Trophy, much like the first fixtures full of thrills and excitement. Somerset had already completed their Central Group victory over Northamptonshire inside two days thanks to an all-round performance from Jamie Overton, here is your round-up of all the other results from that group and the rest.

Last year’s leading County Championship wicket-taker Essex’s Simon Harmer, was the pick of the performers in his counties’ victory over Surrey. The South African off-spinner finished with match figures of 14-131 including a remarkable 8-64 in the final innings.

Essex ultimately ran out winners by 169 runs, scores of 42 in both innings from Sir Alastair Cook, as well as a knock of 66 from Feroze Khushi, aiding Harmer on the route to victory. Meaning Essex are the only team in South Group to have won both their opening fixtures.

Hampshire’s Joe Weatherley was in fine form as his 98 in the first innings, before hitting 64 not out in an unbroken eighth-wicket stand of 53 with all-rounder Keith Barker. The south coast county getting home by three wickets in their pursuit of 161 for victory.

Kent were utterly dominant over their visitors Sussex as the Canterbury club amassed a staggering 530-1, putting the Sussex bowling attack well and truly through their paces in the warm weather. 19-year-old Jordan Cox and former Yorkshireman Jack Leaning put on 423 for the second wicket before the declaration. Cox finishing on 238 with Leaning not far behind on 220.

In the final innings, only Sussex batsman Harry Finch truly got going, his 66 the top score in his sides 173 all out. Evergreen Darren Stevens with five wickets in the innings as Kent wrapped up the win by an innings and 25 runs.

Glamorgan captain Chris Cooke’s 82-run fourth-wicket stand with the first-innings centurion Billy Root settled the nerves as the Welsh county batted out the final overs to hold on for a draw against Worcestershire.

The home side couldn’t get the final three wickets required at Blackfinch New Road as Glamorgan ended on 141-7. Earlier in the match centuries from Worcesters Jake Libby and Brett D’Oliveira had put the hosts in control.

Late wickets from Gloucestershire’s Zimbabwean-born Ryan Higgins lead to a late victory at The Bristol County Ground. Warwickshire were bowled out for 160, 78 runs short of their target, and with only a short time left in the day.

Higgins finished with 7-42, after reducing Warwickshire to 4-3 earlier in the day after dismissing Rob Yates, Sam Hain, and Ian Bell for two runs between them.

Lancashire wrapped up their first win of 2020 in three days thanks to an all-round display from their bowling attack. Hosts Durham were bowled out for less than 200 in both innings as their batsmen struggled to get to grips with the Red Rose attack.

Youngster Josh Bohannon top-scored with 75 for the visitors as their 308 proved to be enough for two innings. Liam Hurt with four wickets on day three to give Lancs an innings and 18 runs victory over a frankly dismal Durham performance.

Wayne Madsen’s 103 was the pivotal innings in Derbyshire’s nine-wicket triumph over their hosts Leicestershire. His effort combined with six-second innings wickets from leg-spinner Matt Critchley meant Derby only required 12 from their final innings.  They got home for just the loss of one wicket as Billy Godleman fell to Callum Parkinson.

Nottinghamshire looked favourites at one stage after bowling out Yorkshire for 278, however, Notts were dismissed inside 30 overs for just 97 in their pursuit of 188 to win, with Duanne Olivier and Jordan Thompson each taking three wickets.

Yorkshire and England’s Jonny Bairstow refound some form in the White Rose second innings as his 75 kept his side in the match. Another wicketkeeper Tom Moores had earlier put his county in the driving seat with a brilliant 106 from just 140 balls.

We hope you enjoyed this article ‘Bob Willis Trophy Round Up’. Who do you think will lift the trophy? Let us know!

The future of Ajax Amsterdam