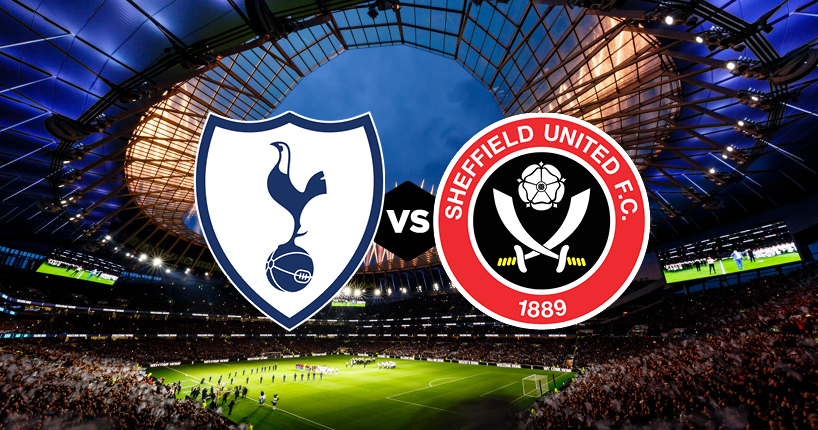 How Could Spurs Line Up Against Sheffield United?

A crucial three points in the quest for Champions League football is up for grabs this week as Tottenham Hotspur take on Chris Wilder’s Sheffield United.

Japhet Tanganga and Juan Foyth remain injured but Spurs have no new injuries and every player is fit according to Head Coach Jose Mourinho.

Let’s have a look at how the Lillywhites could line up against the Blades:

As the first name on the team sheet, the Spurs skipper will be looking to make his mark in an effort for Champions League football next season.

The Frenchman is a favourite of Mourinho and with great performances against Manchester United and West Ham, he will surely play against Sheffield on Thursday night.

Aurier is the club’s only fully fit right-back with both Juan Foyth and Japhet Tanganga out for the remainder of the season and Kyle Walker-Peters on loan to Southampton.

He will undoubtedly start against Sheffield United as his ability to drive down that ride hand side and contribute to the attack has been invaluable to Tottenham during the season.

The Belgian has missed Spurs two opening games since the Premier League restart but his long pass ability will be needed for this tight and tricky game.

Having been replaced by Davinson Sanchez against the Red Devils and West Ham, Alderweireld will hopefully be called upon to give rest to the young Columbian defender.

I believe he will start against Sheffield United as he will be needed for his long passing ability to bypass Sheffield’s midfield and give way to Spurs attack, not only that, his experience will encourage and inspire the younger defenders around him.

Paul Robinson has claimed the real reason Toby Alderweireld is being frozen out at Tottenham is because Jose Mourinho has already given up on a top-four finish. The ex-Spurs keeper, speaking exclusively to Football Insider correspondent Dylan Childs, claimed that the Portugese is already planning for next season and that is why Eric Dier and Davinson Sanchez are the first choice central defensive pair. Robinson believes Mourinho has found his preferred partnership in the heart of defence – Davinson Sanchez and Eric Dier. Thoughts on this? [Football Insider]

With two top class performances since the restart Eric Dier has been a key part in Spurs’ new found defensive prosperity.

The 26 year-old has found new form and a place in the starting eleven is well deserved after two great defensive performances in the last two weeks. And with the experience of his Belgian teammate, he should start on Thursday night.

Hailed as the key to Mourinho’s defence, Ben Davies contributes to the system Spurs want to play; defending with a back four but building play with a back three, allowing the Welshman to tuck in as a central defender when Tottenham are in attack.

He will undoubtedly start against Sheffield United as Jose believes that 19 year-old Ryan Sessegnon is not ready to play in that position in the Premier League.

A fan favourite, Moussa Sissoko is a great team player for Spurs, he contributes in ways that other players do not and also allows Serge Aurier to attack down the right flank while he covers the space behind.

Since returning from injury the Frenchman has been a powerhouse for Tottenham.

I believe he will start on Thursday night due to his impressive performances during the last two games.

The 24 year-old was awarded Man of the Match against West Ham last week due to his impressive creative performance.

Hailed as the successor to Christian Eriksen at Spurs, Lo Celso is another fan favourite and his creative ability accompanied with his impressive performances since the restart, warrant a return to the starting eleven.

As reported by Sky Sports, the 22 year-old wasn’t the Special One’s first choice during the January transfer window.

However, since his impressive debut goal against Manchester City during a 2-0 victory, the Dutchman has just kept on exceeding expectations.

He came on in the second half against West Ham as he suffered a knock against Manchester United the previous week and was deemed too risky to start.

But I believe he will start against Sheffield United as his competitor Lucas Moura had a rather quiet game last week and didn’t impress in the final third.

A controversial change from Dele Alli, Lamela has been able to play the ‘number ten’ role perfectly.

He offers something different from his young English counterpart: speed, aggression and the ability shift positions with the other attacking midfielders as well as put in dangerous diagonal through balls, something which Dele struggles to do at times.

Lamela will most likely be brought in to inspire Dele Alli to do better and against a very physical team like Sheffield United, the Argentine will be needed.

The South Korean has had a slow start since the resumption of the Premier League, despite having one goal marginally ruled offside versus West Ham, Son just hasn’t looked his best.

Albeit returning from injury, the 27 year-old is yet to make his mark on the team since the restart.

To enable him to get back to full fitness, however, Jose will have to play him in order to get the best out of the South Korea captain and the rest of his Spurs attack.

🕵️‍♂️ Jamie Redknapp: “Heung-Min Son is clearly offside and has not worked hard enough to get himself back onside”.

😳 Tottenham Hotspur attacker Heung-Min Son is offside by literally a toe-nail and it is simply millimetres.

Kane is Tottenham’s only recognised number nine and with academy product Troy Parrott out after having surgery, Spurs have no option but to play him.

But the England captain is slowly regaining form, a goal against West Ham made it 2-0 and quelled criticism from Sky Sports’ Paul Merson. This will do wonders for his confidence and match fitness.

Kane will start against Sheffield as he will be needed in order to secure vital points in the quest for Champions League football next season.

😬 Paul Merson claimed he was worried about @HKane under Mourinho…

📝 …who fired back in his press conferences and came with notes!