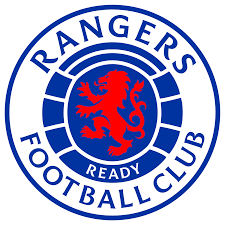 Rangers off to flying start in SPL

On Wednesday night Rangers made it three wins from their opening three matches as Old Firm rivals Celtic sat and watched following Boli Bolingoli’s Covid-19 lockdown indiscretion, which meant the postponement of their fixture with St.Mirren.

Steven Gerrard’s men took their opportunity to go top of the early runnings in the Scottish Premiership with a 3-0 victory over St Johnstone at Ibrox. Borna Barisic got the opener from a sublime free-kick before Ryan Kent and Joe Aribo scored either side of the break. Rangers top of the league on goal difference and have now not conceded in any of their opening three matches. Celtic will be out of action for a further two weeks, allowing the Gers to potentially open up a gap.

In Wednesday night’s other matches Motherwell drew 2-2 with Livingston. The hosts had led twice through David Turnbull, then Allan Campbell. The visitors had Lyndon Dykes and Allan Forrest to thank for giving them a share of the spoils from their trip to Fir Park.

It was a Ross love-in for Ross County as they secured a point with an 80th-minute penalty from Ross Stewart, this after Ross Draper had put the home side in front on 15 minutes. In between County goals Kilmarnock had equalised and taken the lead via Alan Power and the evergreen Chris Burke goals.

One more match was scheduled for Wednesday night but unfortunately postponed amid more Covid-19 controversy. The isolating Aberdeen squads match with the team who sit bottom of the table after two matches, Hamilton Academical.

BREAKING: Celtic's Bolingoli and Aberdeen's eight self-isolating players to be sanctioned by SFA and SPFLhttps://t.co/9iCK2RI80J

Ahead of Saturday’s fixtures Hibernian share top spot with Rangers with a perfect record of their own. They trail Gerrard’s side on goal difference currently.

Elsewhere in Scottish football Celtic have completed the signing of Albian Ajeti from West Ham United.

We hope you enjoyed this article ‘Rangers Continue Perfect Start’. Do you think Rangers can go all the way and win the Scottish Premiership this season? Let us know!