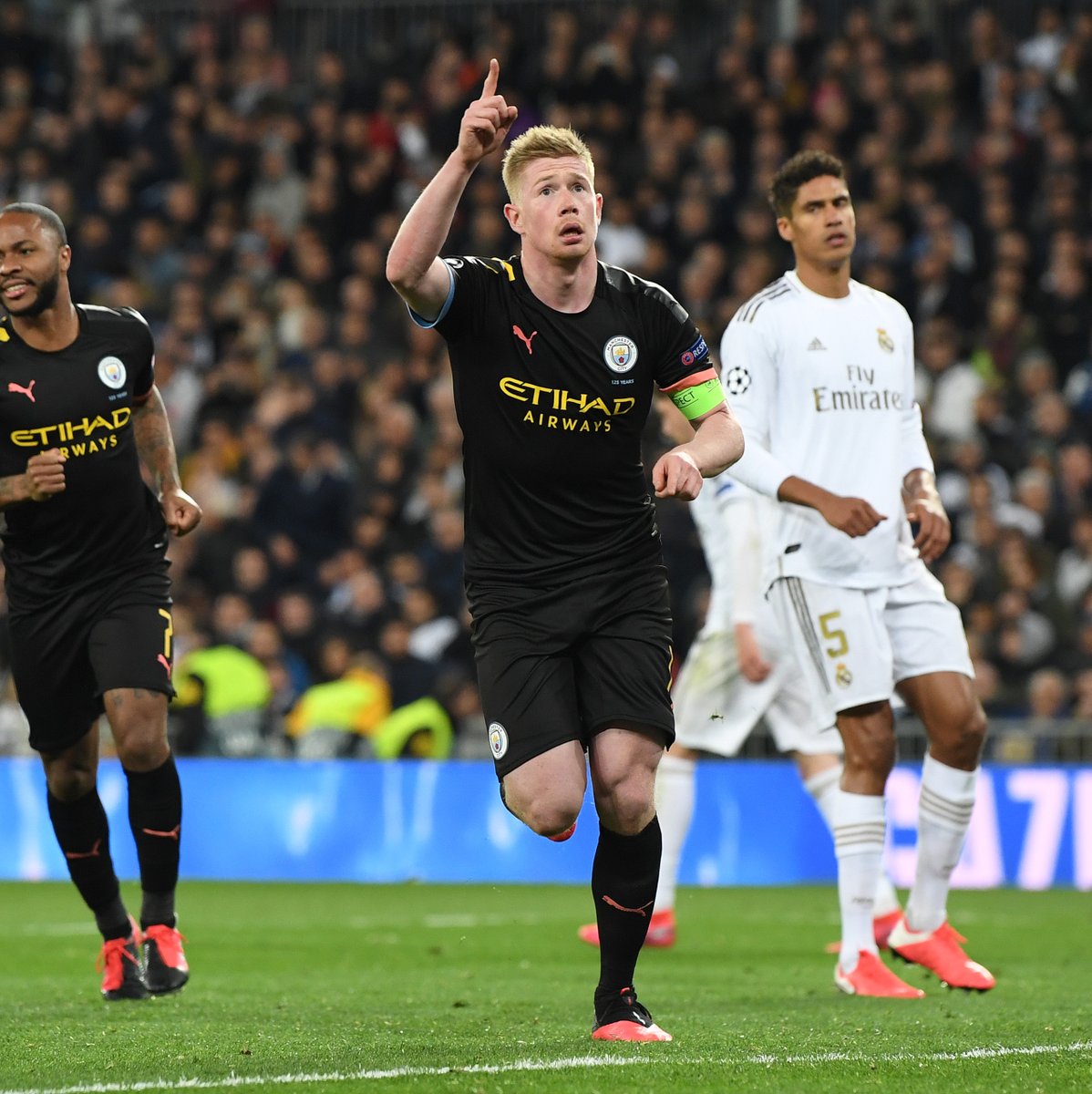 Manchester City managed to pull off an exceptional win against Real Madrid, the Champions League kings of Europe. Guardiola’s side staged an impressive comeback away from home putting them in pole position heading into the second leg at the Etihad Stadium next month.

Isco opened the scoring for Zidane’s side in the 60th minute following a Man City defensive mix-up, Vinicius Junior capitalising and squaring the ball onto the Spaniard who slotted the ball past Ederson.

Madrid out of nothing! 👊

Isco pounces on the Man City mistake, listen to that roar from the home crowd! pic.twitter.com/mfD2tkbKA4

Gabriel Jesus brought the away side level in the 78th minute with a close range header, De Bruyne sending a pinpoint cross into the middle of the box and onto the Brazilian’s head.

The vital away goal from Gabriel Jesus, the first from an English side in the knockout stages.

Brilliant work from Kevin de Bruyne for his 1️⃣7️⃣th assist of the season for Man City 🔥 pic.twitter.com/ExQC71JUcO

Raheem Sterling was then brought down inside of the box five minutes later, leaving Kevin De Bruyne to step up to the penalty spot and cooly convert the goal in the 83rd minute. The goal see’s De Bruyne score his 50th goal for Man City, not many coming as important as this goal.

Any chance of Real Madrid salvaging a draw was squandered after Sergio Ramos brought down Jesus on the edge of the box in the 86th minute, the Spaniard being shown the 26th red card of his career.

Sergio Ramos is OFF!

The 2️⃣6️⃣th red card of his career 🔴

Was he unlucky this time? 🤔 pic.twitter.com/LfVVcU9UPo

The result now leaves Man City firmly in the driving seat heading into the second leg on the 17th March at the Etihad Stadium.